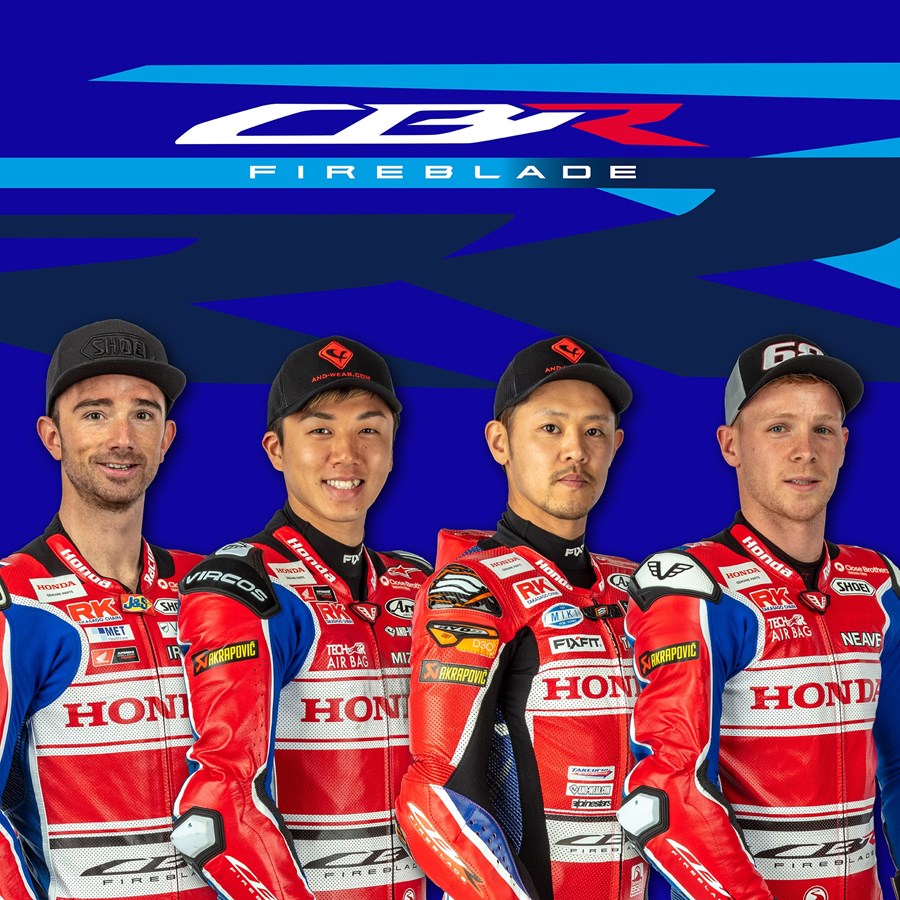 Honda Racing UK is pleased to confirm its plans for the 2022 Bennetts British Superbike Championship season, as Tom Neave steps up into the premier class alongside Glenn Irwin, Ryo Mizuno and Takumi Takahashi, as the Louth-based squad prepares its four-man assault on the British championship.

Having won the Pirelli National Superstock Championship this year aboard the CBR1000RR-R Fireblade SP, Tom makes his move into BSB, where in 2018 he made his debut in the class with the Honda team, standing in at Thruxton and Cadwell Park.

As part of the Honda Superbike Challenge Programme, 2022 will be the first full season for the Lincolnshire-ace in the Superbike class and after showing his potential in the Superstock series winning the title in 2021, and finishing runner-up in 2020, it’s going to be an exciting year for the reigning Superstock champion.

Glenn continues with the team for a third consecutive year and having had shoulder surgery at the end of the 2021 season, after being plagued with an injury for most of this year, he’s determined to be in the title fight from the start after showing potential with wins and podiums aboard the Fireblade SP in both the 2020 and 2021 seasons.

For Ryo and Takumi, this season was their debut year in the British series and having to learn new circuits, race on new tyres and without traction control the season was a steep learning curve for them both. Throughout the season the BSB rookies proved vital developing and testing new components for the Fireblade SP, and now armed with a years’ worth of circuit and bike knowledge, both riders are keen to move up the pack and score regular points next season.

Running four bikes in the Superbike class is a first for the Honda team and one that shows Honda UK’s commitment to the highly competitive British championship, as well as nurturing young talent through the Honda Superbike Challenge Programme. The programme is designed to support racers competing in national championships worldwide, to take further steps in their racing careers, which for 2022 sees Tom make the next step into the Superbike class.

Glenn Irwin:
I’m delighted to sign again with Honda Racing UK for the third consecutive season, I think we’ve had two years of a good foundation and an excellent debut with the Fireblade SP, and despite lots of little challenges we have learnt a lot about the bike. I expect good things and especially with the development from this season, what I want and what the team want is to step up and to fight more with the top runners on a consistent basis. Having Ryo and Takumi staying with the team is good and I enjoyed working with them this season and the input they had, at times they were starting to show more pace which will only help the team moving forward. Tom stepping up is fantastic and a teammate I’ve been wanting, he’s young, he’s hungry, very dedicated and will certainly keep me on my toes! It does no harm to have a teammate like that. I think 2022 can be a good season, I’ve been under the knife recently for my shoulder getting that fixed and I am looking forward to going into a new season clear of injury and I am looking forward to going testing.

Ryo Mizuno:
I’m glad to continue racing with the Honda Racing UK team in 2022. I’ll be aiming to keep on fighting and evolving with the CBR1000RR-R Fireblade SP each race to aim for better and better results. I’d like to thank my family, friends, and personal sponsors for supporting my racing activities.

Takumi Takahashi:
I’ll participate the British Superbike Championship in 2022. In 2021, most of the circuits were new for me and because of my injury, I was frustrated by the results. I’ve already started preparations for 2022 season to get a good result. My first target is the podium, but I’ll do my best for the victory.

Tom Neave
I’m not sure I can sum this up into a short one really but racing in the Superbike series is what I have worked towards since I started on tarmac, but certainly since I have been with Honda the aim was always to get into Superbike. I’ve served my apprenticeship finishing as runner-up in 2020 and this year becoming the Superstock champion, and now it’s time to graduate up to the next level, where the real work starts! I have never been so motivated to make it happen and can’t wait to figure it all out and just get testing on the Superbike now, it’s finally become a reality and I couldn’t be happier. Thank you to Honda Racing UK, Harv, Neil and everyone who has stood by, believed and worked with me to make this happen – 2022 I can’t wait!

Havier Beltran – Team Manager, Honda Racing UK:
I’m really pleased to see Tom move up the ranks into BSB for the 2022 season, it’s been a pleasure working with him in the Superstock class where we’ve watched him grow from his debut with the team, through to becoming the 2021 champion. It’s always great when you can support and nurture young talent into the next step of their career and it’s going to be an exciting season for him. I’m pleased Glenn is continuing with us, we know he has the pace to fight at the front which he has shown in the last two seasons with the team, it’s just been bad luck that has hampered his progress as well as injury this season, but I am confident a fit Glenn can be a contender for the title. I’m also delighted to have Ryo and Takumi back with us for next year, they played a vital role for the team this season testing and developing new components and now with more track knowledge, I think we’ll see them further up the grid and fighting for the top-ten.

Soichi Yamana - Department Manager, Motorcycle Department, Motor Sports Division:
I’m very glad to be able to continue our Honda Superbike Challenge Program journey with Honda Racing UK in 2022. 2021 was a short and challenging season, but Glenn and Mizuno both managed to make solid progress. I’m looking forward to the team, with Tom Neave joining us in the premier class, working together and improving in 2022. Through this programme, Honda continues to discover new talent through its worldwide network and nurture the next generation of riders. I cannot wait for the new season to start.

Neil Fletcher – Head of Motorcycles, Honda UK:
We’re delighted to see Tom move to his first full season in BSB following his fantastic performance this year becoming the 2021 Pirelli National Superstock Champion. The move is richly deserved and highlights the virtues of the Honda Superbike Challenge Programme which is focused on nurturing young talent. I’m really pleased that Glenn is continuing with us next season, he undoubtedly has the pace with many race wins and podiums over the last couple of years on board the latest Fireblade and we know he’ll be fighting at the front again. It’s great that Ryo and Takumi are staying with us for 2022. They played pivotal roles this year supporting the team by testing and developing many new components and with all the experience they’ve gained in 2021, am sure we’ll all see them move up the grid. I look forward to working with them all again and can’t wait to see the racing start again next year! 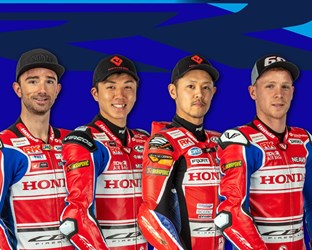