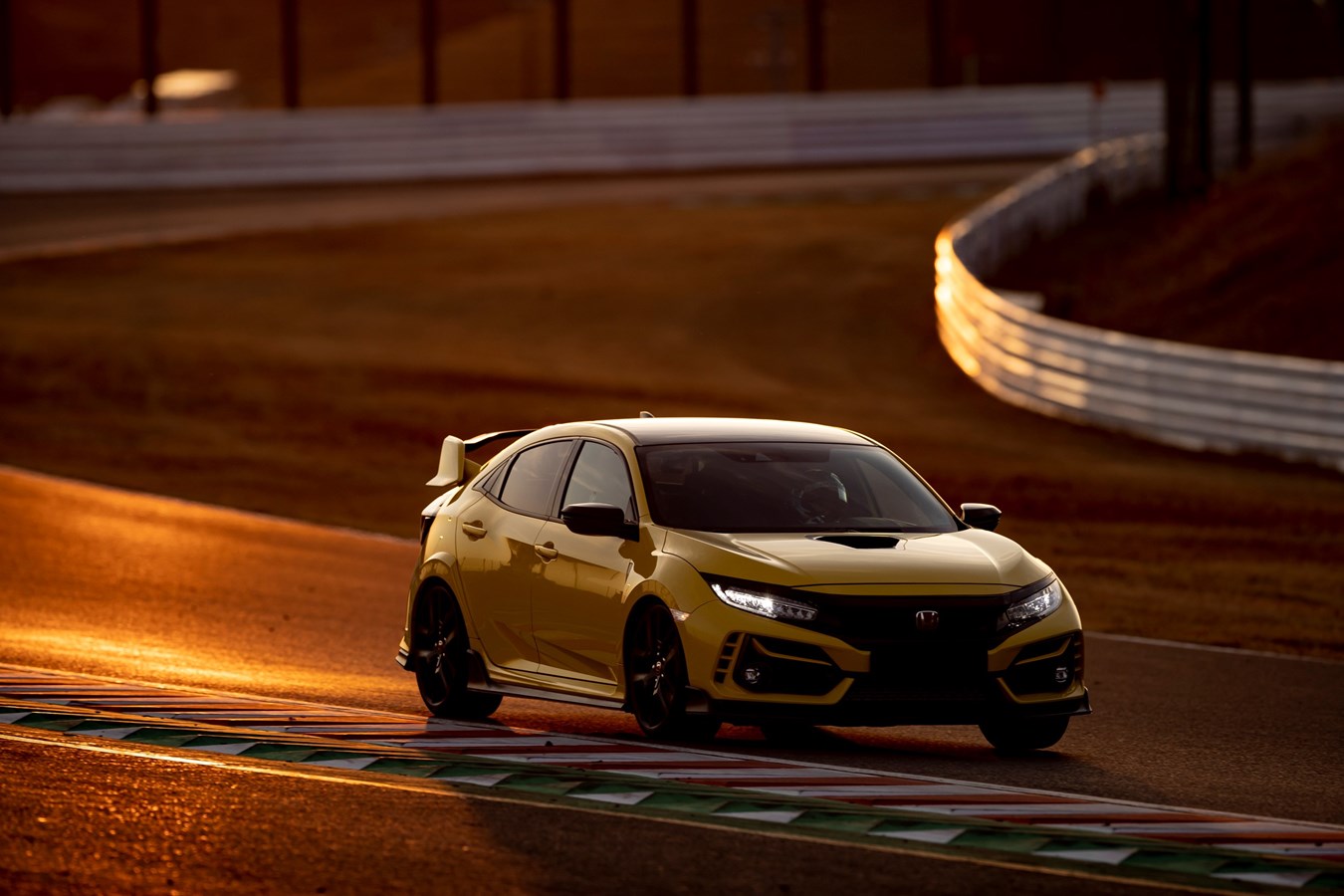 Honda’s most extreme Type R yet, the Civic Type R Limited Edition has set a new 2 mins 23.993 secs lap record1 for a front-wheel drive car at the world-renowned Suzuka Circuit in Japan2.

The Suzuka Circuit is a 5.8 km track famous for its high-speed chicanes and challenging corners, incorporated in a 'figure eight' layout that includes a long 1.2 km back straight that passes over an earlier part of the circuit. With its lightweight components, suspension and steering upgrades, and a stripped-back, driver-focused interior, the Civic Type R Limited Edition has pushed the boundaries of what’s possible from front wheel drive, on one of the most demanding tracks in motorsport.

Widely regarded as a highlight in the Formula 1 calendar, Suzuka has been an important test bed for developing performance Honda vehicles and engines since 1962. It was built on the instruction of company founder and president, Soichiro Honda, who famously said: "Automobiles cannot be improved if they are not put through their paces on the racing circuit."

The record-breaking lap was achieved by a Type R Limited Edition development car as it underwent its final performance evaluation in February 2020. The development car featured the same technical specifications representative of the production version, with no modifications or performance enhancements. The Type R Limited Edition is on sale across Europe now.

Hideki Kakinuma, Civic Type R Project Leader commented: "The Type R Limited Edition reflects Honda's dedication to refining the essence and driving pleasure of Type R as a sportscar and exceeding the expectations of our customers. The engineering team and I embraced a racing spirit that has been passed down for generations, and it’s this strong passion that’s driving the evolution of the Civic Type R towards becoming the ideal sportscar.

“For this model change, speed was further pursued in collaboration with Honda Racing Development (HRD) Sakura, which plays a key role in Honda’s motorsport development. This partnership led to the establishment of the fastest Type R3 lap record at Suzuka Circuit, often described as “one of the greatest circuits in the world.”

"Throughout testing, the introduction of a new two-piece floating brake system demonstrated braking feel and deceleration power exactly as intended by the driver” added Kakinuma san. “Combined with the improvement of load control performance, the result was a reduction in overall braking time and exceptional high-speed cornering performance, specifically enabling vital speed to be carried though the challenging 'S' curve and the second corner of the Spoon Curve at Suzuka. In addition to the increased braking performance, the exceptional grip from the adoption of Michelin Cup2 tyres and upgrades to the suspension and damper system control also provided the vehicle with highly-efficient dynamics and control, to easily manage the high speed switches of direction through the flowing Esses.

“Reduction of the unsprung weight from the lightweight forged wheels further improved road holding and increased traction during acceleration from the two tight Degner Curves and the famous 130R corner. An increase in engine cooling performance also enabled the vehicle to fully utilise its 320PS output to reach top speed on the back straight towards the end of the lap. All these advancements achieved by this Type R Limited Edition were proven by the time recorded at Suzuka Circuit.”

The striking Type R Limited Edition will be available in an exclusive new colour, 'Sunlight Yellow', and will feature an exclusive dark chrome Civic badge on the rear hatch and a contrasting gloss black roof. Gloss black wing mirrors and an intake vent on the bonnet complete its aggressive styling.

The interior of the flagship Civic Type R Limited Edition echoes Honda's sporting bloodline with red bucket seats and a plaque marking the build number of the car. The Alcantara-wrapped steering wheel and a newly designed teardrop style gear knob provides the driver with a greater sense of oneness with the Type R even on the highly technical Suzuka Circuit. The track-focused nature of the car means the infotainment and air conditioning systems are omitted to save weight, but the rear seats remain to ensure that that the Limited Edition retains the everyday usability for which the Civic is renowned. The new tyres and wheels, together with new lightweight components and a stripped-back interior all contribute to a 47kg weight reduction compared to the Type R GT variant.

Kakinuma san concluded; “The “advanced” Type R which I envisioned at the beginning of this development is now a reality, and I am overwhelmed by the result and how our efforts have been rewarded.

“The mission of Civic Type R is to continue to be considered as the “ultimate” vehicle. There is no end to this challenge. We believe that this model update enabled the Civic Type R to take one step closer to the ideal sportscar Honda envisions. Please enjoy!”

In addition to the new Limited Edition, the Civic Type R range has been extended to include a Sport Line variant that combines outstanding performance with a stealthier design and increased comfort. All models in the new Type R line-up, including the standard GT, have been upgraded for 2020, offering drivers many of the same performance enhancements that helped the Limited Edition achieve its record-breaking lap around the Suzuka Circuit.

These enhancements include the upgraded braking system, with two-piece floating front brake discs and new brake pads, which increases the car’s capabilities during high intensity driving. Meanwhile, the suspension set-up and Adaptive Damper System have also been improved across all Type R models for more responsive, sharper handling and improved ride quality.

2 Honda internal research (as of February 2020) 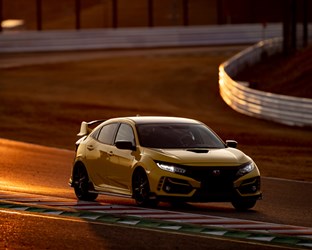 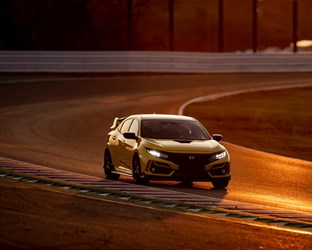