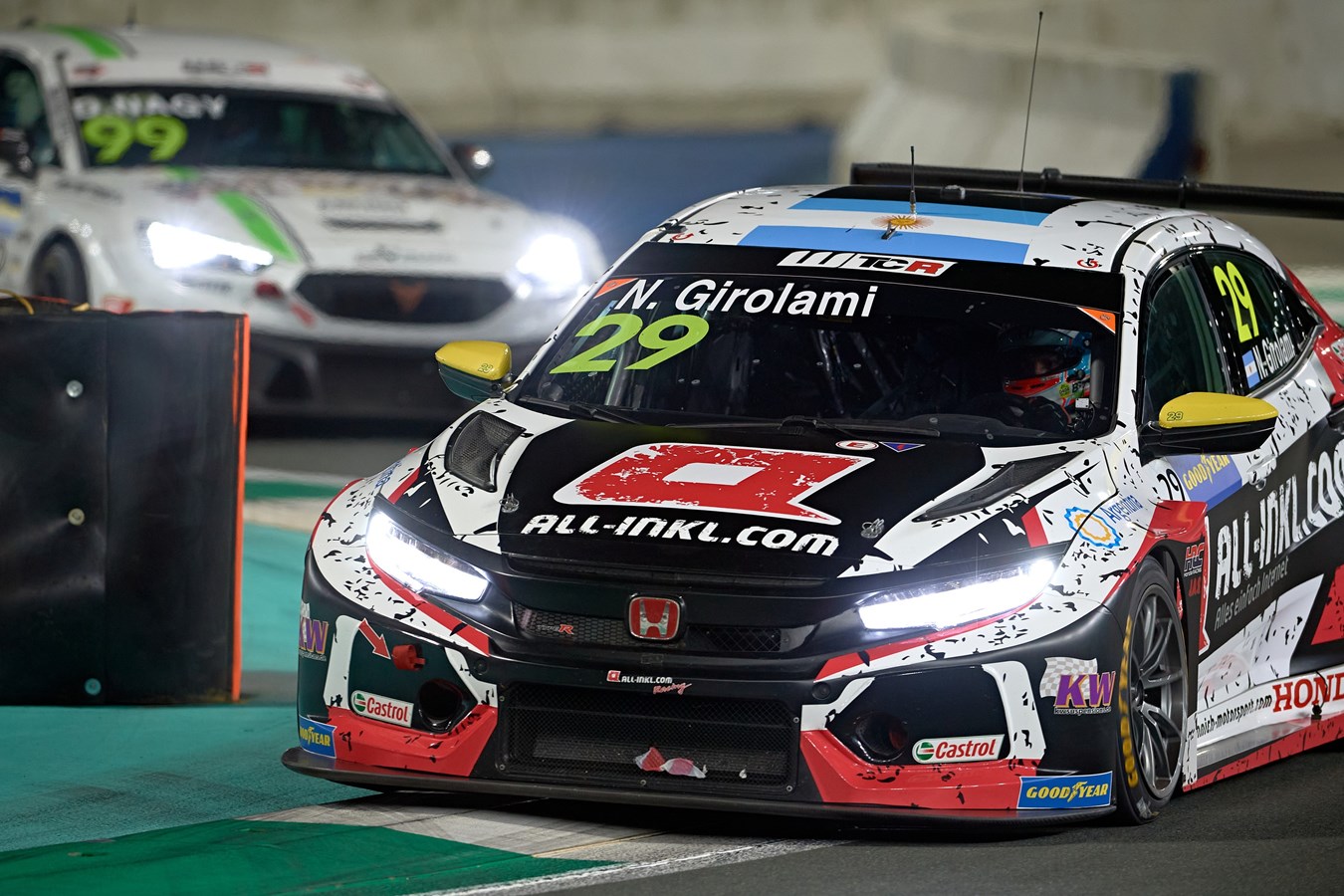 Faced with a back-of-the-grid start for both races, ‘Bebu’ was up against it but kept his head to advance into the top 10 on two occasions.

In a cagey Race One, he made four positions on the opening lap to run 11th, and was later allowed through by ALL-INKL.COM Münnich Motorsport team-mate Esteban Guerrieri. They ran in formation thereafter as Nestor bagged an important eight points.

Race Two was more chaotic, but the Argentinian kept his Honda Civic Type R TCR clear of trouble ahead as he picked his way through to eighth in the opening laps.

Some determined defending meant he was on course to seal second in the points anyway, but a collision ahead that eliminated his rival in the standings guaranteed Nestor his best overall finish as the race concluded behind the Honda Civic Type R Limited Edition Safety Car.

Runner-up spot, with a record that includes two victories and three pole positions, equals the best finish for a Honda Racing driver in the series.

Esteban ended his fifth campaign in the WTCR with two 11th-place finishes, having overshot at the first corner while challenging for the lead in Race Two.

Despite missing the chance to add to his enviable record as a result, the Argentinian still ends his time in the WTCR with a record 10 victories - two clear of any other driver - and a further 15 podiums.

His and Nestor’s results this year also meant that ALL-INKL.COM Münnich Motorsport matched the runner-up finish they achieved in the Teams’ standings in 2020.

There was disappointment for LIQUI MOLY Team Engstler driver Attila Tassi, who ended his season with a retirement having led the finale.

Attila made an excellent start from pole on the partially reversed grid to retain the lead, which he again preserved on lap two with some determined defending.

But he was then needlessly wiped out by an overly ambitious lunge from the third-placed car into Turn 1 on lap three and, having been hit, limped his Civic Type R TCR back to the pits.

That compounded a difficult final race day for the Hungarian, who had a clutch issue at the start of Race One and ended up 14th via two visits to the pits.

Team-mate Tiago Monteiro was still left fighting for all his worth to extract the maximum from his car but plugged away to see out a tricky 2022 campaign with two points finishes.

The Portuguese, a double WTCR race winner, was 13th in Race One before closing the campaign with a ninth-place finish, right behind Nestor.

The Civic Type R TCR ends the WTCR era having played a vital role in the series’ success; it is the only car to have won in all five seasons of competition and in total claimed 22 victories, the most for any model.

Nestor Girolami: After what I’d say was a bad day for us yesterday, we’ve finished the year on a real high. Second in the Championship was the maximum we could expect this year considering the performance of our competitors so I’m really happy to achieve it - especially having fought so hard today. Everything went in the right direction this time and I’m really proud of ALL-INKL.COM Münnich Motorsport for their support and for four amazing years. That goes for Honda too; I could run out of ways to say thank you because I’ve lived my best four years in motorsport so far with Honda, and I hope this story can continue in the future.

Esteban Guerrieri: The day in general was a summary of the season, which was a bit inconsistent with some very unlucky moments; those don’t add up to making a solid campaign. But the sweet side is that Nestor was able to secure second overall and we also got second in the Teams’ standings, which is very positive. I leave the WTCR with my head held high. It’s always nice to fight at the top level of tin-top racing and I feel very privileged to have been able to do so representing a brand such as Honda. A final big thank you to ALL-INKL.COM Münnich motorsport, to Honda, and to everybody that was involved in this project.

Attila Tassi: In Race One I had clutch issues, so the attention turned pretty quickly to getting the car back in one piece and making sure it was OK for Race Two. I knew I’d be starting with cars around me that were faster in a straight line so that made getting a good start vital. Once I’d held the lead I had a really nice fight and managed to keep my car ahead, but then at the start of lap three the car in third arrived with so much speed into the braking area and hit me - I don’t know why he released the brake. It’s not the way I wanted to end the season at all, but thank you to LIQUI MOLY Team Engstler and to Honda, not just for this season but the past four seasons.

Tiago Monteiro: On a positive note, it’s good to finish in the top 10 in a weird race, but the performance was much like yesterday so it goes down as a frustrating end to a very character-building and difficult season. We did try to turn things around and find solutions, but overall the conditions we did them in probably weren’t ideal in a Championship where everything operates at such a high level. Time will tell what’s going to happen in 2023 but I’ve learned a lot this year so let’s gather everything up and analyse everything we could have done better, regroup and improve. 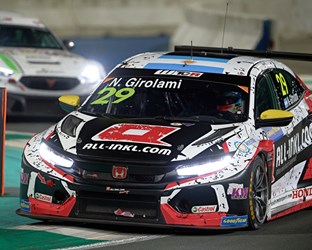