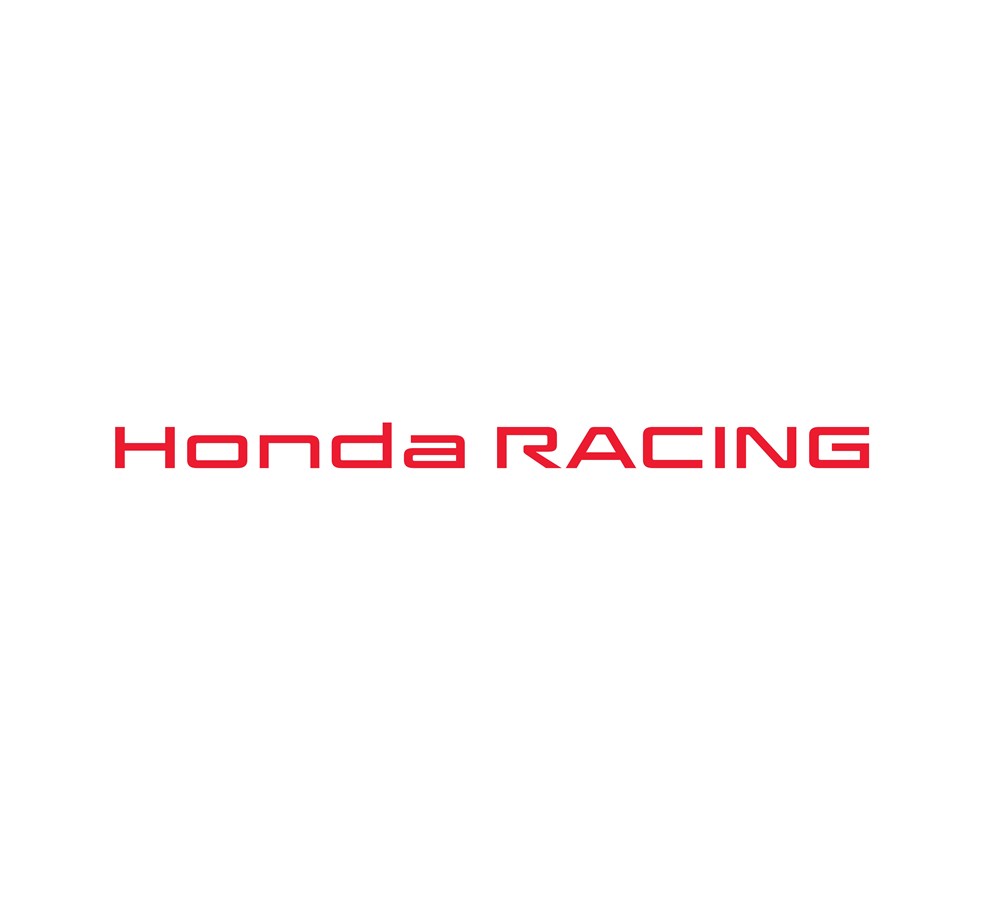 ■Summary of speech by Shinji Aoyama,

In 1959, Honda competed in the Isle of Man TT Race for the first time, in our company founder Mr. Soichiro Honda’s quest to become the world’s number one in technology. Since then, Honda has been competing in various motorcycle and automobile races around the world. Many generations of Honda engineers and motorsports team members who came before us faced difficulties over and over again while competing on the world stage, but they overcame such difficulties and accumulated victories by taking on challenges without giving up. In motorsports, this attitude is indispensable for refining our people and technologies, and it is at the root of Honda motorsports activities. We will continue to further strengthen this ‘challenging spirit’ and keep evolving our motorsports activities together with our fellow riders, drivers and everyone who takes on challenges with us.

In the meantime, Honda has another critical mission to pursue in the area of motorsports. It is the realisation of carbon neutrality. Honda has already been conducting research and development of technologies for carbon neutrality while proactively leveraging the field of motorsports. From now onward, we will further enhance our initiatives to put such technologies into practical use in our racing activities. Moreover, starting with motorcycles, we will explore possibilities of introducing electrified vehicles in actual races where we compete.

Moreover, this year, with the aim of becoming an even stronger racing brand, we established a new structure where Honda Racing Corporation (HRC) assumes responsibility for automobile racing activities in addition to its existing functions for motorcycle racing activities. As a result of this change, we started seeing some positive effects of mutual collaboration of the technologies and know-how Honda has amassed in the respective areas of motorcycle and automobile racing. For example, in the area of automobiles, we are currently exploring the possibility of supplying base vehicles suitable for “participatory” motorsports that more people can enjoy more casually. For the development and supplying of such vehicles, we can share the know-how of Honda motorcycle racing divisions which are already engaged in similar activities. This is just one example, but by leveraging synergistic effects between motorcycle and automobile racing experience to the maximum extent, we will achieve outstanding performance in racing, and at the same time, we will strengthen our initiatives to offer more “participatory” motorsports opportunities which will enable more customers to enjoy Honda technologies and motorsports, and we will strive to popularise motorsports among a broader range of people.

In order to fulfil the expectations of motorsports fans and Honda fans and customers all around the world and deliver more dream-inspiring and exciting experiences for people, we will continue putting our energy and effort in motorsports activities and keep taking on challenges.

The 2022 FIM*1 Grand Prix World Championship (MotoGP) season ended in disappointment for Honda with no wins. However, Marc Marquez, who had been out of racing due to his fourth surgery, returned to race in the second half of the season and achieved a podium finish. Moreover, in the FIM Motocross World Championship (MXGP) and the FIM Trial World Championship (TrialGP), Tim Gajser and Toni Bou won championships, respectively. Therefore, reclaiming the championship title in MotoGP is one of the top-priority challenges for Honda.

From the second half of the 2022 season, Honda began incorporating knowledge from its automobile racing divisions in the area of aerodynamics and began to see synergistic effects between motorcycle and automobile racing experience including an improvement in aerodynamic performance. In the future, Honda will further strengthen its competitiveness by leveraging its knowledge in automobile racing in the area of combustion technology through co-creation between motorcycle and automobile racing divisions. Moreover, in the 2023 season, Joan Mir, the 2020 MotoGP champion, will join the Repsol Honda Team, and Álex Rins will join LCR Honda. By further strengthening its teams as well, Honda will strive to recapture the triple crown, the MotoGP rider, constructor and team titles.

In the area of fostering young riders, Honda Team Asia, which competes in the Moto2 and Moto3 classes of MotoGP, reached the 10-year milestone in the 2022 season, during which Ai Ogura demonstrated outstanding performance and battled for the championship until the last race of the season. In the 2023 season, Honda will continue the activities of Honda Team Asia and also continue to utilize IDEMITSU Asia Talent Cup (IATC) as a program designed to foster young riders. Through these initiatives, Honda will strive to discover and foster more riders who can compete in world-class races.

In the FIA*2 Formula One World Championship (F1TM), based on a request from Red Bull Group, HRC supported Red Bull Powertrains (RBPT) which supplies the power unit (PU) that employs Honda’s PU technologies to Scuderia AlphaTauri and Oracle Red Bull Racing, two Red Bull Group teams, and contributed to winning the drivers’ and constructors’ double title by Oracle Red Bull Racing. Honda will continue its support for RBPT in the 2023 season.

Moreover, Honda will support participation of young Japanese drivers who are striving to compete in the pinnacle of world automobile racing in the FIA Formula2 Championship (F2) and other races, following in the footsteps of Yuki Tsunoda who will be competing in F1 with Scuderia AlphaTauri for the third consecutive year.

In Japan, Honda will strive to recapture the championship title in the GT500 class of the SUPER GT Series for the first time in three years by making changes to the team structure. Moreover, in the Japanese SUPER FORMULA Championship, where the second consecutive win was achieved in the 2022 season, Honda will welcome some new drivers, including one who received a scholarship from the U.S.-based Honda Performance Development (HPD), and strive for the third consecutive win in the 2023 season.

In North America, through HPD, Honda will supply engines to 15 cars with 6 teams competing in the IndyCar® Series. In the IMSA*3 WeatherTech SportsCar Championship, two teams will compete with the ARX-06, an Acura brand machine supplied by HPD.

*Honda teams competing in the MFJ All-Japan Championship races will be announced as soon as details are finalized.

Honda will continue to foster young riders and drivers who strive to compete in top categories.

In the area of motorcycle racing, Honda will continue the activities of Honda Team Asia, which will compete in the Moto2 and Moto3 classes of MotoGP in the 2023 season, and also continue to utilise IDEMITSU Asia Talent Cup (IATC) as a program designed to foster young riders. Through these initiatives, Honda will strive to discover and foster more riders who can compete in world-class races.

In the area of automobile racing, Honda will further strengthen the environment to foster young drivers by offering development opportunities in formula races in Europe, FIA-F4 or Super Formula Lights races in Japan, and other races through the Honda Formula Dream Project (HFDP). Moreover, Honda will continue and strengthen its collaborative relationship with Red Bull Racing in the area of driver development. In Europe, Honda and Red Bull Racing are jointly working on plans to send Japanese drivers to GB3 Championship in the U.K. in addition to FIA-F2.

Furthermore, in Japan, as in 2022, Red Bull Racing drivers will become ambassadors to HRS and teach the driving techniques of the world’s top level drivers directly to HRS student drivers, supporting their growth toward their goal to compete in world-class races. In addition, the joint driver development program Honda conducts jointly with Red Bull Racing at the Japanese SUPER FORMULA Championship (SF) also will be continued, and starting in 2023, jointly with HPD, Honda will offer a scholarship program to invite top drivers who compete in the Formula Regional Americas Championship to the SF.

■Honda initiatives to expand the popularity of motorsports

Honda has been making active efforts to expand the popularity of motorsports. In order to convey the fascination of motorsports to a broader range of people, Honda has been conducting various events and activities including ones that can be enjoyed more casually by those people who are not yet so familiar with motorsports.

HRC is hosting one-make races at approximately 30 circuits throughout Japan under two categories of races with different purposes - to simply enjoy motorsports and to foster future MotoGP riders.

The one-make race series are being held at a number of circuits throughout Japan. In addition, HRC has been hosting some Japan-wide races (at Suzuka or Motegi) for riders who fulfil certain conditions and offering support for riders to step up through training classes. In other words, the HRC one-make race series have been a stage where participants can enjoy the races and/or strive to realise their dreams.

N-ONE OWNERS’ CUP is a participatory motorsports program that utilises the N-ONE mini-vehicle. With the aim of offering a race where more people including racing beginners can participate more casually and experience the joy of driving/operating their vehicles, the N-ONE OWNERS’ CUP started in 2014, taking the form of a sprint race with commercially available vehicles licensed for public roads. With this existing concept that has proven popular, this motorsports event will again be held at eight circuits spread around Japan in 2022: Suzuka Circuit, Mobility Resort Motegi, Okayama International Circuit, Fuji Speedway, Autopolis International Racing Course, Sportsland SUGO, Tokachi Speedway and Tsukuba Circuit.

The Honda Sports & Eco Program, which started in 2012, underwent a renewal and started in 2022 as the new Honda Sports Driving Program [SCHOOL] and will continue in 2023 at both Suzuka Circuit and Mobility Resort Motegi. The Honda Sports Driving Program [SCHOOL] is a program designed to enable more people to casually experience the fun of motorsports by using race-ready Honda Fit RS*7 with the concept of “drive, refine and compete.” In addition to the race-ready Fit RS, all necessary equipment is available as retail equipment for those who wish to participate in the program without their own equipment. The program also enables participants to obtain various types of licenses, making it possible for a wide range of people to enjoy the program, from motorsports beginners to those who are looking to compete in races.

To show its appreciation to motorsports fans, Honda will host Honda Racing THANKS DAY 2023 after the completion of the 2023 season. The date and program details will be posted on the website as soon as they are available.

Honda Mobilityland Corporation strives to contribute to the further growth of a motorsports culture in Japan by continuing hosting various events and races in 2023.

The Suzuka Circuit, which opened in 1962 as the first full-scale race course in Japan, will host a multitude of events again in 2023, including the F1 Japanese Grand Prix, where Yuki Tsunoda, in his third year competing as an F1 driver, is expected to show a great performance. Other races to be hosted by the Suzuka Circuit in 2023 include the Suzuka 8 hours Endurance Road Race, which will be held as a part of the FIM Endurance World Championship (EWC). Mobility Resort Motegi will continue hosting various races and events throughout the year including the FIM Grand Prix World Championship (MotoGP) race as well as the FIM Trial World Championship (TrialGP).

Main international races to be hosted by Honda Mobilityland 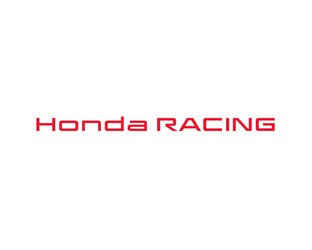