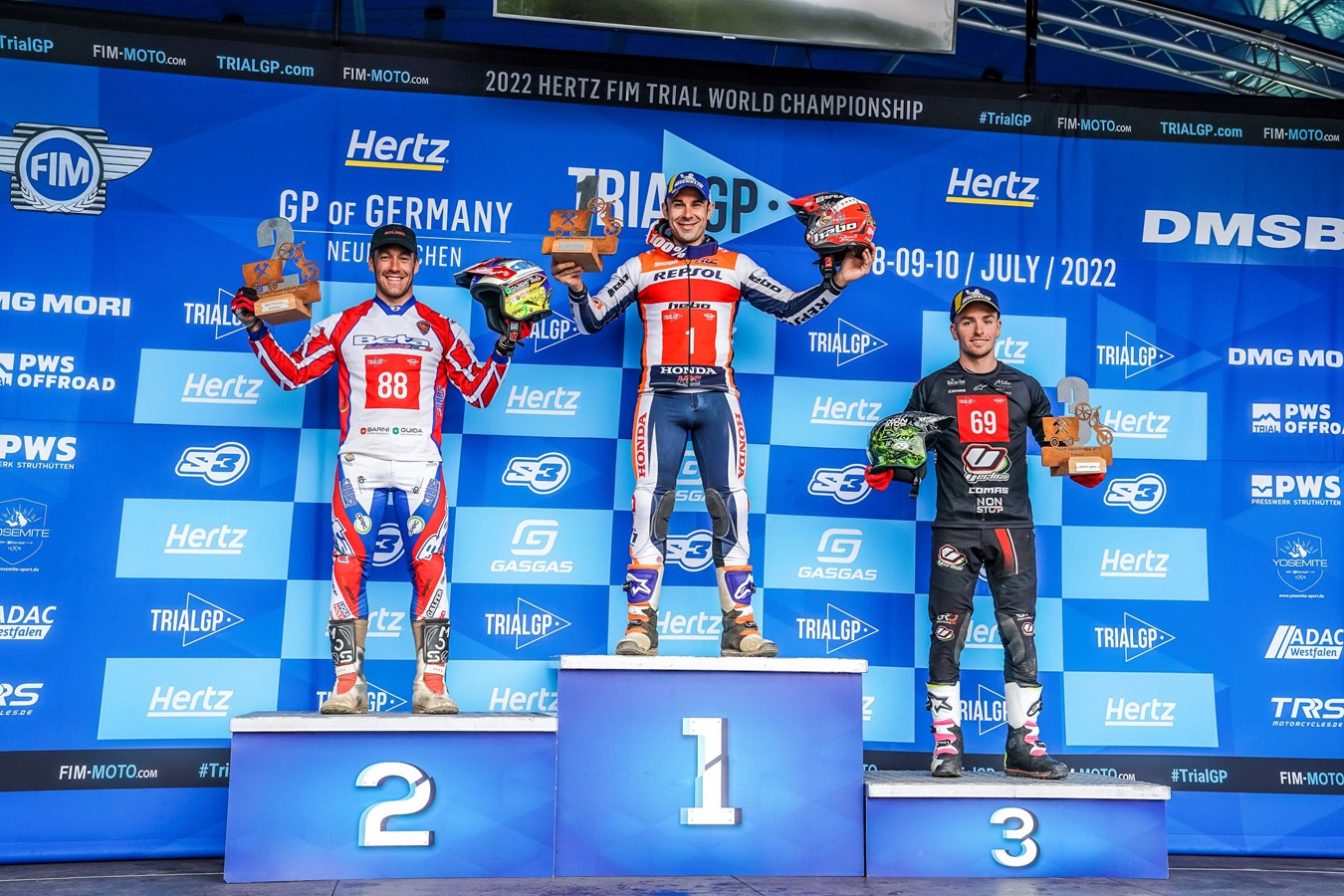 The demanding wooded and natural areas of Neunkirchen once again characterised the second day of the TrialGP World Championship in Germany. With yesterday’s reference points noted and a minor storm after the podium celebration, Toni Bou came out guns blazing from the get-go this morning. The highlight of the day was, however, the brawl for the top-spot between Jaime Busto, Matteo Grattarola and Toni Bou himself. The Repsol Honda Trial Team rider finished the first lap in second position and managed to minimise the mistakes on lap two to claim a close win that was not decided until the final two sections. Bou’s twin victories in Neunkirchen means the Catalan rider takes his tally to five consecutive wins in Germany, after a victory in 2011 and two wins in 2016 in Gefrees. Furthermore, Toni Bou continues to strengthen his overall lead in the general standings, with a total of 114 points, 23 points ahead of the nearest second-placed rider.

Having passed the halfway point in the 2022 season, the TrialGP World Championship now takes a five-week summer break. The action will return on the weekend of August 20 and 21, with a one-day race in Comblain-au-Pont (Belgium).

I am very satisfied with the weekend here in Germany. For us it was a complicated and uncomfortable trial, both yesterday and today. We knew we couldn't make mistakes on the second day. It's true that we made two serious mistakes on the first lap, although we were lucky that everyone made a few mistakes too. Looking ahead to the second lap, we knew that the rider who didn't make a mistake would be the winner, so I tried my hardest. We made a small mistake in section six, but I also wanted to play it safe, because a five there could have meant losing the competition. Finally, in the last two sections were where we had to attack and do well. Fortunately, everything went well and we won the trial in section 11. In terms of the championship, it has been a very good weekend and it has been something exceptional because of everything that has happened. Now Jaime Busto is second, 23 points behind, and the truth is that being so many points ahead after only six rounds is really positive, although there is still a long way to go in the championship. 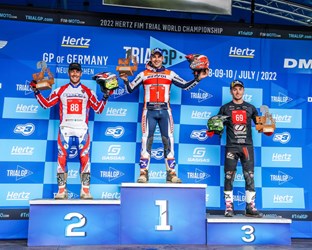