Eighth Podium Of The Season For Verstappen 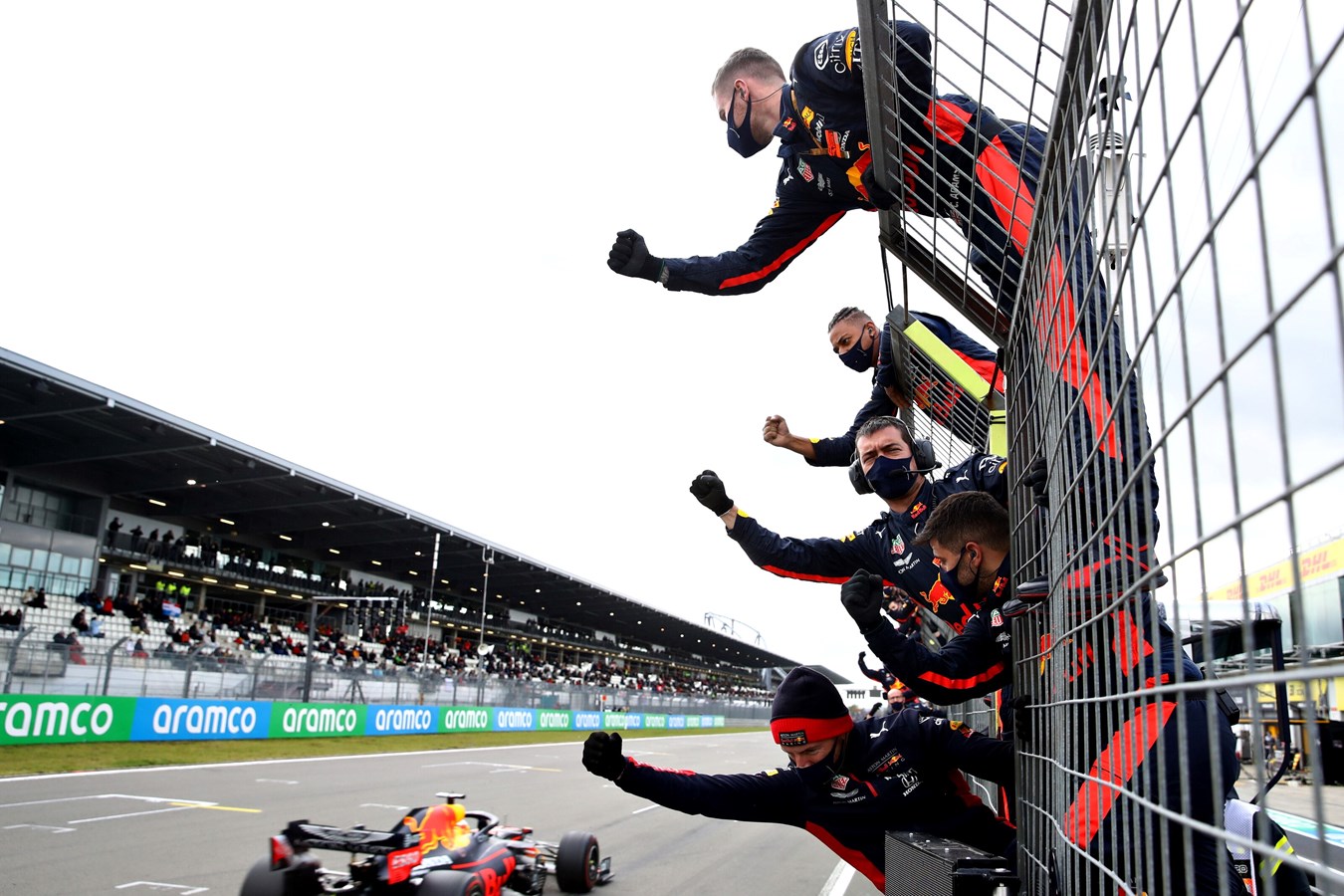 While Max and Alex both started in the top ten on soft tyres, the AlphaTauri pair of Pierre and Daniil had free choice in P12 and P13 respectively so both started on the medium compound.

At the start, Max attacked Lewis Hamilton but settled into third place and kept the two Mercedes cars ahead honest, while Alex slipped back to run sixth. A lock up on the first lap gave Alex a big flat spot that meant he was forced to make a pit stop on lap seven for safety reasons, switching to medium tyres while the other three cars ran longer.

Unfortunately, as Alex was fighting back through traffic he misjudged a gap after overtaking Daniil on lap 16, clipping the AlphaTauri’s front wing and breaking it off. Daniil was forced to do a whole lap at slow speed and came in for a new front wing and hard tyres to try and salvage something from the race. A

fter Alex was given a five-second time penalty for the incident, some debris then pierced his radiator system and led to rising temperatures that meant he had to retire the car.

That left two cars fighting in the points, with Max climbing to second place after Red Bull cleverly took advantage of a Virtual Safety Car (VSC) period. Valtteri Bottas had made a mistake and needed to take an early first stop, but a brief VSC soon after offered the team the chance to bring Max in and lose less time, emerging behind Hamilton but ahead of Bottas.

Pierre ran long on the mediums but then switched to a set of hard tyres at the halfway point, and had climbed into the top eight when Lando Norris retired to trigger a Safety Car. At this point, Max, Pierre and Daniil all stopped for soft tyres with 15 laps remaining. Max held onto second while Pierre made excellent progress, jumping Romain Grosjean instantly at the restart and then pulling a great move around the outside of Charles Leclerc with nine laps to go to take sixth place.

Unfortunately for Daniil, he was unable to recover any further as the rest of the drivers ahead of him could also fit fresh rubber late on and was classified 15th. Max also grabbed an extra point for setting the fastest race lap, on the very last lap of the race.

”Today’s Eifel Grand Prix was held in exceptionally low ambient and track temperatures. Starting from third, Max produced another excellent second place finish for Aston Martin Red Bull Racing, just as he did two weeks ago in Sochi. He also set the fastest race lap right at the end of the Grand Prix, which is a good sign for the upcoming races. For Scuderia AlphaTauri, Pierre drove a very strong race to go from 12th on the grid to sixth, thanks to several exciting passing moves. His and Max’s performances are both very encouraging for the rest of the season. Unfortunately, Daniil and Alex were less successful this afternoon. In fact, Kvyat’s race was compromised when he lost his front wing after the collision with Albon and later, the team decided to retire Alex, after debris caused a radiator to leak, which led to a PU issue. In two weeks’ time, we go to what is another brand new venue for F1 in Portugal, therefore we will be doing a lot of simulation work to prepare for it to the best of our ability. Finally, on behalf of Honda, congratulations to Lewis Hamilton on the great achievement of equalling Michael Schumacher’s record of 91 F1 wins.”

”Overall it was a positive weekend and I think we can be very pleased with another second place. I tried to keep as close as possible to Lewis during the race and we just didn’t quite have the pace to fight him but overall I was pleased with the performance. We have taken a step forward with the car this weekend, so I am of course happy with that, but we still need to improve and we will keep pushing so we can take the fight to Mercedes every weekend. The Safety Car re-start was not easy with the cold temperatures and the tyres, especially with the others behind having a bit of a temperature advantage after catching up to us, but I managed to keep them behind and pull away again with Lewis. I’m of course also happy with the point for the fastest lap which was an extra bonus. It’s also good to see Daniel back on the podium, he is a great driver and he really deserves it.”

”I’m really happy today because yesterday was pretty difficult for us. I didn’t feel so good with the car as we didn’t manage to get the balance where we wanted. We know that on Sundays we usually have a bit more pace to fight and be in the mix for points, and today it was good fun. I had a lot of battles on track – attacking, defending…all sorts of situations and I must say I really enjoyed it out there! The team took all the right decisions in the right moments, so I think we can all be very pleased with sixth position today.”

”Not a good one today, my race was pretty much ruined from the moment I had contact with Albon. I don’t know what he wanted to do but as a result, I lost my front wing and the car was massively damaged on the floor and brake ducts. I lost so much time doing that slow lap to the pits without a front wing, then the pit stop was obviously slow to replace it, so there wasn’t much I could do afterwards. The car was missing a lot of downforce, so I struggled for the rest of the race. I was just hoping for some rain or something to happen to be able to catch up, but nothing happened. It’s a shame because until that incident with Albon it really looked like it could have been a very strong race, I think we could have done well today.”

”The pace in the car was good today so it’s a shame to have a result like this and not see where we could have finished the race. I had a lock-up avoiding contact on the first lap which meant I had to pit really early because I had severe vibrations from a flat spot on the tyre. I don’t really know what happened with Daniil and I need to watch it back. I think he may have run a little wide into the chicane when we did the re-start and I guess it was a bit of misjudgment from my side. After that, the Team saw the temperatures rising and I was asked to box and then retire the car. It initially looked like a power unit issue from the data but the Team investigated and found that some debris had pierced the radiator system which led to the rising temperatures. It is definitely not the way I wanted to end the weekend as the car felt good, but onwards and upwards and I’m looking forward to Portimao in a few weeks’ time.” 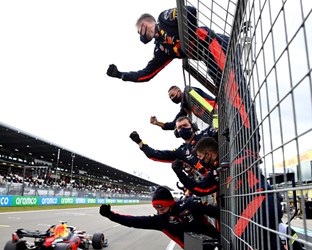