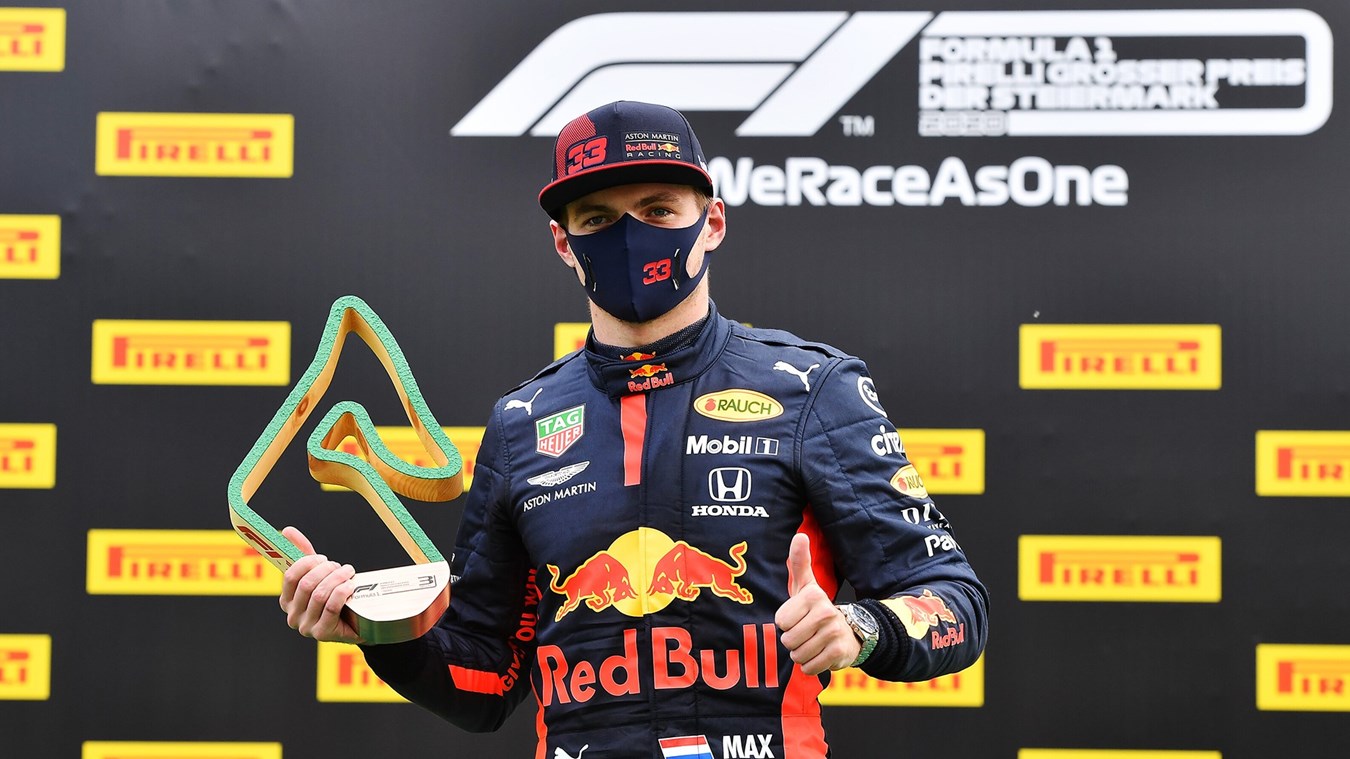 The second consecutive race at the Red Bull Ring yielded a podium for Aston Martin Red Bull Racing as we secured points with three of the four Honda-powered cars.

Max lined up second on the grid with Alex in sixth, and the positions remained unchanged off the line but Alex soon found his way past Esteban Ocon and Carlos Sainz to run fourth. Max kept Lewis Hamilton in sight for most of the first stint, but then Red Bull opted to pit earlier than the two Mercedes cars on lap 24 to cover off the undercut from Valtteri Bottas behind. Both Red Bulls started on the soft compound tyre an Alex ran longer in his first stint, pitting on lap 36 and settling into fourth place for the second part of the race while being wary of Sergio Perez climbing through the field behind him.

Pierre made a good start from seventh and ran in the top ten before pitting for hard tyres on the same lap Max came in, but he then struggled in the second part of the race and needed a second pit stop that took him out of contention for points. The two Scuderia AlphaTauris were closely-matched as Daniil also ran longer and matched Alex’s pit strategy, coming in on lap 36 for hards.

As the race wore on, Max picked up some front wing damage and he was left susceptible to attack from Bottas, pulling off a brilliant overtaking move around the outside of Turn 4 to re-take second place after dropping behind due to DRS on lap 66, but when the Finn attacked a lap later, this time Max had no answer.

Max came home third while Alex defended well from Perez despite the Racing Point sitting within DRS range for much of the final spell of the race. A clumsy attempt to pass from Perez saw slight contact but Alex continued to secure fourth and a total of 27 points for Red Bull. Daniil made it three Honda-powered cars in the top ten with tenth place and the final point, ensuring all four of our drivers leave Austria with points on the board from the opening two races.

“Today, we had the second race in the space of a week at the Red Bull Ring and we are pleased that Max was able to get his and the team’s first podium finish of the season. After the difficulties we experienced a week ago, with the Aston Martin Red Bull Racing cars, we worked closely with the team to investigate the cause of their retirements and we were able to take countermeasures to deal with the different issues. We also worked on improving on the performance side. As a result, we saw all four Honda-powered cars completing the race, three of them in the points, as Alex went from 7th to 4th, and Daniil finished tenth. Pierre did very well in qualifying and showed good pace early on, but after contact with another car he sustained some damage. I am sure he will fight back next weekend, when we face a third consecutive race, but at the Hungaroring this time. The forecast is for very hot weather, so part of our preparations will be to pay close attention to cooling.”

“Today we maximised the result with the podium and it’s of course good to be back up there, but we were just too slow to really fight for the win. I pushed as hard as I could and tried everything to stay with Lewis but it just wasn’t possible. We have work to do and we will keep pushing as hard as we can to improve and I know how hard everyone is working. For me, it wasn’t the most exciting race up until I had a lap of fighting with Valtteri. My tyres were pretty dead at that point and I knew he was going to pass me, but I wasn’t going to make it easy and had a bit of fun re-passing him around the outside. I had nothing to lose as there was such a big gap behind so there was no risk. P3 is of course good points but it’s still not what we want, we want to fight for victories every weekend, so I hope Hungary is better for us. With less straights, we should hopefully have more chance and maybe it will be hotter than today. For now it’s time for everyone to have a few days to rest and re-set for next week.”

“The race was ok and P4 is a good amount of points for the Team, especially after last week’s DNF, so we definitely needed that. On my side, I was fighting a bit further back than I would have liked and my race pace wasn’t amazing. There’s time to find on my side but we’ve understood the car better this week and I think we know where to improve. With the long straights and types of corner here we struggled a little but I think Max and I both agree on where we can improve the car. Towards the end of the race, Perez was very quick. On the last lap he had a decent run on me into Turn 4 but I left him enough space. I think he ran a bit wide and we touched but we avoided a crash so it was ok and just hard racing. We’ve got a week now until Hungary to see what we can do, I think Mercedes will be hard to beat as we saw today as they’re really strong, but we’ll keep pushing.”

“I have to say that even if Friday and Saturday were quite difficult, it was a fantastic race for me today. I did my job and I brought the car home to score one point, with much fewer retirements compared to last week, so I’m happy. Everything was executed well and while I was often under attack, I was able to defend my position and I could even open the gap with the ones behind me towards the end of the race. Let’s think of Hungary now, it’s just around the corner.”

“It was a very disappointing Sunday after a great Qualifying yesterday. We had a good position on the grid, so we were expecting to have a good race, but it didn’t start well, as I had contact with Daniel (Ricciardo) in turn 1 and I almost spun the car. After that it was very tough, and the rear of the car just felt a bit strange. We tried what we could with the two-stop strategy, but we just didn’t have the pace.” 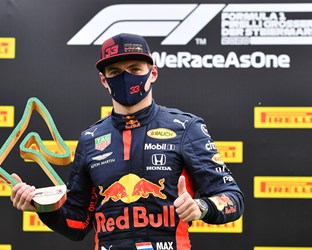