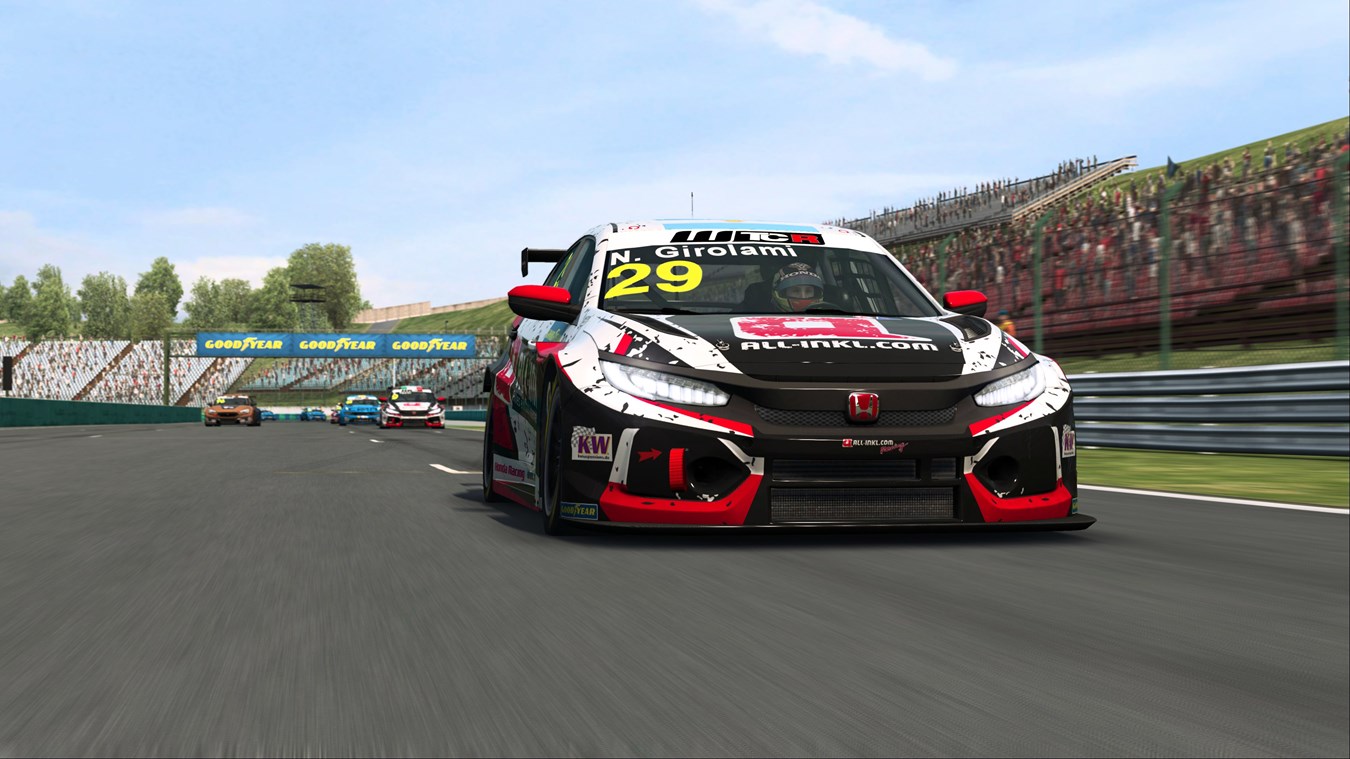 Argentinian 'Bebu', who won back-to-back races at the Hungaroring during the real-life 2019 season, led a virtual Honda Civic Type R TCR one-two in race two ahead of Attila Tassi who, a week after winning the second race at the Salzburgring opener, claimed a hard-earned second-place finish at his 'home' Esports venue.

Having started second on the partially reversed grid, Nestor wasted little time waiting to pounce - catching the leader off-guard at the penultimate corner at the end of the first lap to claim first place, with Attila then spotting a gap at the final corner to secure an early one-two.

Nestor built a small gap in the opening stages, but was then caught with three laps remaining and faced a struggle to hold on to his lead.

He lost the position briefly when he was passed by two cars in quick succession at the end of the penultimate lap, only to gain it back moments later when those cars collided at the final corner.

Attila had dropped to fifth mid-way through the race when his throttle cut out, but made an important move to reclaim fourth at the start of the penultimate lap, which then put him in position to take advantage of the clash ahead and move back into second.

Though he challenged Nestor for the lead on the final lap, Attila then put up a remarkable defence that allowed Nestor to escape at the front of the field and also ensured he held on to runner-up spot over the line.

That result made up for a tough race one for the pair, in which Nestor finished 11th. Though Attila crossed the line in fifth, a 30-second post-race penalty dropped him to 14th.

Esteban Guerrieri was unfortunate not to add a second win to his tally in the Championship, having been hit at the start of the opening race.

The winner of the first race of the series at the virtual Salzburgring was fastest in both parts of qualifying at the Hungaroring, claiming pole position, but was pushed wide at the first turn when the second-place starter attempted an overambitious overtake on the grass on the inside of the corner.

That incident dropped Esteban to fourth, but he recovered one position to claim another podium finish. Shuffled down to 11th at the start of race two, he bided his time and clawed back two positions to end up ninth - keeping him in touching distance of the points lead.

Tiago Monteiro was not able to set a time in qualifying, and started both races from 16th as a result.

He made good progress in race one, finishing 10th despite being stuck behind one of his rivals throughout the second half of the race, before recording a 13th-place finish in the second counter.

Nestor Girolami said: "It is incredible to win here both in real-life and now virtually! I remember the second race in Hungary last year, it was an incredible race with a lot of action - just like this virtual one. I didn't have the pace to be fighting for pole, so I decided in qualifying straight away to go for the lower places in the top 10 and got ninth. I thought it would be hard to maintain first, but we did a very good race - my fight was very fair with Yann Ehrlacher, and then we had a side-by-side hit with Mikel Azcona but it was OK. The last lap was very tough with Attila but winning was the best feeling - that gave me the feeling from last year."

Attila Tassi said: "Halfway through race two I got gearbox issues at Turn 1, so I dropped back, but then I was catching up and managed to get back to fourth. Just before the last lap there was contact between the three cars ahead of me, which I took a big advantage of and almost got the lead. There was some luck, but I also put myself in the right position so I was very happy with my driving. Bebu was defending well, so congratulations to him - second place was definitely another good result. In race one I got a 30-second penalty because I didn't slow down, but I didn't see this warning - I tried to contest this because I had a much bigger gap behind, so I had no need to cut, but it was still applied."

Esteban Guerrieri said: "My qualifying lap felt really good - it had to be strong to take pole. I just did a very good first sector, and with that in the bag I tried to finish off the lap neatly. It's lovely to qualify at this track in real life and the virtual world. Having started from pole it was disappointing to lose the lead through no fault of my own after being hit, but once that happened there was nothing I could do and it was important to do the best recovery possible. Finishing third was still a good result, and a top 10 in race two means we are still close to the top of the Championship."

Tiago Monteiro said: "In qualifying I was not able to do a lap - you only have time to do two laps, really, and sometimes if you cut the chicane just a little bit too much your time doesn't count. It felt like I was taking the same line as usual but it wasn't allowed, so I started a bit further back than I would have hoped. The races were a bit of a blur, but there were some good fights in both of them. The 10th place in race one was another decent result - knocking on the doors of the top 10 is pretty much where I am in terms of sim racing in this Championship at the moment." 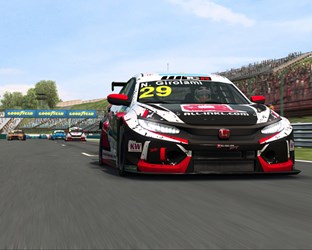