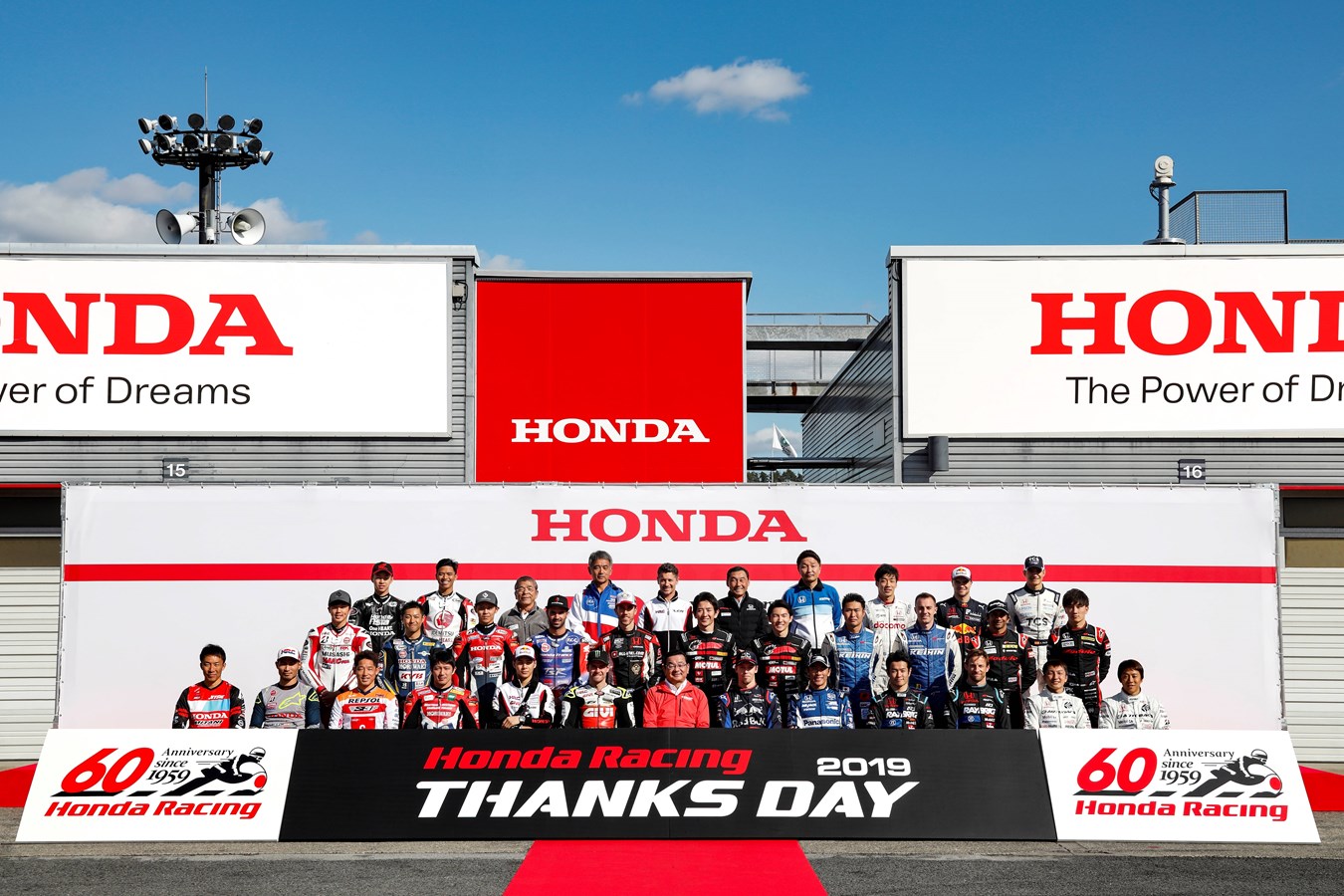 The Thanks Day is a free-to-enter event that allows Honda to show its gratitude to race fans for their support. The gathering was blessed by glorious sunshine, with fans thronging the paddock area where they were able to get closer than ever to the machines – both past and present – that they love.

This is a globally unique event, because no other manufacturer contests as many motorsport championships as Honda; from Formula 1 to MotoGP, from IndyCar to World Touring Car, from World Superbike to the Endurance World Championship, from MXGP to Trial and from Japan’s Super GT to its Super Formula car series.

The day was packed with fun races, contested by drivers and riders who fought like they were racing for World Championship victory!

One of the highlights was a very hectic kart race featuring combined driver/rider teams and pit stops. The race was won during an entertaining final lap by Crutchlow, partnered by Super GT racer Hideki Mutoh. Second was the pairing of Mutoh’s team-mate Daisuke Nakajima and All-Japan Superbike Takumi Takahashi. Third were Kyvat and HRC Trial rider Tomoyuki Ogawa.

“We only lost because I’m heavier than the other guys!” joked Kyvat, who scored his first F1 podium of 2019 at July’s German GP, powered by Honda’s RA619H hybrid engine.

Success in the Super GT Honda Grand Prix went to Team Kunimitsu team-mates Naoki Yamamoto and Button. The Briton has now retired from the Japanese Super GT Championship, which he won last year together with Naoki Yamamoto and Honda. The Super Formula Final Battle was won by Lucas Auer.

Takuma Sato delighted fans with an exciting drive in the legendary McLaren Honda MP4/4 which Ayrton Senna drove to the 1988 F1 world title. At the same time Crutchlow (Honda LCR Castrol) wowed the crowd with a ride on the fearsome Honda NSR500 that Eddie Lawson rode to victory in the 1989 500cc World Championship. History was in the air!

Kyvat, whose next stop is Sao Paulo for next weekend’s Brazilian F1 Grand Prix, was delighted with his first Honda Racing Thanks Day.

“It’s so cool that Honda has here everything from its earliest F1 car to the latest cars,” said the 25-year-old Russian. “The support I felt here and from Honda fans at also Suzuka was incredible – I’d like to thank the Japanese fans for the passion they bring to our sport.”

Crutchlow was thrilled after his outing on Honda’s awesome 1989 NSR500. “It was incredible and a real privilege to ride an NSR!” grinned the 34-year-old Briton, winner of three MotoGP races on Honda’s RC213V. “I grew up watching guys race these 500s – I used to think the bikes looked spectacular and now I know they are spectacular! The bike was fantastic but I can’t imagine racing one in 1989.”

Satoh, who in 2017 became the first Japanese driver to win the world-famous Indy 500 race, had a busy day: as well as Senna’s MP4/4 he drove his Indy 500 winner, a Super GT car and a car from the Suzuka Racing School, where he started his career.

“This is a great opportunity for fans to see the heritage of Honda, and for all the drivers and riders to have fun, but also getting quite serious when they race,” said Sato. “It’s the perfect way to finish the season with a very happy moment and the best way to show the fans how much we appreciate their support.”

Honda Motor President Takahiro Hachigo also added his thanks to the fans. “Honda started World Championship racing in 1959, the year I was born!” he said. “Honda has been racing for such a long time! I want to say thank you to all the fans for supporting us all these years, both in motorcycle and in automobile motorsport.” 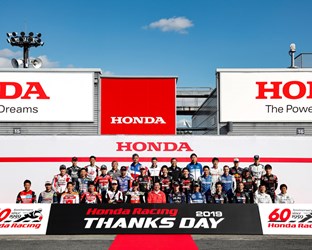