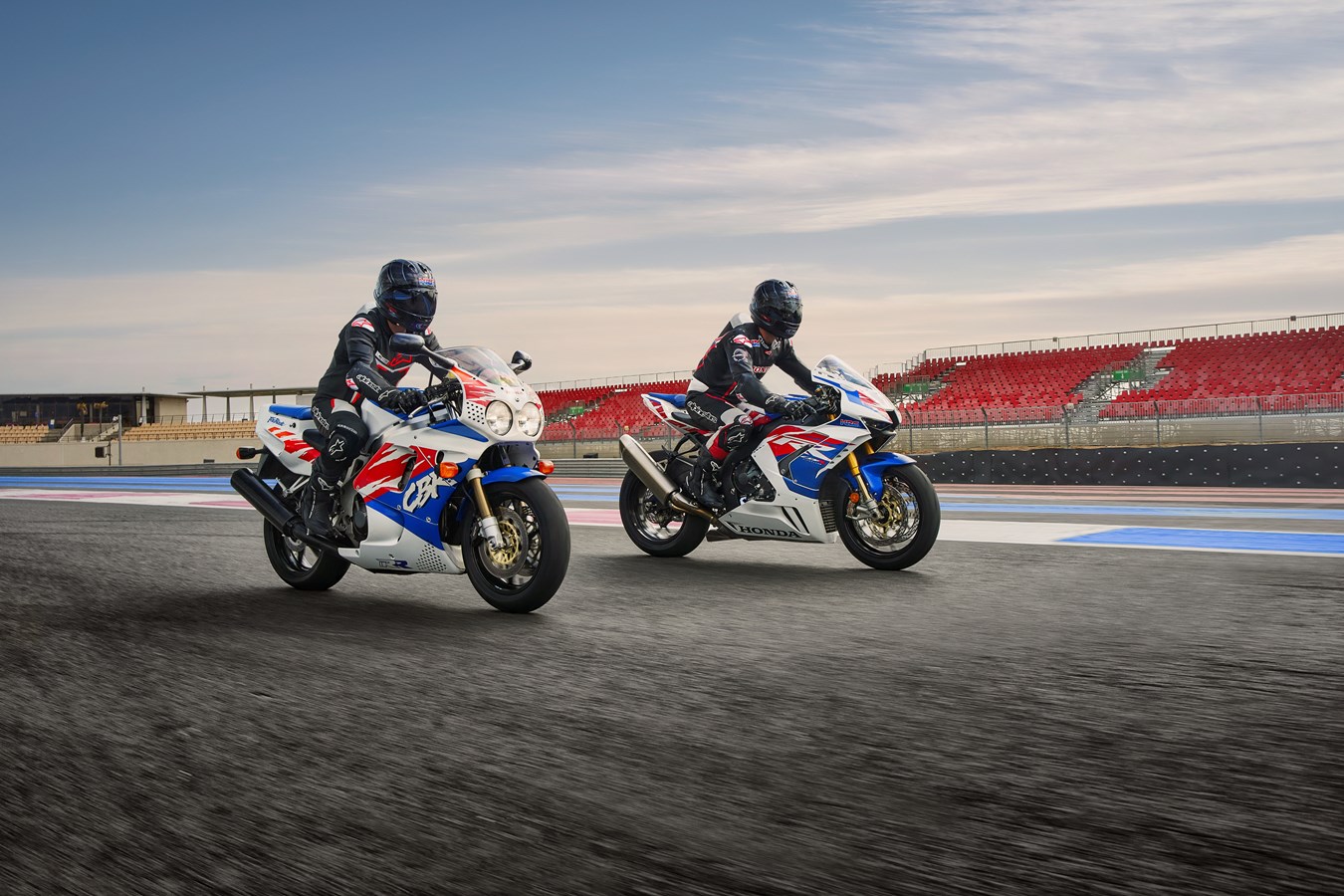 To celebrate the original, ground-breaking Fireblade and 30 years of continuous challenges since the introduction of that 1992 game-changer, a stunning Limited Edition 30th Anniversary version of the Fireblade SP will be available in 2022. Its tricolour paint scheme pays faithful homage to the original, with the ultra-modern feel of the 20YM stripe layout merged with ‘brushstroke’ style elements of the 1992 machine.

The Fireblade SP will also be available in two standard paint options, Grand Prix Red and Matte Pearl Morion Black, both now with gold wheels, while the Fireblade itself wears an updated Grand Prix Red paint scheme with prominent white number boards on the front fairing.

The changes are more than skin deep, with technical changes to the 160kW inline four-cylinder engine that focus on improving mid-corner acceleration and drive. The final drive sprocket also goes up 3 teeth, to 43, further boosting acceleration through each ratio. Honda Selectable Torque Control (HSTC) has been optimised for refined rear tyre traction management with input from HRC’s riders, and throttle feel even further refined.

The success of the X-ADV – the best-selling Honda motorcycle in Europe in 2021 – now sees Honda’s forward-thinking filter down to the mid-capacity scooter market. The new ADV350, built at Honda’s Atessa factory in Italy, mixes the sophistication of a premium scooter with the ability to deal with the roughest of tarmac, and comes wrapped in rugged adventure styling.

The unique look comes hand in hand with optimum practicality and a rich specification sheet. There’s underseat storage space for two full-face helmets, plus a USB charger in the glovebox and the convenience of Smart Key operation. The screen is height-adjustable and the LCD instrument panel also integrates the Honda Smartphone Voice Control system. Honda Selectable Torque Control (HSTC) is fitted as standard.

Making its public debut after being announced in October 2021, the NT1100 ushers in a New Touring era for Honda. Taking the heart of the CRF1100L Africa Twin as a base, engaging handling and characterful engine performance is guaranteed. The NT1100 builds on the platform to offer outstanding comfort and weather protection, making it equally ready for an extended two-up tour as it is for the weekday commute.

Honda is also pleased to confirm that the illustrious Hornet name will return to its line-up in the near future. The Hornet has been renowned for delivering exhilarating engine performance and agility matched to cutting edge street-fighter styling since the model was first introduced in Europe in 1998.

A sneak preview of the concept direction for the new incarnation of the Hornet will be available for visitors to EICMA. Showcased in a special area within the Honda stand, projection mapping is used to full effect in a vivid 3D display of light and sound that both looks back at previous Hornet generations, and forward to what is to come

Taken in the round, Honda’s new line-up underlines its unwavering commitment to offering even more diversity and value to motorcycling’s broadest, richest product range.

In addition to the new and upgraded models, several new colours for familiar favourites will also be on display at EICMA:

The Forza 125 will be available in Pearl Falcon Gray, Mat Black Gray Metallic and Mat Pearl Pacific Blue, and the Forza 350 in Mat Carnelian Red Metallic.

Europe’s best selling custom machine in 2021, the CMX500 Rebel has a cool new Pearl Organic Green option for 2022, while its 1100cc sibling will now be available in Pearl Stallion Brown. 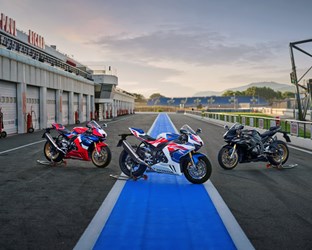 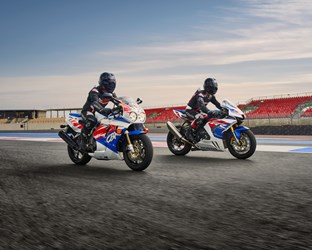 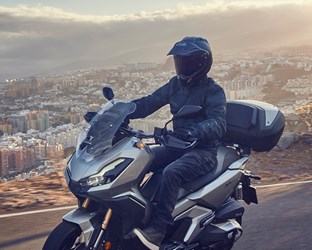 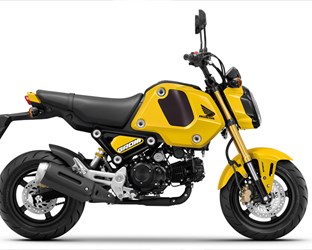