A hot-hatch icon reborn: All-new Honda Civic Type R engineered to be a 'race car for the road' 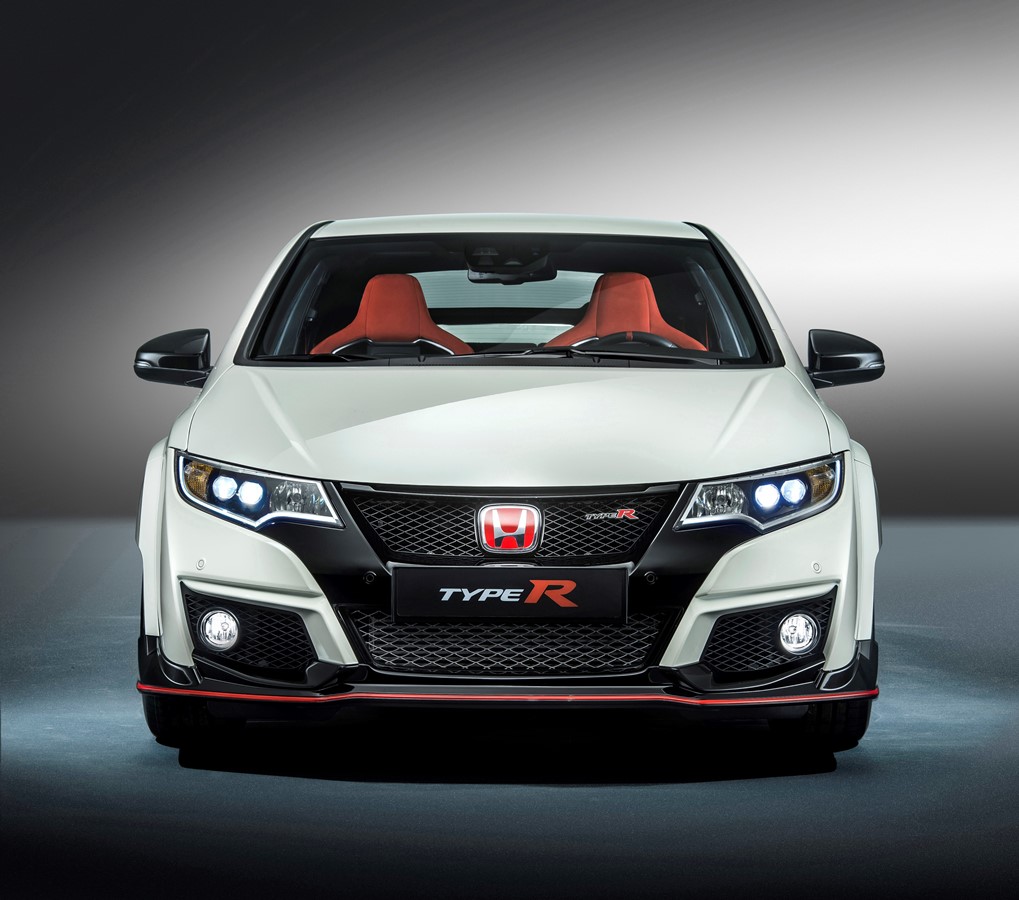 After a five year wait, 2015 sees the arrival of the world’s most keenly anticipated hot hatch, the Honda Civic Type R. Billed as a ‘race car for the road’, the all-new Civic Type R will set new standards in the high-performance front-wheel drive hatchback segment.

The production version of Honda’s latest hot hatch icon is revealed for the first time at the 85th Geneva Motor Show (5 to 15 March; Stand 4250, Hall 4), and more images and details of the car can be viewed: www.hondanews.eu

Type R vehicles have garnered a cult following around the world and the new model more than lives up to the high expectations. A world-first application of Honda’s new 2.0 litre VTEC TURBO engine, aggressive function-led styling, and pioneering new chassis technologies combine to deliver one of the most immersive and rewarding driving experiences available in any sector.

The new 2015 Civic Type R will be powered by the most extreme and high-performing engine in the 22-year history of the red ‘H’ badge, signalling the start of a new performance era for the Honda brand.

At the heart of the Civic Type R is an all-new, direct-injected turbocharged 2.0 litre VTEC TURBO petrol engine, which delivers power, torque and performance figures unmatched in the front-wheel drive hot hatch segment. Peak power output is 310 PS* at 6,500 rpm, and peak torque is 400 Nm* at 2,500 rpm – both higher than for any previous Honda Type R model.

The new engine is mated to a slick-shifting six-speed manual transmission, safeguarding an intimate, rewarding connection with the drivetrain, and power is directed through the front wheels.

The styling changes that are unique to the Civic Type R give the car an aggressive, purposeful stance, yet almost all have a functional purpose. The sleek and aerodynamically-efficient design reflects a car developed to perform at speed. The focus on aerodynamics has ensured high-speed stability and high levels of downforce.

This development work was validated through extensive prototype testing both on the road and on track, including at the Suzuka Formula One circuit, the Nürburgring Nordschleife and at the company’s Takasu test facility.

A new, almost completely flat underside aids airflow under the vehicle and combines with a rear diffuser to optimise downforce – effectively ‘sucking’ the car onto the road.

The rear wing has been reimagined from the Type R Concept. The structure of the airfoil – its angle, height and shape as well as its vertical end plates – have been carefully engineered to optimise downforce without causing a significant increase in drag at higher speeds. This helps improve road-holding abilities, particularly through high-speed corners.

A wide front splitter and deep side skirts also manage airflow and reduce lift, while the front bumper has been shaped specifically to inhibit air turbulence around the front wheels, enhancing high-speed stability and reducing lift forces.

Heat management was another major focus for the design team, influencing several prominent external design modifications. Enlarged upper and lower grilles in the front bumper allow greater volume of cooling air into the engine bay. The airflow is channelled to outlet vents above the wheels on the front quarter panels and vents at the trailing edges of the widened front wheel arches to provide greater cooling and ventilation for the high-output engine.

New lightweight, high rigidity 19-inch alloy wheels, unique to the Type R, complement the visual changes. They fill the enlarged wheel arches with 235/35R19 tyres that were developed specially for the Type R.

To help the driver manage the Type R’s prodigious power, the car is equipped with a high performance Brembo brake package, developed specifically for the car. At the front, four-piston calipers apply braking force to 350 mm drilled discs.

A cabin with a sporting ambience

A range of aesthetic and functional upgrades within the cabin reinforce the Type R’s sporting character. As with previous Type R models, the gear lever knob is made from machined aluminium alloy. High-backed sports seats, trimmed in suede-effect black fabric with red double stitching, provide driver and front-seat passenger with ample lateral support during harder cornering.

A number of innovative new suspension systems, unique to the Type R, have been introduced to produce rewarding handling characteristics and to maximise power transfer to the road.

A new four-point Adaptive Damper System, developed specifically for the Type R, enables continuous independent control of each wheel to deliver exceptional road holding performance, limit wheel-load transfer during sharp acceleration and deceleration, and to maintain a stable, flat ride. It also means that the ride is more comfortable and supple in everyday driving and cruising.

These systems are complemented by Dual Pinion Electric Power Steering, which helps to deliver rapid yet linear steering response and abundant feel.

The new Civic Type R will mark the debut of the new ‘+R’ button that increases the response of various chassis and drivetrain systems. The result is an even more intense driving experience, ideal for the track and sure to be appreciated by the genuine sports-driving enthusiast.

When +R mode is activated, engine responsiveness is heightened, with torque-mapping changed to a more aggressive and performance-focused setting. Steering receives reduced power assistance and is therefore more responsive to driver inputs, and basic damping force from the new four-point Adaptive Damper System is increased by 30 per cent. This means the behaviour of the car is firmer and more agile for high-performance handling.

The all-new Honda Civic Type R will go on sale across Europe from this summer. Full vehicle specifications will be announced in due course. 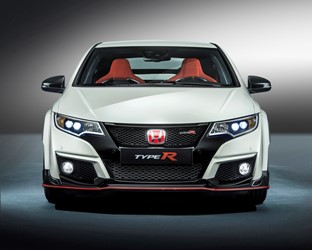 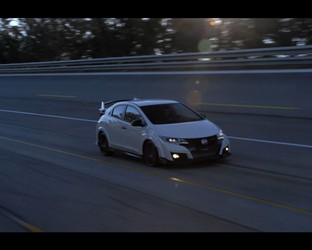