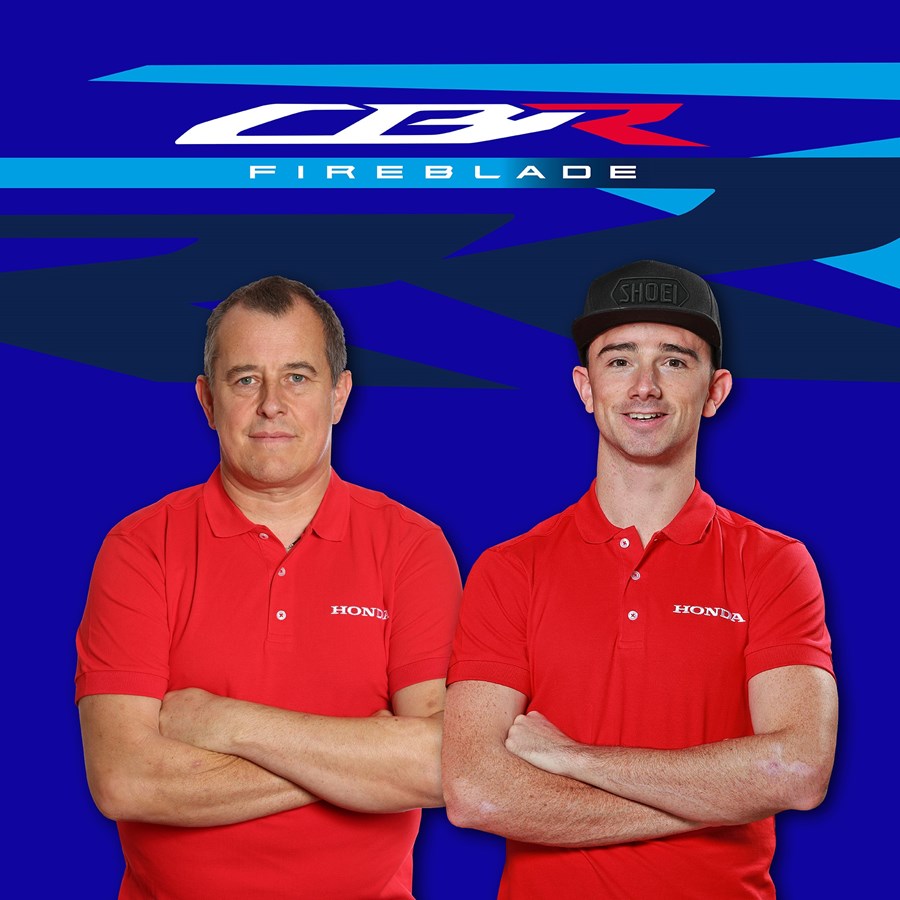 Honda Racing UK is delighted to confirm that ‘TT Legend’ John McGuinness will return to Honda machinery in 2022 lining up alongside Glenn Irwin on the roads, as the team looks forward to debuting the race-winning CBR1000RR-R Fireblade SP at both the North West 200 and the Isle of Man TT races.

John, who needs no introduction to road racing fans, has a vast and hugely successful history with Honda, having won 12 of the 20 TT wins the CBR1000RR Fireblade has amassed, where Honda still holds the accolade of the most successful manufacturer in the history of the Isle of Man TT Races, with 189 wins, 65 clear of their nearest rival.

John returns to Honda with the brand celebrating the 30th anniversary of the Fireblade. Updates to the 2022 Fireblade centre on mid-corner acceleration and drive, plus an iconic colour scheme in homage to the original ’92 Fireblade, which John will line up on at the TT as the ‘Morecambe Missile’ celebrates his 100th TT race start.

Joining John on the roads is four-time North West 200 Superbike race-winner and TT newcomer Glenn Irwin. Originally due to have made his Isle of Man debut in 2020, Glenn has had to wait two years with the event being cancelled due to the worldwide pandemic, where with no international road racing, Glenn has been developing the Fireblade SP in the British Superbike championship with multiple wins and podiums.

The Honda Racing UK team will be taking part in both the Superstock and Superbike classes at the NW200 and IOMTT Races, as well as the blue-riband Senior TT, which John last won in 2015 aboard the Fireblade.

John and Glenn will be at Motorcycle Live, the UK’s biggest motorcycle show, on Saturday 11 December, alongside the 2022 Fireblade SP which will make its UK debut when the show opens on Saturday 4 December.

For more information on the new team, please click on the link below to access our Engineroom article:

John McGuinness:
What can I say really, it's like coming back home to the family! I've been in talks for a while with Neil and Harv and it's just something that feels right; it's the 30th anniversary of the Fireblade, I'll be 50 years old and also celebrating my 100th TT start, so it feels like it's meant to be. I've enjoyed a lot of success on the roads with the Honda and worked with Harv back in the day with HM Plant Honda, so I'm looking forward to getting back into the set-up and getting going. I had a little go on the Fireblade earlier this year and was impressed with it on-track, so looking forward to getting on the roads and seeing how it goes. It's going to be a special year with everything going on and also just getting back to the North West 200 and the TT and everyone racing there again - I can't wait to get stuck in!

Finally, I’ll be making my long-awaited TT debut with Honda! We’re now more familiar with the new Fireblade and the team is more familiar; I like to have home comforts as such and continuing with the bike and the same team I think puts us in a better position with frame of mind. We still have no targets set and no expectations for the Isle of Man TT, we’re going there to learn and enjoy. It’s incredible to have someone like John as my teammate on the roads, he’s someone I have looked up to and is probably the second greatest TT rider after another Honda-man Joey! To have that opportunity to be able to learn off him, and able to be part of the team, see everything first-hand and to learn off him experiencing the ‘McGuinness-factor’ is something I am really excited about! On the flip side, we go to the North West 200 where we can work together and I think we can realistically set targets there – I would love to achieve Honda’s first international road race win on the new Fireblade at the NW200 and add to my Superbike wins there. We’re fully aware we’ve not been there in a few years, but like everyone else, we’ll go, and we’ll do our homework. For sure the Honda team are the best to go road racing with, and BSB, and hopefully we can find out feet during practice and if we’re feeling confident look towards adding to the NW200 wins.

I'm really pleased we've been able to work with John on a deal for 2022, it's going to be an exciting season for us all with the 30th anniversary of the Fireblade and John's 100th TT start, and for him to do this back with Honda just made complete sense. Honda has so much history with John at the TT and 12 of the 20 wins for the CBR1000RR Fireblade have been with him, so for us all this is very much a homecoming. We also have Glenn, who will finally make his debut at the TT, which has been a long time coming, but we're all really excited for this and to see how he gets on. There's absolutely no pressure on Glenn, it's about learning and finding his way at the TT, and with John's experience, I don't think he could ask for a better teammate to learn from. From a Honda point of view, this will be Honda UK's first time back at both the North West 200 and the Isle of Man TT races since 2010, so we're all excited to get back on the roads with the new Fireblade.

We’re absolutely delighted to be returning to the international road racing programme following the challenges of the last few years, particularly as 2021 would have been the 60th anniversary of Honda’s first TT win with Mike Hailwood in 1961. Quite simply, the Isle of Man TT has been an integral part of Honda’s DNA and to continue this story with a returning ‘TT Legend’ like John who can also help and support Glenn in his first year is a really exciting period for us. With all the success that John has had with Honda, it only feels right that his 100th start on the Isle of Man is on the latest Fireblade. We are also really looking forward to heading to the North West 200 and are confident the combination of Glenn and John aboard the latest Fireblade will be at the sharp end having both won the race on multiple occasions.
I’m thrilled that our 2022 racing plans, including the recently announced BSB rider line up, is now complete and I just can’t wait for both the roads and short circuit seasons to get going! 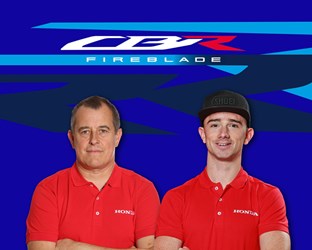