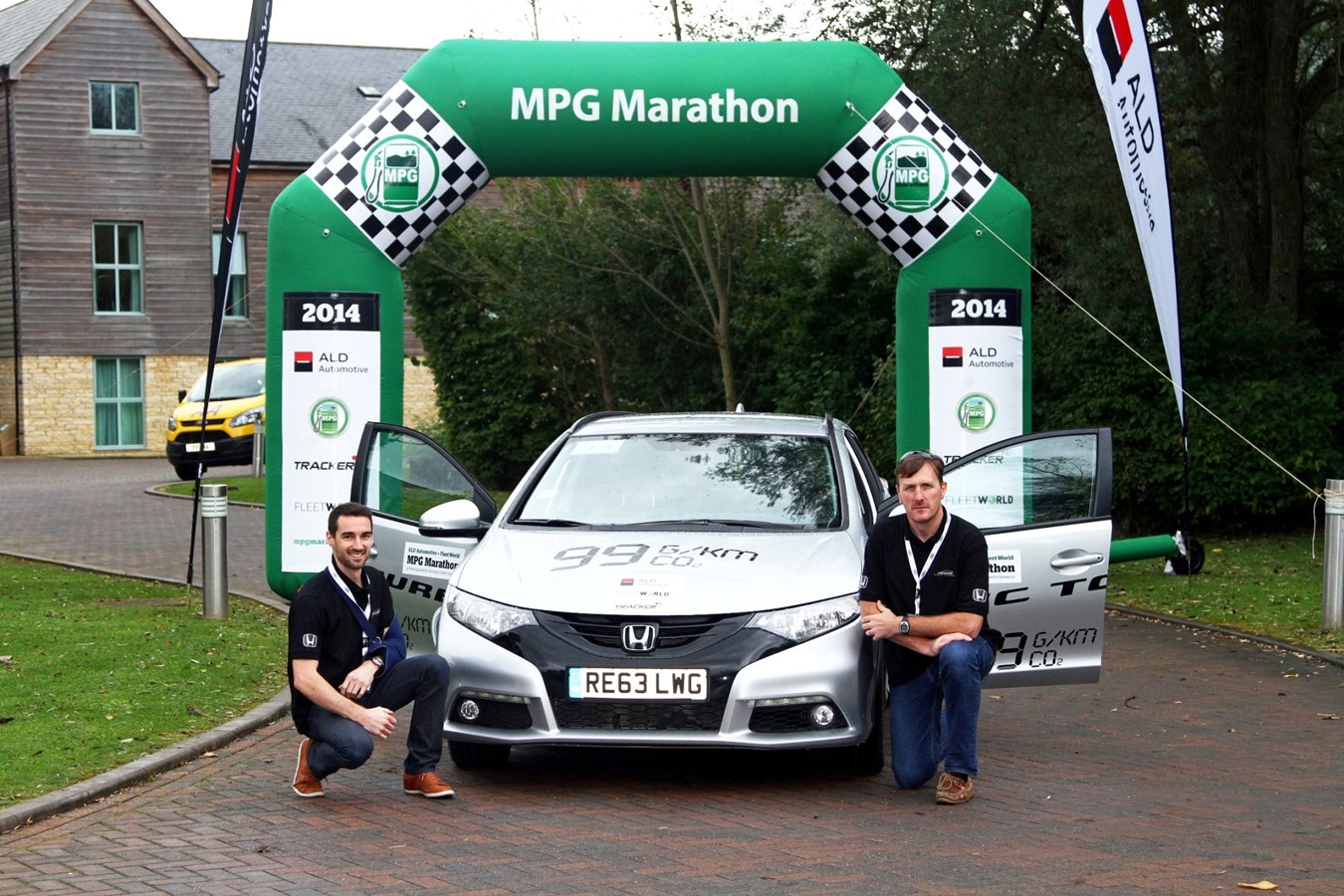 Organised by Fleet World magazine and sponsored by ALD Automotive and TRACKER, the MPG Marathon is designed to be a true real-world test that demonstrates the benefits to both the environment and the motorist’s back pocket of employing simple, smarter driving techniques.

The 26 teams taking part in this year’s MPG Marathon were free to plan their own routes, provided that they included a number of pre-agreed, fixed points; making keen navigational skills essential. All participating vehicles were fitted with TRACKER tracking equipment so that event organisers knew exactly where each was and how far it had travelled. Over the two days the cars and vans set out each morning from South Cerney, near Cirencester, checking in at stopping points as far and wide as the Brecon Beacons, Abergavenny, Worcester, Andover and Bath.

Ross Durkin, Managing Editor of Fleet World Group and organiser of the MPG Marathon comments: “All credit to the Honda engineering team. Their performance in recording an average of 97.92mpg over the two days was quite exceptional given the challenging driving conditions that all the contestants faced. It is testimony to their expert eco-driving skills that they have emerged triumphant against a very strong field of competitors, including nine former champions, and shows what can be achieved with the current generation of eco-friendly models available on the market today.”

Adrian Killham, SVP of Honda R&D Europe comments: “Many Civic Tourer customers in Europe have reported excellent real-world fuel economy under a variety of driving conditions, so we felt confident that we would be able to achieve a very competitive result in the MPG Marathon. Customers want performance and practicality, but with low running costs, and that’s what the Tourer delivers. What’s more the 1.6 i-DTEC engine is built in the UK, it’s available in the Civic hatchback, CR-V and next year in the HR-V, so many more customers will get to experience the benefits of this super-efficient unit.”

Another Honda pairing not generally in the habit of squeezing every last drop out of the tank also fared well in the event, in the form of Honda Yuasa Racing’s Matt Neal and Gordon Shedden. Making their MPG Marathon debut, the star BTCC duo took ninth place with 80.23mpg, once again in a Civic Tourer 1.6 i-DTEC.

The Civic Tourer in which the Honda engineers took top spot for Best Outright MPG was an unmodified version of the production car available in Honda dealerships across the UK. It faced stiff competition from a range of models, most notably the Ford Fiesta Titanium ECOnetic and the Citroen C4 Cactus, which made up the rest of the top three respectively.

Ross Durkin concluded: “Congratulations to all the contestants in this year’s MPG Marathon. There were some outstanding team and individual performances, some near misses and some great results. Above all else, this year’s event showed conclusively that the current generation of modern cars and vans are more fuel-efficient and more environmentally friendly than ever before, and are an outstanding testimony to the achievements of all the participating motor manufacturers.”

The full results for the five Honda models and drivers which took part in the MPG Marathon were as follows:

With its compelling combination of high fuel economy and low emissions with power and practicality, the Civic Tourer is proving a favourite with both retail and fleet customers. The super-frugal 1.6 i-DTEC engine provides a competitive 120 PS of power and 300 Nm of torque, yet still delivers 74.3mpg on the combined cycle, a range of 817 miles on one tank of fuel and CO2 emissions of just 99g/km. As a result it offers corporate customers low running costs, vehicle excise duty, BIK and competitive monthly rental; while contributing strongly towards efforts to reduce overall fleet emissions.

Please visit www.honda.co.uk/civic to find out more about the Civic range. 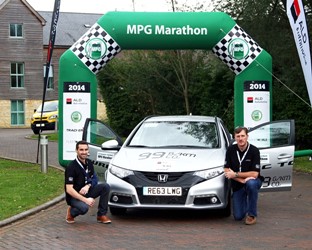