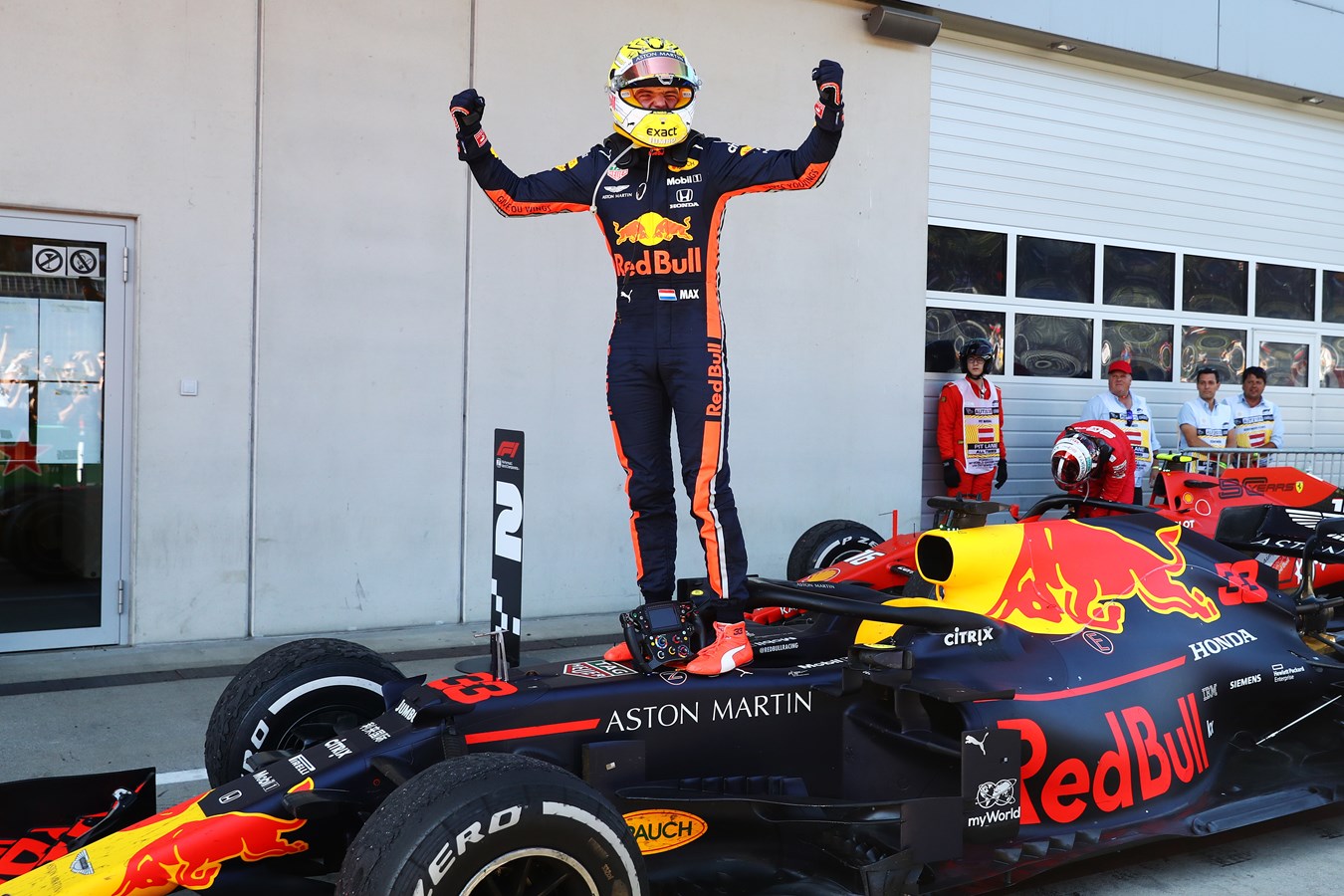 It was a momentous day for Honda as Aston Martin Red Bull Racing secured our first win since returning to Formula 1 in 2015 courtesy of a stunning drive from Max in Austria.

Starting from second place, Max had a difficult start and dropped to seventh, one position ahead of Pierre. The two ran in tandem through the early laps before Max started making progress, overtaking Lando Norris and Kimi Raikkonen to move into the top five.

A long first stint saw Max lead for a spell, and after pitting for hard tyres on lap 31 - later than his rivals ahead - he rejoined in fourth place ahead of Lewis Hamilton. From there, Max was on a charge and fought his way past Sebastian Vettel and Valtteri Bottas to run second, before hunting down Charles Leclerc. A thrilling battle saw the pair go wheel-to-wheel, with Max finally taking the lead with three laps remaining and achieving our first victory with Red Bull.

Pierre’s first stop came earlier in the race, as he stopped on lap 25 and was unable make up any places through strategy. He found his way ahead of Kimi Raikkonen but was then sandwiched between the two McLarens, still picking up six points with seventh place.

In a race where all 20 cars finished, Toro Rosso struggled to make progress through the midfield but were within striking distance of the points for much of the race.

Alex started on mediums and pitted on lap 35 for hard tyres, chasing Lance Stroll for much of the race and eventually being classified 15th. Daniil was hampered by going for a high downforce set-up but being blocked in qualifying, making any recovery tough. He followed a similar strategy to Alex - pitting for hards on lap 32 - but was unable to fight through the midfield and finished in 17th place.

In the past two races, both Toro Rosso drivers have taken penalties to benefit from the Spec 3 PU. With that difficult situation behind them, they can now focus on fighting hard in the mid field, starting at the British GP in two weeks time.

“It was an incredible race and I’m so happy to take the Team’s second victory at our home Grand Prix. It was a shame at the start as I triggered anti-stall and dropped back to seventh. From there onwards the pace was really good, I stayed calm and kept pushing hard. The second stint was decisive for us as the car really came alive. Once I passed Valtteri I thought I could have a go for the win as our pace was so strong but you never know. I just kept pushing, drove flat out and didn’t give up. We passed Charles with a few laps to go so I’m extremely happy. The move was close racing and if you can’t make moves like that I think it is better to stay at home. I want to say a big thank you to everyone at Aston Martin Red Bull Racing, all weekend we have been working really well and the upgrades seem to have worked. Thank you to all the crew here, everyone at the factory and of course Honda, it’s not been easy for them over the past years but to win for them today is just incredible.”

“It was a tough race and a difficult day. I didn’t have great pace on the soft tyre in the first stint and then I was stuck behind the cars in front. On the second stint, I pushed too hard at the beginning and destroyed the hard tyre after only a couple of laps which left me with massive blisters, so from there I was just slow and I didn’t have the pace to catch Lando. Overall, it’s nice to see the new upgrades are working with Max. He did a fantastic job so this is positive and we now look forward to Silverstone. On my side, I’m not very happy with my performance and I could have managed the race a lot better. I’m a really competitive guy and there is work to do. I haven’t found exactly what I want from the car so we will keep pushing, but it’s good to see the car is working and I think we have a good direction for the upcoming races. I have a lot to learn and take from having Max next to me. I want to deliver more and I know I can, so now we need to work.”

“What an unbelievable performance by Max today. To win the race here in Austria and to give Honda its first victory with a V6 hybrid is unbelievable. Winning our home race means an enormous amount to everyone in the Red Bull family. Mr Mateschitz has put so much into the sport with both Aston Martin Red Bull Racing and Toro Rosso, so it means an incredible amount to deliver this victory for a second year running. It was a tense wait after the race but the stewards made the right decision. What happened today between Charles and Max is hard racing and I think that’s what Formula One is all about – it’s two young guys going for it. Formula One has come under a lot of criticism recently and I think today’s race was an exciting one with overtaking, tyre degradation and drama – exactly what the doctor ordered! We came to Austria as outsiders and so to win here is a dream come true and I think that was Max’s best win. It was a tough race for Pierre but he managed to make progress and pass Raikkonen. When your teammate is performing at this level the benchmark is extremely high, but with time and as his confidence builds, Pierre will close the gap. Our target in the constructors’ championship is Ferrari and we need both cars to score the maximum points possible.”

“Unfortunately, we didn’t have the pace today, it was a tough first stint where we weren’t quick enough. We weren’t too bad in the second half of the race, but we lost too much time in the first stint. It’s a difficult one to swallow because our long runs were looking quite good on Friday, and that’s two races in a row where we’ve struggled with the balance of the car, so we need to figure out where we can improve.”

“It wasn’t exactly the most enjoyable race of my life, although we saw it coming yesterday after Qualifying. I was carrying more downforce today, so I was a sitting duck in the race. It just wasn’t our day today, it was one of those weekends where we were far away from everything. We know we’re better than this, so we need to reset and move forward. We will put these two races behind us and try to extract everything out of the car in the next few races.”

“Thanks to the efforts of all the Honda F1 staff in Japan and the UK, who worked tirelessly on our PU development, we finally made it, our first win in the hybrid era, the first since Hungary 2006. And a special word of thanks to all their families who supported them. Thanks of course to Max for a great drive and to Aston Martin Red Bull Racing for providing him with a fantastic car. We must not forget the great contribution made by Scuderia Toro Rosso, who helped us get back on the right path last year. Honda has not done this alone and so we want to acknowledge the contribution of our outside suppliers. This win is also a way of saying thank you to all our fans, all over the world, for their continued support. We have been back in this sport since 2015, but today feels like a new beginning. While we can enjoy the celebrations for a short while, we must get back to work as soon as possible, because we still need to close our performance gap to the quickest teams.” 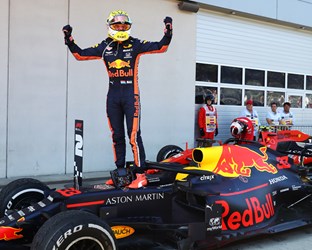