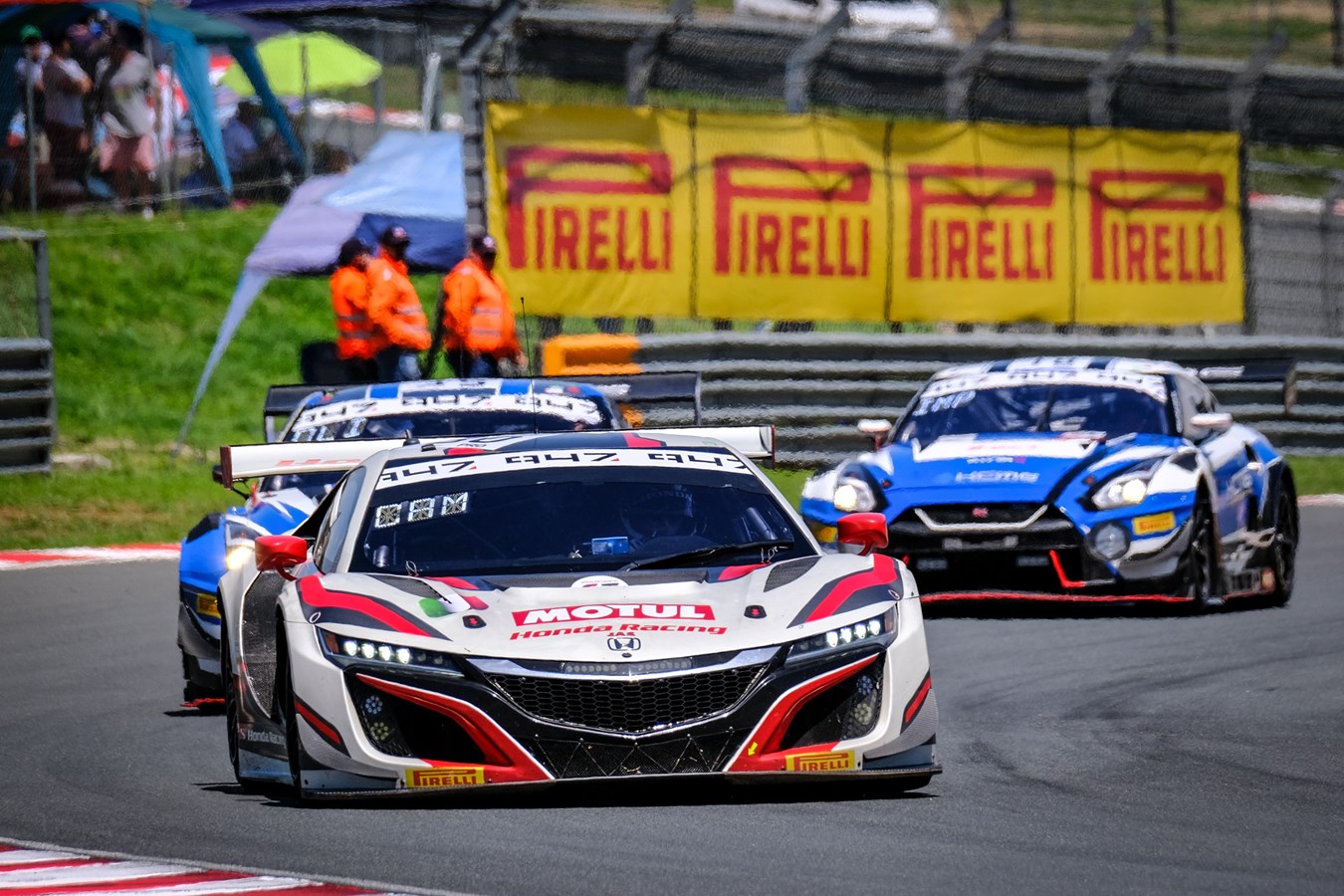 Honda Team Motul showed podium pace at the Kyalami 9 Hours, but left the final round of the Intercontinental GT Challenge empty-handed after an issue early on forced their NSX GT3 Evo out of the event.

The driving trio of Bertrand Baguette, Marco Bonanomi and Dane Cameron were among the fastest competitors in dry conditions in both qualifying and the race in South Africa, and looked set for a run at the podium before an engine issue put them out.

After going 13th-fastest in Thursday night’s practice session, Bertrand improved to eighth in pre-qualifying the following morning as the team focused on race set-up over one-lap pace.

When the time came to unleash that one-lap pace, however, later the same day, it was done to great effect.

Both Bertrand and Marco set the second-fastest times of their respective qualifying sessions; putting the NSX GT3 Evo at the top of the order on combined results and echoing the pole position set at the team’s series debut at Laguna Seca in March.

In a wet final part of qualifying, new IMSA DPi champion Dane sealed progress into the pole-position shoot-out against a 28-car field of high-quality competitors.

Bertrand was back behind the wheel for the shoot-out, held shortly afterwards on a still-wet track. The Belgian lay second after his first flying lap was completed, but slower traffic and yellow flags late on restricted him to eighth.

Greeted by a fully-dry circuit for the start of Saturday’s race, Dane charged forwards and climbed to sixth place within a handful of laps, despite the American having never raced at the circuit before.

Taking over driving duties just beyond the one-hour mark, Marco continued to run on the edge of the top five before being pushed wide by a rival. Soon after, however, the Italian began losing power; the start of an engine issue that would put the car out on 90 minutes.

Despite the disappointment of not reaching the finish, this performance provided more evidence that the NSX GT3 Evo, which has won eight major titles globally in 2019, is a force to be reckoned with on the world stage.

Among the other highlights for Honda Team Motul this year have been pole position at the California 8 Hours at Laguna Seca, and a determined charge from 33rd to sixth at the 24 Hours of Spa in constantly-changing weather.

Bertrand Baguette said: “We should have been on the podium at the very least. That was the kind of pace we had in the NSX GT3 Evo this weekend. You could see from night practice, through pre-qualifying and then into the dry section of qualifying, we went top 10, top five, fastest. After Marco and myself had done our qualifying laps, we were on pole – and could have gone even faster –, but then it rained and Dane did the right thing not to risk damaging the car and we started eighth. The pace Dane had early on was very strong and I’m sure we could have continued to climb from sixth if we’d made the finish. When you look at this programme, we’ve only done four races, and only had six days of testing before that. I think we can all be proud of what we’ve achieved.”

Dane Cameron said: “I’ve thoroughly enjoyed the weekend, which was my first time at Kyalami and my first time working with both JAS Motorsport and Honda Racing. The NSX GT3 Evo got better and better session after session and it was just a shame that it rained just before my qualifying lap, because in the dry I think we could have been on pole position. It was fun running in the pack during my stint; I could make a few passing moves and climb to sixth while having some pretty good battles with the other guys. I’d like to thank JAS Motorsport and Honda Racing for this opportunity and if there are more chances to race in the International GT Challenge with Honda next year, I’ll grab them with both hands.”

Marco Bonamomi said: “Overall this has been a promising weekend. We were quick from free practice and managed to fine-tune the set-up very well for qualifying. It’s been our best performance of the season from a whole performance point of view if you look at practice, qualifying and the race. As a trio of drivers, myself, Bertrand and Dane worked well together and I think that helped push our performance forwards. I was pleased with my performance in qualifying – second-fastest in my session – and we looked to have one of the top-three cars in the dry conditions. Dane did a very strong first stint, but not long after I took over I felt a loss of power and then had the alarm come on, so I needed to stop the car. It’s been an interesting programme to be a part of and if we can come back next year, I know we can take another big step forwards.”

Alessandro Mariani, Team Principal, said: “I’m extremely proud of the team this weekend, even if the overwhelming feeling is one of frustration for having not reached the chequered flag. It’s been our best weekend performance of the year in standard dry conditions, and that’s something we’ve been working very hard on. We’ve matched our qualifying pace from Laguna Seca, where we were on pole position, and added much stronger race pace when Dane was in the car in the first stint, and these are all good achievements. The team had also produced the fastest pitstop at the time when we went out. We weren’t as strong in the wet, but I think without traffic and yellow flags, both Dane in Q3 and Bertrand in the shoot-out, both would have been much quicker.” 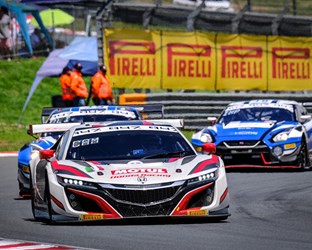