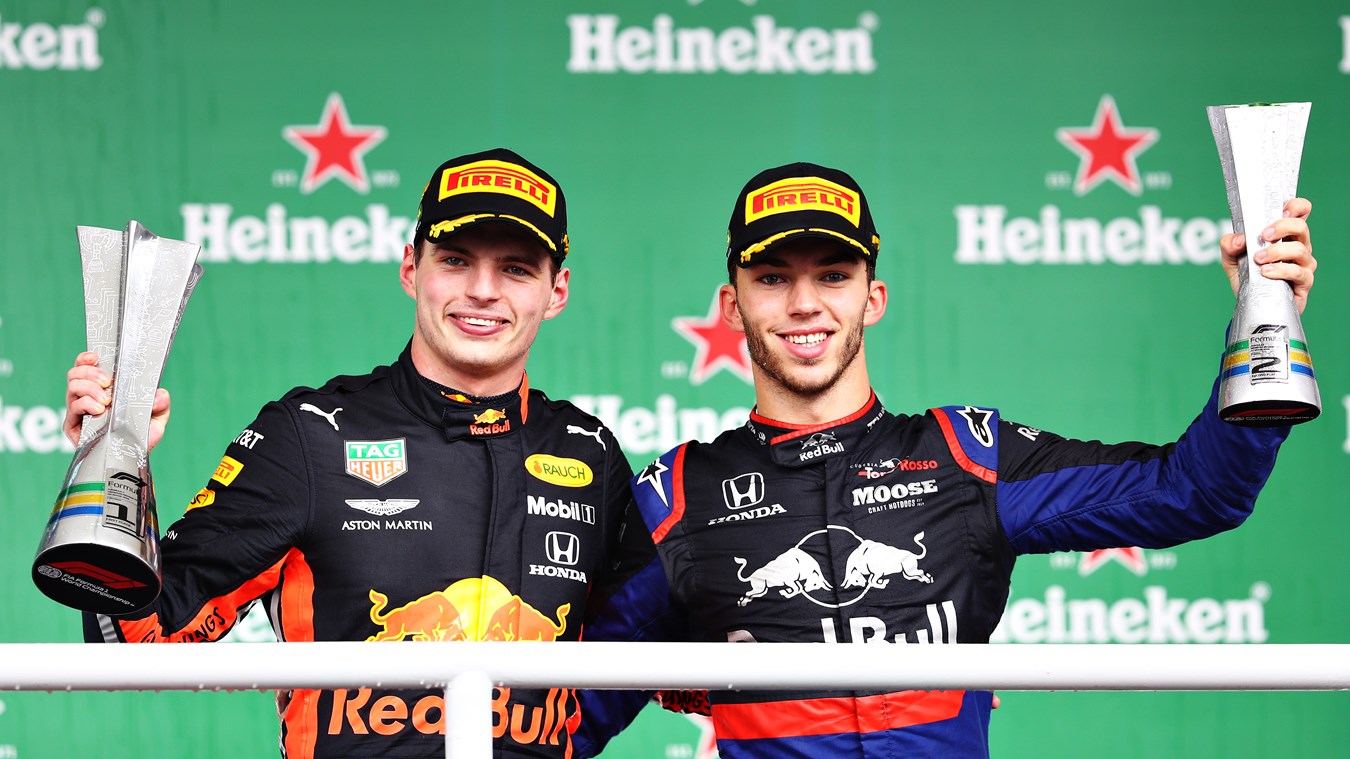 Sergio Garcia (Estrella Galicia 0,0 Honda NSF250RW) took the first victory of his Grand Prix career in the last race of the 2019 Moto3 season. The 16-year-old Spaniard grabbed the lead at the last corner to take the chequered flag 0.005 seconds in front of Andrea Migno and give Honda its 14th victory from 19 races.

Tatsuki Suzuki (Sic58 Squadra Corse Honda NSF250RW) took fourth to make it three NSF250RW machines in the top four, but the 22-year-old from Chiba was bitterly disappointed to miss the podium by just 0.066 seconds. It was Suzuki’s third fourth place from the last four races.

The race was delayed by an oil spill and then stopped and restarted after a multiple pile-up that had five riders crash together at Turn Ten. Conditions were tricky due to cold track temperatures, but the final 16-lap sprint had half a dozen riders disputing victory until the final laps.

Artigas took the lead at two-third distance and looked capable of taking a dream win on his World Championship debut, but he lost the lead when he had a slide at Turn One of the penultimate lap. He fought back in fine style from fifth to secure an amazing podium result. Early leader Marcos Ramirez (Leopard Racing Honda NSF250RW) slipped to seventh at the finish.

Garcia is the 11th different winner of the 2019 Moto3 season which ends with Honda taking its third consecutive Riders World Championship and its fifth in the last six seasons, as well as its third consecutive Moto3 Constructors World Championship and its fourth in the last five seasons. And five of the top six riders in the final points standings rode the NSF250RW, which provides them with a winning combination of excellent horsepower and a friendly, neutral chassis.

Remarkable rookie Ai Ogura (Honda Team Asia Honda NSF250RW) made a phenomenal comeback from the back row of the grid to finish the race in tenth, which secured a well-deserved tenth place overall for the 18-year-old from Tokyo. Ogura came through from 18th on lap one of the restart to his top-ten result.

Team-mate Kaito Toba (Honda Team Asia Honda NSF250RW) also had an impressive ride in his last outing for the team. The 19-year-old from Fukuoka raced through from 22nd on the first lap to move up to 13th at the finish.

World Champion Lorenzo Dalla Porta (Leopard Racing Honda NSF250RW) wanted to finish his time in Moto3 – he moves to Moto2 in 2020 – with a fourth win in a row, but it was not to be. The 22-year-old Italian crashed out in the restart. He eventually got going again to cross the finish line in last place.

Today’s racing completed MotoGP’s longest-ever season, with 19 races across all three classes. Preparation for the 20-race 2020 season commence on Tuesday with MotoGP testing here at Valencia and later in the week with Moto2 and Moto3 testing at Jerez. Next season starts in Qatar on March 8.

“I can't describe how I feel after winning my first race. This year we have gained great experience in the World Championship and I have reached a great level of camaraderie with my crew. It was a strange day, and afterwards the first thing I wanted to know was if Foggia was OK after his crash. After the red flag, we had a shorter race. As on the first start, I tried to give everything from the get-go and see what we could achieve. The wind had picked up, but the bike worked very well for the whole race. I was comfortable from the start, fought until the last corner and I managed to win. Because of how we did in Malaysia, I knew I could be at the front, but I didn't expect to win. The last lap was us pushing to the fullest, trying to maintain the position to take first on the last corner.”

“What an amazing day – it’s a dream come true to finish my first Grand Prix on the podium! All weekend I’ve felt good on my bike here, which gave me some confidence for the race, which was very crazy! There were a lot of battles, so at one point I tried to open a gap, but it didn’t quite work out. All my thanks to my family, to Toni Elias [former Grand Prix winner], to all the mechanics in the team. This is an amazing result for the team!”

“Of course it is very disappointing to finish the last race of the season so close to the podium. I tried at my maximum to get into the top three places and sometimes I managed it but I didn’t quite have the pace to stay there. The conditions were quite difficult because the weather here was cold and windy, which gave everyone some worries because there wasn’t much grip out there.”

“We started the weekend badly, struggling a lot with the set-up. About my race performance, I’m happy because I started from the back on the grid and I finished tenth. Also, I've finished tenth in the championship. I think that’s not so bad for a rookie, but to be strong for 2020 I need something more. We must find this during the winter tests, to be ready on the first race in Qatar.”

“The weather conditions didn’t help me this weekend, and after a bad qualifying session, I started the race towards the back. My aim was only to finish the race. To finish 13th is not the best, but I’m happy to finish my last race with this team. I’m disappointed with the results of the season because we started very well in Qatar. I would like to thank the team, Honda Motor and all the people who are supporting me.” 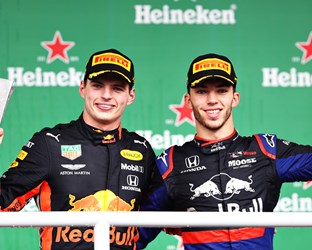