Honda engines win at Engine of the Year awards 2003

Honda once again is recognised as being amongst the best engine manufacturers in the world. For the fourth consecutive year the 2.0 litre Honda S2000 and 1.0 litre Insight IMA hybrid engines won their respective size categories.

For the previous three years, the title of 'Best Fuel Economy' has gone to the Insight engine. Last year it narrowly beat the Civic IMA engine. This year, the Civic IMA engine is proud to carry the torch onwards as the best fuel efficient engine on the market, easily beating the Toyota Prius engine and the Insight engine. The following three engines shortlisted in this category were all diesel engines. Judges comments such as The next step forward in bringing hybrid technology into the mainstream and Nobody has yet come up with a better option for the mid-term future of the automobile prove that Hondas IMA system is the way of the future for fuel efficient passenger cars. Following its win last year, the Civic IMA once again wins the 1.0 to 1.4 litre category with nearly double the final score of votes than the second place PSA 1.4 litre diesel engine.

The Honda S2000 engine once again wins its size category, 1.8 to 2.0 litre and like the Civic IMA engine, leaves its main competitors behind in the scoring. Judges praised the Honda S2000 engine with quotes like Hondas S2000 is still my favourite for fantastic revs and specific output, which is one of the highest in the world and Youve got to love any engine that willingly revs to 9,000 rpm!

The International Engine of the Year Awards truly are the 'Oscars' of the engine world. Voted for by a panel of 50 leading motoring journalists from all over the world, the competing engines are awarded points based on their efficiency, refinement, environmental attributes, plus importantly, how they perform on the road.

This years awards were presented at the Messe Stuttgart in Germany on 4th June on occasion of the Engine Expo 2003. Honda is the only motor manufacturer exhibiting at the Engine Expo and this year is proud to show its alternatives to propulsion systems. Exhibits include, the fuel cell car, FCX, the new highly awaited 2.2 litre, 4-cylinder, 16-valve, all-aluminium common rail turbo diesel engine, the Civic IMA car and engine, this years F1 engine and many more.

A remarkable hybrid idea. Nobody can deny that the hybrid is the right approach for fuel economy.
Yu Ohkawa, NAVI, Japan

A study in what optimisation of an IC engine for a hybrid-electric drivetrain can achieve.
Gerry Malloy, Toronto Star/World of Wheels, Canada

Nobody has yet come up with a better option for the mid-term future of the automobile.
Brian Cowan, Autocar, New Zealand

The next step forward in bringing hybrid technology into the mainstream.
Farah AlKhalisi, 4Car, UK

Unlike all the fuel cells in the world, you can buy this technology now  it works and is affordable.
Georg Kacher, freelance, Germany

Until fuel cells arrive, this could be as frugal as youll get.
Brian Cowan, Autocar, New Zealand

Not only one of the best hybrids but also the most fuel-efficient.
Tomas Hyan, Automobil Revue, Czech Republic

Honda engineers have shown what advanced techniques can do with a small, light and fairly economical engine. And it sounds so magnificent and inspiring at high revs.
Marianne Sterner, Vi Bilägare, Sweden

This rev-happy four is one of the power per litre leaders and makes all the right noises, too.
Jake Venter, Car, South Africa

Hondas S2000 is still my favourite for fantastic revs and specific output, which is one of the highest in the world.
Tomas Hyan, Automobil Revue, Czech Republic

Year after year, with its atmospheric 120bhp per litre and only four cylinders, the Honda S2000 continues to be the example of high technology without too many complications.
Arturo de Andres, Autovia, Spain 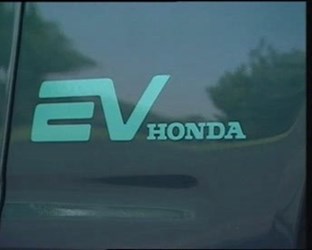