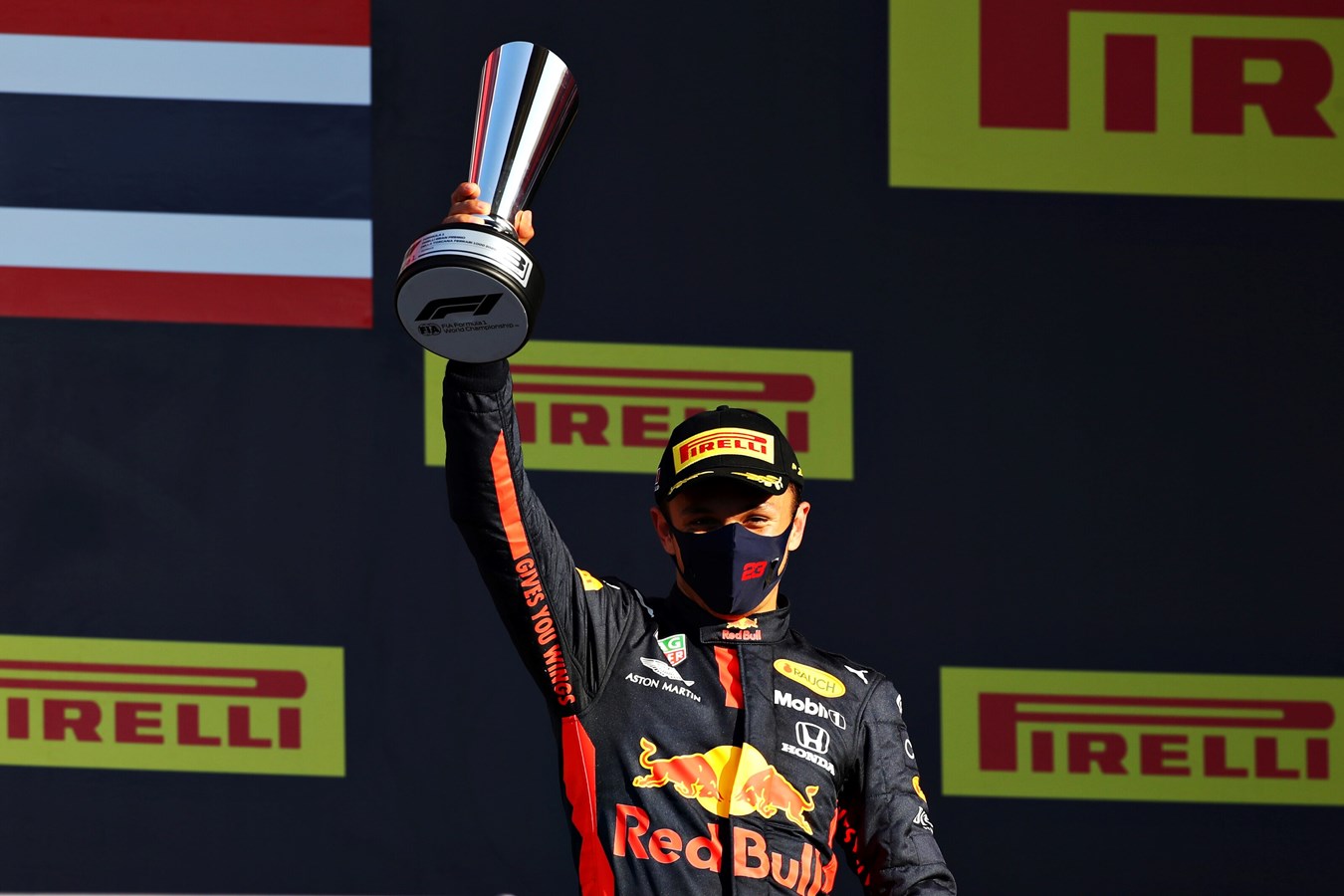 The race was interrupted by two red flags and featured three standing starts in total, but Alex kept his composure to finish third and secure the best result for a Thai driver in F1 history.

Although Max had an excellent launch off the grid, he immediately experienced a PU problem that dropped him down the pack. At Honda, we will now be working to identify the exact cause of this issue to ensure it does not happen again.

With Max right in the midfield, he was then caught in an incident that accounted for two Honda-powered drivers. Kimi Raikkonen got a bit out of shape out of Turn 1 which played a part in Pierre getting squeezed between the Alfa Romeo and the Haas of Romain Grosjean, with all three colliding. Max was also then collected by the cars as they slid off into the gravel, taking both Max and Pierre out of the race.

The Safety Car was required to clear the cars and when the race restarted on lap seven, there was a scary start line crash near the back of the pack that fortunately Alex and Daniil were both clear of, with Alex running fourth and Daniil tenth at the time.

The crash caused the first red flag of the day, so all drivers could change tyres and Alex switched to another set of softs - having started on that compound - and Daniil joined him after doing the first part of the race on mediums. When the race restarted with a standing start on lap 10, Alex dropped back to seventh place but then delivered an excellent recovery to quickly climb back to fifth, while Daniil also moved forward.

Scuderia AlphaTauri called Daniil in for his second stop on lap 29 to switch to another set of mediums, with Alex following suit on lap 32. The race calmed down for a spell as Alex closed in on Daniel Ricciardo and Lance Stroll ahead of him, chasing his first podium. With just two seconds covering all three, Stroll crashed heavily to bring out another red flag and set up a 13-lap sprint race to the finish.

All drivers switched to soft tyres at this point, with Alex restarting the final part of the race in fourth and Daniil seventh. With just eight laps to go, Alex pulled a beautiful move around the outside of Ricciardo at Turn 1 to take third place and put pressure on Valtteri Bottas ahead before the chequered flag. Daniil held on to seventh comfortably and ensured both cars that finished the race scored strong points.

"The first ever Tuscan Grand Prix was chaotic with the race red flagged twice. First of all, congratulations to Alex on finishing on the podium for the very first time in Formula 1. He drove very well and when it came down to a 13 lap sprint at the end, he made a great overtaking move on Ricciardo to move up to third. Daniil had a clean race, avoiding the crashes around him, delivering a strong drive to finish seventh. Unfortunately, both Aston Martin Red Bull Racing and Scuderia AlphaTauri were down to just one car on the opening lap. Max lost a lot of places after the start because of a PU problem and then was knocked out in a mid-field collision that also ended Pierre’s race. So, although we are happy about Alex’s first podium, it is very disappointing to have had a PU problem with Max, especially as he had looked to have good pace since Friday. We have already started analysing the problem back in the factory and we will now carry out an in-depth analysis to find the root cause, so as to be in good shape for the second half of the season."

"I’m really happy and it took a while to get here! It’s something I’ve always wanted and one way or another we haven’t been able to get it so to be there today is pretty special. It’s really nice to give the Team something back after they’ve supported me since day one and show them what I can do. It was a tough race and definitely not one of the easy ones. This track is brutal, especially the high speed corners in sector two, and with so many re-starts to manage we had our work cut out. We struggled to get off the line so I knew I had to be aggressive to get all the overtakes done but we had a really good car and we know it’s good on the brakes so we used that to our advantage. When we lost two positions on the final re-start, I was fired up as I wasn’t going to let the opportunity of a podium go by so I pushed hard to get third and I’m over the moon with today’s result."

"It was a very difficult race today, both physically and mentally, so I think we can quite proudly say as a team we didn’t make any mistakes, which is great. It was important for us to get some good points, so I’m happy with the result and I’m pleased with my driving. The team did a great job in difficult circumstances during the two red flags, and our strategy calls today were the right choices. There was a lot of mess behind us, but in front it was quite stable, so P7 was a very good result and we took some more points to close the gap in the championship."

"I am of course very disappointed as I know this could have been a really good race for us. I had a good launch at the start of the race and went around Lewis but then the car just didn’t accelerate so I lost a lot of speed and had no power. I then dropped back into the midfield and got hit from behind. When you drop into the middle of the pack in the first few corners like that it’s quite easy to get involved in a crash so I’m not disappointed about that, we shouldn’t have been in that position in the first place. There isn’t much more to say but it is just really disappointing for the Team that we had to retire again, especially when we looked so competitive but it is of course good to see Alex maximize the result and get on the podium."

"It’s a shame to finish the race just after the first corner. It was quite messy coming into Turn 1 with so many cars side by side. I saw some space between Kimi and Romain in Turn 2, I ended up in the middle and had nowhere to go, so we collided and that was pretty much it. I don’t think there is anyone to blame, but it’s a shame as I feel like we missed an opportunity for points today. We showed good pace all weekend and, even if we didn’t have a great qualifying, I was confident we could recover today. Obviously, I would have liked to have been out there with the guys and fight for points, but I think we need to take the positives here because the performance so far has been good, so we need to carry this to Sochi." 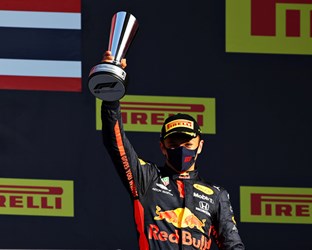