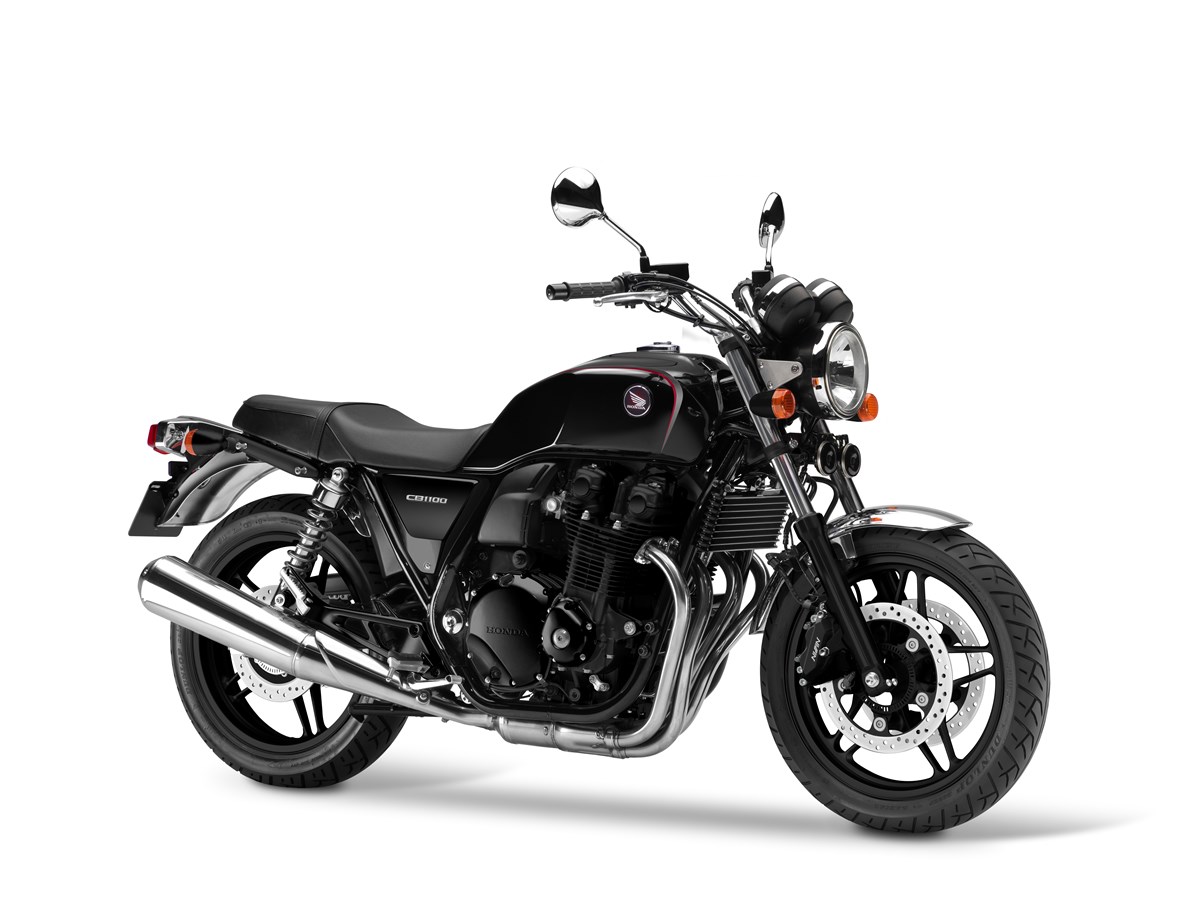 The CB1100, brought to Europe in 2013, met a growing demand for a modern Honda motorcycle that paid homage to the company’s legendary four-cylinder past.

With its classic and evocative lines, handsome air-cooled engine and the sort of quality and attention to detail that inspires devotion and real pride of ownership, it was an immediate success. For 2014, two CB1100 models will be available. The standard bike has evolved into a bare-bones café racer base, available in a striking all-black paint scheme, while the CB1100 EX* adds further subtle difference and enhancements.

The CB1100 is the motorcycle at its most elemental. A steel double cradle frame houses the 1,140cc inline four-cylinder engine, with 41mm conventional telescopic forks and twin rear shocks providing compliant and finely tuned suspension. The riding position is upright and relaxed, a perfect platform from which to watch the world slide by.

The most important addition is a six-speed gearbox, improving fuel economy and making for more relaxed cruising. New instrumentation includes a gear position indicator, as well as fuel computer. Revised indicators round out the updates.

Smooth, instantly accessible power and torque is what the motor’s all about, and plenty of it, anywhere in the rev range. No frantic thrashing to the redline; just dial in the throttle, and go. Four-stroke, four-cylinder motive thrust at its creamy, effortless best.

Bore and stroke is set at 73.5mm x 67.2mm. Drive for the twin camshafts is via central chain, and the valve included angle is 26.5° inlet and exhaust. Inlet valve diameter is 27mm, with a 2.5mm stem; exhaust 24mm with 2.5mm stem. A single secondary balancer shaft ensures smooth running.

The CB1100’s capacities, thanks to its strong engine and well-balanced chassis, are broad and multi-faceted; it’s a bike to be ridden and enjoyed in a variety of situations.

A classic tubular steel double cradle frame grips the engine with four rigid and two rubber mounts; the swingarm is constructed from box-section steel. 41mm conventional telescopic forks are spring preload adjustable, as are the pair of Showa rear shocks. Painted silver, ‘Com-Star’-style cast aluminium 18-inch five-spoke wheels mount 110/80-18 and 140/70-18 single radius tyres, which offer a consistent angle of attack against the tarmac, delivering linear feel and feedback during the transition from upright to full lean.

Through the early stages of development of the original CB1100 the engineers spent time at the Honda Collection Hall at Motegi, examining in detail – and riding – Honda’s fours from before, key among them the CB500/Four, CB750F, CB900F and the mighty CB1100R. The look, feel and sound of these bikes provided great inspiration and a subtle change for the 2014 CB1100 – raising the headlight 25mm – has evolved the look and line of the bike, adding to its appeal.

The circular analogue speedo and rev counter evoke memories of classic Hondas old, and are easy to read. Equipment includes a fuel gauge and clock, and new 2014 gear position indicator, fuel efficiency gauge and range computer. A centrestand and passenger grabrail are fitted as standard equipment.

Befitting its back-to-basic aesthetic CB1100 features stealthy blacked-out detailing and will be available in a Graphite Black paint scheme.

A range of CB1100 Honda Genuine Accessories are available including:

A chrome shroud for the distinctive single headlight reflecting the quality and individuality of a classic style re-imagined.

Honda Genuine Accessories are developed alongside the model. They are all subject to Honda’s rigorous testing procedures and are offered with a two-year Honda warranty. 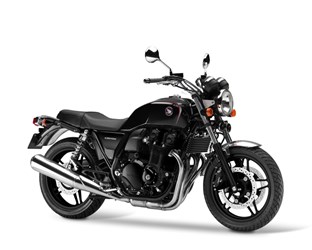