January 14, 2022 - Honda Motor Co., Ltd. today held a press conference about motorsports activities and teams for the 2022 season. Following is the 2022 motorsport program overview and a summary of a speech by Toshihiro Mibe, Director, President and Representative Executive Officer.

“From the days of its founding, Honda has grown up as a company with racing and has been developing its people and technologies through racing. The Honda “racing spirit,” which has served as the basis for Honda’s commitment to winning in pursuit of its dreams, has been handed down from the company founder to the Honda associates of today, while overcoming a number of difficult challenges taken on by past generations of Honda associates. In that sense, motorsports is a major embodiment of Honda corporate culture. Always keeping that in mind, Honda will continue this challenge by racing in a variety of categories in the 2022 season.

In order to strive to make motorsports sustainable and more attractive for everyone, we will take on challenges in other areas such as carbon-neutral fuels and combustion technologies, in addition to electrification. Technologies we refine through motorsports will be incorporated into various products, not only for motorsports, which will continue to support future Honda.

Starting this season, Honda will further strengthen its motorsports operation and capability by adding automobile racing activities to Honda Racing Corporation (HRC), which has been operating Honda’s motorcycle racing activities. This will enable Honda to achieve mutual collaboration of the technologies and know-how Honda has amassed in the respective areas of motorcycle and automobile racing and increase the efficiency of motorsports operations. With this change, Honda will conduct its motorsports activities with a goal to establish itself as an even stronger racing brand, through which Honda will establish a robust foundation that ensures continuous inheritance of motorsports as part of Honda DNA.

In order to fulfill the expectations of motorsports fans and Honda fans and customers all around the world, we will continue devoting our energy to motorsports, through the “new” HRC that integrates our motorcycle and automobile racing activities. Moreover, Honda will continue taking on new challenges so that we can continue sharing dreams and exciting and inspirational moments with our fans and customers.”

In the 2022 season, Honda will compete with the factory teams*2 operated by Honda Racing Corporation (HRC) and strive to win the championship in the Dakar Rally 2022 currently in progress, in the premier classes of all three categories of the World Championship – road race, motocross and trial – as well as the FIM Superbike World Championship.
In addition to factory teams, Honda will support excellent satellite teams*3 which participate in World Championship races. Moreover, in Japan and many other countries and regions, teams formed by local Honda subsidiaries and dealers will participate and strive to win championship titles in road race, motocross and trial categories.

In the 2022 season, based on a request from the Red Bull Group, HRC will support Red Bull Powertrains which will supply the PU that employs Honda’s PU technologies to Scuderia AlphaTauri and Red Bull Racing.

Moreover, Honda will support participation of young Japanese derivers who are striving to compete in the pinnacle of world of automobile racing in the FIA Formula2 Championship (F2) and other races, following the footsteps of Yuki Tsunoda who will be competing in F1 with Scuderia AlphaTauri for the second consecutive year.

In Japan, Honda will strive to recapture the championship title in the GT500 class of the SUPER GT Series by launching the new model of NSX-GT. Moreover, Honda will make changes to the team structure and strive for consecutive wins in the Japanese SUPER FORMULA Championship.

Honda will supply Civic Type R-based racing machines, Civic TCR, for the FIA World Touring Car Cup (WTCR) which will be in its 5th year and the TCR series and endurance races, which have been popular all around the world. Moreover, Honda will continue to supply the NSX GT3 Evo to the GT championships and endurance races held in North America, Asia and Europe.

In North America, through Honda Performance Development (HPD), Honda will supply engines to 17 cars with 6 teams which will compete in the IndyCar® Series. In the IMSA*5 WeatherTech SportsCar Championship, two teams will compete with ARX-05, the Acura brand machine supplied by HPD.

Honda will further strengthen the racing school and young rider/driver development programs Honda operates for the purpose of developing formidable contenders on the global motorsports stage. The Suzuka Circuit Racing School, which offers three curricula, namely Moto, Kart and Formula, will be renamed as the Honda Racing School (HRS). Along with the name change, Honda will enhance the range of rider/driver development categories where graduates of HRS will continue moving up. At the same time, collaboration among motorcycle and automobile categories will be strengthened to further increase the quality of development programs in each category.

In the area of motorcycle racing, since 2016, the junior rider development system and curriculum as well as the machines used in the program are being renewed so that they are geared toward the development of riders who can compete at the level of world championships such as MotoGP.

In the area of automobile racing, Honda will further strengthen the environment to foster young drivers by offering development opportunities in formula races in Europe, FIA-F4 and Super Formula Lights in Japan, and other races through the Honda Formula Dream Project (HFDP).

Moreover, Honda will continue and strengthen its collaborative relationship with Red Bull in the area of driver development. In Europe, Honda and Red Bull as planed will jointly work to send Japanese drivers to French F4 in addition to FIA-F2 and F3.

Furthermore, in Japan, Red Bull driver will become ambassador to HRS and teach the driving techniques of the world’s top level drivers directly to HRS students, supporting their goal to compete in top category races. In addition, Honda and Red Bull will continue to conduct the joint driver development program at the Japanese SUPER FORMULA Championship (SF). And starting in 2023, jointly with HPD, Honda will offer a scholarship program to invite top drivers who compete in the Formula Regional Americas Championship to the SF.

In conjunction with the renewal of the HRC logo, the HRS and HFDP logos also were renewed.

■Honda initiatives to expand the popularity of motorsports

Honda has been making active efforts to expand the popularity of motorsports. In order to convey the fascination of motorsports to a broader range of people, Honda has been conducting various events and activities including ones that can be enjoyed more casually by those people who are not yet so familiar with motorsports.

HRC is hosting one-make races at approximately 30 circuits throughout Japan under two categories of races with different purposes - to simply enjoy motorsports and to foster future MotoGP riders. The one-make race series hosted by HRC include HRC GROM Cup, CBR250R Dream Cup and CBR250RR Dream Cup, which features mass-market models, as well as the NSF100 HRC Trophy, which features the NSF100 a mass-market road racer of HRC and the HRC NSF250R Challenge which is designed to foster future MotoGP riders.

The one-make race series are being held at a number of circuits throughout Japan. In addition, HRC has been hosting some Japan-wide races (at Suzuka or Motegi) for riders who fulfill certain conditions and offering support for riders to step up through training classes. In other words, the HRC one-make race series have been a stage where participants can enjoy the races and/or strive to realize their dreams.

N-ONE OWNER’S CUP is a participatory motorsports program that utilizes the N-ONE mini-vehicle. With the aim of offering a race where more people including racing beginners can participate more casually and experience the joy of driving/operating their vehicles, the N-ONE OWNER’S CUP started in 2014, taking the form of a sprint race with commercially available vehicles licensed for public roads. With this existing concept that has proven popular, this motorsports event will again be held at eight circuits spread around Japan in 2022: Suzuka Circuit, Mobility Resort  Motegi, Okayama International Circuit, Fuji Speedway, Autopolis International Racing Course, Sportsland SUGO, Tokachi Speedway and Tsukuba Circuit. For these races, Honda will further enhance support provided to racing beginners.

In 2022, Suzuka Circuit will celebrate its 60th anniversary since it opened in 1962 as the first full-scale racecourse in Japan. The Suzuka Circuit will host a multitude of events again in 2022, including the F1 Japanese Grand Prix, where Yuki Tsunoda, in his second year competing as an F1 driver, is expected to show a great performance. Other races to be hosted by the Suzuka Circuit in 2022 include the Suzuka 8 hours Endurance Road Race, which will be held as a part of the FIM Endurance World Championship.

Mobility Resort Motegi (currently Twin Ring Motegi) will celebrate its 25th anniversary this year and continue hosting various races and events throughout the year including the FIM Grand Prix World Championship (MotoGP) race, which has been a tradition since the early days of this circuit, as well as the FIM Trial World Championship (TrialGP).

Main international races to be hosted by Honda Mobilityland 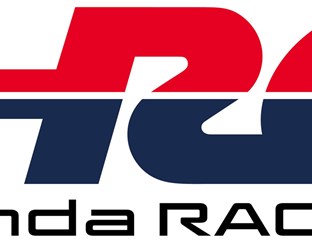