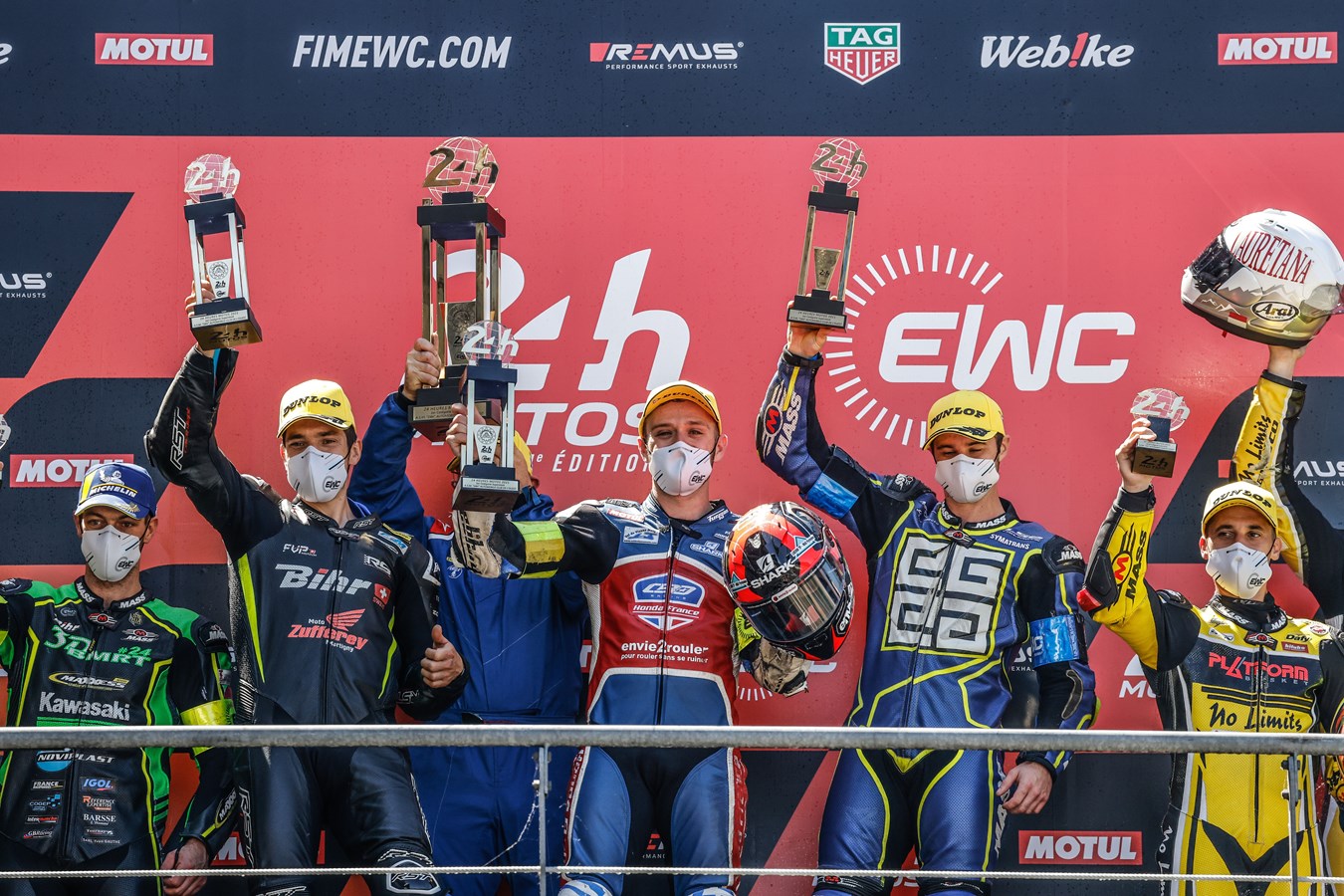 In an amazing performance, the National Motos team took victory in the Superstock class and 5th overall on their CBR1000RR-R Fireblade SP, having started the race from 18th on the grid.

After some shifting positions at the front of the category during the first half of the race, National Motos took the lead at the halfway point of the race on the #55 CBR1000RR-R. At night, Kevin Trueb had a problem with his right hand, and the team manager decided to keep him as a reserve rider and race with only two riders, Stéphane Egea and Guillaume Antiga, making their feat of endurance even more impressive.

Last year’s winners F.C.C. TSR Honda France finished the 44th edition of the 24 Heures Motos in tenth aboard their #5 Honda CBR1000RR-R Fireblade SP, having been in podium contention until the early hours of the morning.

After the first three hours, the team of Josh Hook, Mike Di Meglio, and Yuki Takahashi was placed in a podium position, sitting in third.

By the mid-point of the race they had completed 424 laps and moved into second place, and as the hours passed, the Honda team kept putting in consistent and solid laps.

Entering the final quarter of the race, F.C.C. TSR Honda France was still running in second place, but with just six hours to go, an issue forced the team to lose time in the pit box. The crew worked hard to get the team back out on track, albeit in sixth place.

Towards the end of the race, Josh had a crash whilst on cold tires and was forced to enter the pit again where the mechanics did a world-class job in repairing the CBR1000RR-R Fireblade SP.

Honda privateer team RAC 41 Chromeburner had to retire in the early stages of the race due to a crash involving three riders at the Dunlop turn after just fourteen laps.

‘We did a great race to finish it with only two riders, and it was very difficult to manage it. So, with the perseverance, professionalism and physical conditions of the rider, we got a fantastic result.  The bike was extraordinary, and we hope that this result helps promote this bike that is born for the competition’.

‘For me, it is amazing as it is my first victory and first podium in Le Mans. The race was good and the rhythm was very constant. We have to finish the race from 10pm with only two riders, and it wasn't easy.  The package of the bike was amazing and the Honda CBR was incredible with perfect reliability for us.’

‘It was incredible to ride from 10pm last night until the finish today with only two riders. The temperature was very hot, but the bike was performing very well. I like a lot the new model of the Honda CBR1000RR-R and it is very easy to get confident with it’.

‘I had a big issue with my right hand, and there was a problem riding the bike. I did two stints with this problem, but it wasn't easy to take the speed and ride in safety conditions. The team manager decided to keep me as a reserve rider, but I understand the decision perfectly. I want to congratulate my teammate for their great job and the victory.’

‘The race was very hard and we had to struggle with this hot condition and didn’t have the perfect combination with the tires. We worked better when the sun went down, and the track temperature was lower. The goal was the podium, and we had a good chance to achieve that. The team did an amazing job, and a massive thanks to my teammates.’

‘With the hot temperature, we struggled a lot with the tyres, and we need to analyse this for the next race. We did our maximum; we need to find again the speed that we lost to be ready for Estoril but the team was perfect and I want to thank all the team for their great job.’

‘I never felt like this; physically and mentally it was very hard. It is a very good experience, and I learned a lot from this race, not only for riding but also for thinking. We had some challenges but this is an endurance race, and we will be stronger for the next one.’ 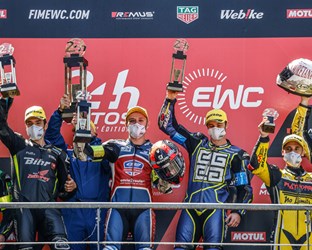