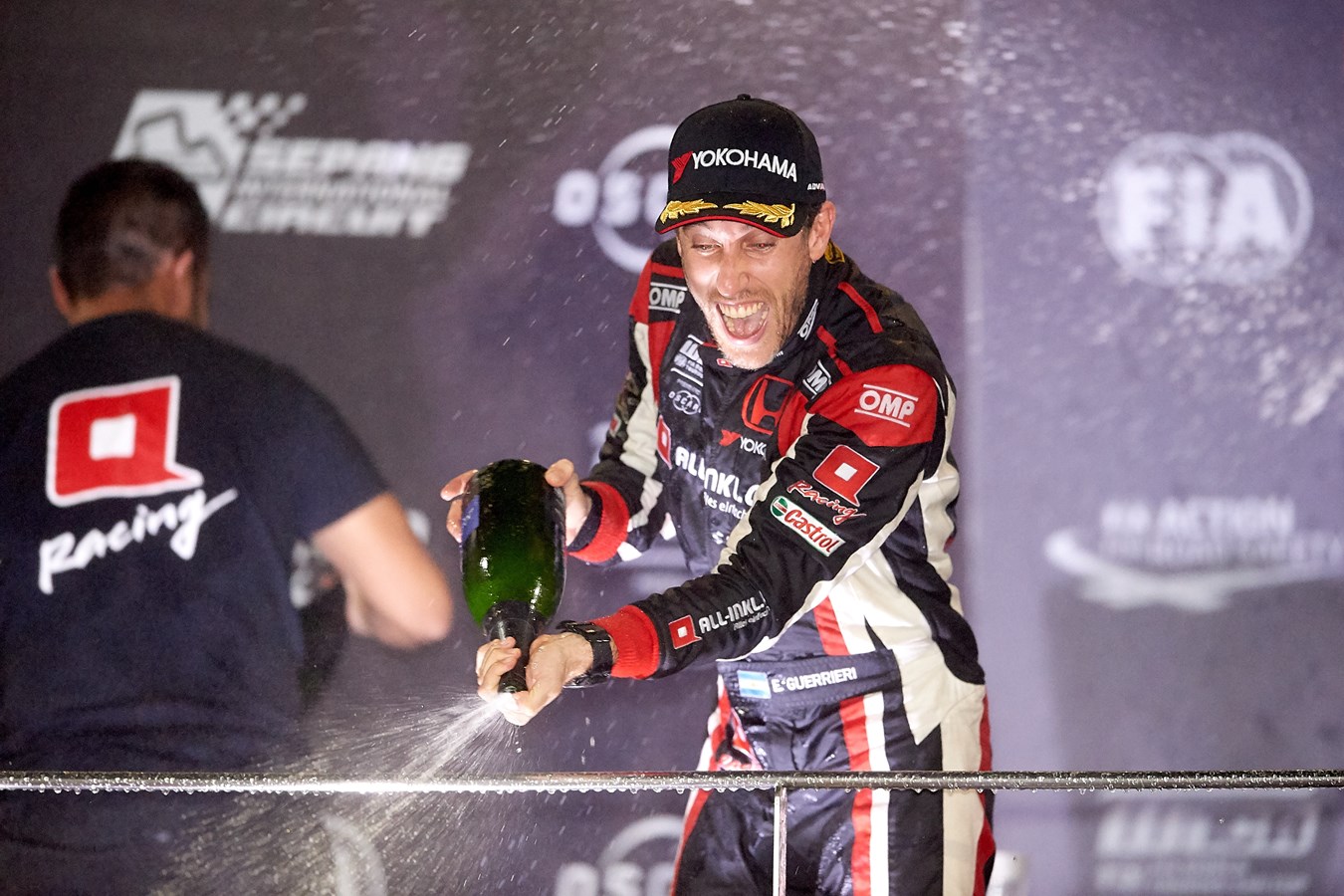 To mark a third successive campaign where Esteban Guerrieri, Nestor Girolami, Tiago Monteiro and Attila Tassi make up Honda’s quartet of drivers, followers across the Honda Racing WTCR social media channels were last week encouraged to take part in Twitter polls to choose each driver’s highlight in the series so far.

In each case there were four moments to choose from, with every vote open for 24 hours.

The vote in the week’s opening poll was as tense as the moment that eventually won out, as Esteban’s stunning win at Sepang in 2019 eventually prevailed.

In that race, Esteban pulled off one of the standout opening laps in World Touring Car history to go from ninth on the grid to lead before a red flag. Though he took the restart second on countback, he quickly surged back ahead and went on to claim his fourth win of that season - a victory that sent the 2019 title to a final-race showdown.

“There were very special circumstances while we were fighting for the championship,” recalled Esteban. “It was raining, we were heading into the evening, with the team selecting which tyres to choose.

“I started from ninth and needed the win, so I definitely had to push very hard. I went all in on the first lap, starting from ninth, and managed a mega lap - I would say the best of my life - to jump from ninth to first. Then there was a red flag, and after restarting the race in second, I got back into the lead and made a big gap and I managed to win that race.

“It’s definitely one of the highlights of my career. Although in race three the championship didn’t go our way, race two was still mega. I have very nice memories of that, so thank you to the fans for voting for it.”

The Malaysia victory beat off competition from Esteban’s determined, defensive Macau 2018 win, a dominant double-pole, double-win weekend at the Hungaroring last year, and his victory at Aragon last November - where he rose from 16th on the grid to win in mixed conditions - to edge the contest.

That Aragon triumph meant Esteban became the first driver in WTCR history to reach 10 wins, and it was another record achievement from the 2020 campaign that won the week’s second vote.

There was a more decisive verdict in Nestor’s vote, as his record TCR lap of the Nürburgring Nordschleife in qualifying won out.

‘Bebu’ saved his best until last in fading light to establish a new best time of 8m51.802s around the 25.378km ‘Green Hell’, which beat the previous pole position record by more than three seconds.

“It’s a fantastic choice, my first pole position at the Nordschleife,” said Nestor. “It was really challenging because it was getting dark, it was beginning to rain, difficult conditions.

“It was the last chance, the last lap of qualifying, and I knew it was now or never so I went for it and it was a really nice feeling to get the pole position for the team, for Honda, and also for me in these conditions.

“We know getting a pole position on the Nordschleife is something special, so I was really happy with that and I hope this year we can get it again. Thank you again for voting.”

That lap was one of two Nürburgring moments fans had the opportunity to choose from, with the Argentinian’s breathtaking pass on the Döttinger Höhe for third place in race one in 2019 also part of the vote, as well as his double win at the Hungaroring in 2019 and his victory at the head of a Honda Civic Type R TCR 1-2 at the Slovakiaring that year.

There was little doubt about which way the fans would swing in Tiago’s category, as his emotional victory in Vila Real in 2019 won the poll with almost 50% of the votes.

That result was a milestone moment in the ex-Formula 1 driver's career not only because it took place in front of his home Portuguese fans, but because it was also his first win since his return to racing after sustaining serious injuries in an accident two years earlier.

“My win in Vila Real in 2019 was definitely one of the highest points of my career, and one of my best feelings after my return from my accident in 2017,” said Tiago.

“My return to action in the WTCR hadn’t been the easiest in 2019, but in Marrakech at the beginning of the season I was in the top five in qualifying and I knew I had a good feeling in the car on street tracks. So at Vila Real, another street track, I felt confident and really strong straight away.

“Winning was probably an even stronger feeling than the first time I won there in 2016; winning after my accident, in my home country, in front of these amazing fans with this amazing atmosphere, it’s really a beautiful story. Thank you to the fans for voting for this - I hope to give you a lot more moments like this very soon.”

Though the 2019 season marked Tiago's full-time return to racing, he made a one-off outing during the 2018 WTCR campaign at Suzuka before that, where he received a guard of honour at the start of first practice. That was also among his nominated moments, alongside his frontrunning pace at the same venue a year later - where he set the best time in first qualifying and scored a podium - and his Hungaroring podium in 2020.

The Vila Real 2019 weekend was a popular one for Honda Racing drivers, and fans chose Attila’s pole position from the same event as the Hungarian's best moment yet.

Attila was sensational through second qualifying at the Portuguese street circuit, setting the fastest time in every session to head a KCMG one-two on the grid for the final race.

Though he was passed by team-mate Tiago when he suffered a misfire on lap three and later retired, Attila - then aged 20 - had already made history by becoming the youngest driver to land a pole position in the WTCR.

Attila's other nominations were his head-turning debut weekend at the Hungaroring in 2018, his maiden podium at Zolder in 2020, and his third-place finish at the Nürburgring the same year.

"It’s an amazing choice, picking my pole position at Vila Real,” said Attila. “It was an incredible qualifying - the lap felt very nice and smooth and I really felt like there was nothing more on the table.

“With that result I became the youngest polesitter in WTCR’s history, so it’s an extra achievement and makes this selection even more special. And it was a great feeling because my team-mate Tiago, the local hero, was right next to me on the front row.

“I really hope that this year when we get to Vila Real we can repeat this moment, I will be very happy to see all the fans hopefully at the race track this year. But until then thank you again, stay safe, and hope to see you soon." 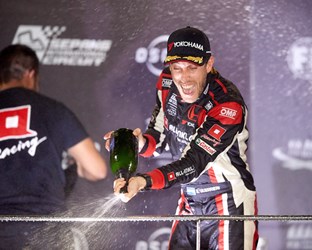