My Ride, My Life: Leon Haslam 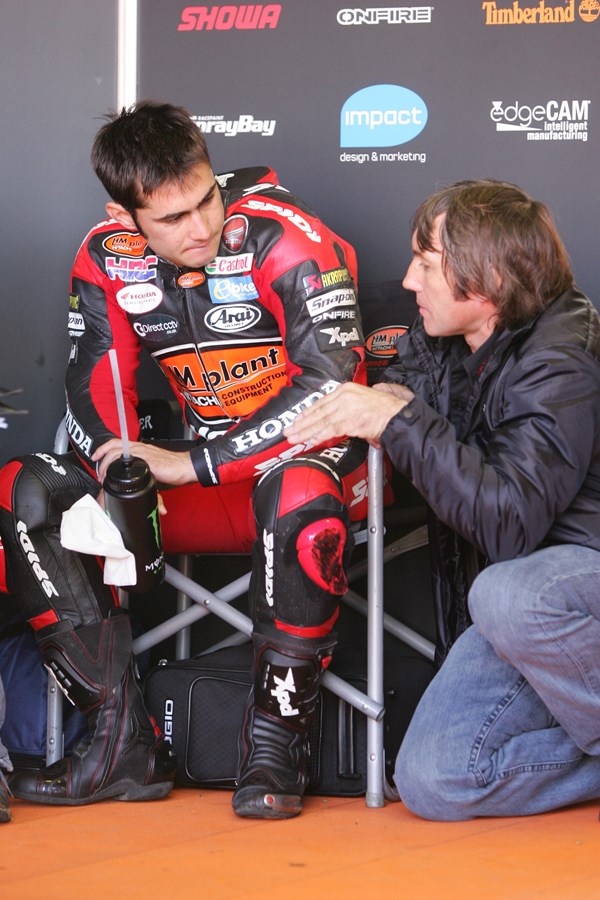 Leon Haslam was literally born into bike racing but maybe because it was so familiar he took it for granted for a time. By most people’s standards a very short time, but when your dad is ‘Rocket’ Ron Haslam, expressing a real interest to ride more seriously at eight years old is maybe one or two stops later than expected…

To see the full interview with Leon Haslam visit: https://link.honda.racing/VLtf or download below

Reminiscing on his start in the racing world, Haslam explains “I think I was six weeks old at my first Grand Prix. Obviously I can’t remember that one…”

But what about his general memories of his lifelong fascination with motorcycles? Leon has memories layered within memories for the simple fact that a lot has happened for him in the intervening years. Enough to fill the career of any regular bike racer three times over.

His first bike was a much-loved Honda QR50, which he rode with all the pure joy and pride only a four-year-old could muster.

And even at 38 years old he is nowhere near done with this bike thing yet. With racing, or bikes in general.

“Motorbikes are a way of life from me,” he explained through his usual grin. “It can be any bike. Playing around in a wet field on a bike that we have disconnected the brakes from, going trials riding to motocross to flat track. Yes, I have made a career out of road racing so that is where my training is, my focus is, but it has always been an everyday thing for me. I feel really lucky that I have been able to do that.”

Added to his father Ron’s equally stellar career, both riders’ lives have been studded by shining moments, many on Hondas. So much so that Leon has collected together enough personal Haslam memorabilia and souvenirs that the official Team HRC WorldSBK rider has created nothing short of a museum at the old homestead. The accompanying video depicts the result.

All the iconic crash helmets, leathers, photographs, trophies and certificates that you can imagine are there. All the bountiful flashes of glory and positive memories that live in each object hang in the air as well as the walls; a shared ‘racing-is-in-the-blood’ bond between two generations of British racing royalty.

But this is motorcycle racing, and that beast shows itself in many of its forms - sometimes a fairytale and sometimes a bit grim. In a matter-of-fact manner, the museum displays ‘ironmongery’ that has held together this or that Haslam broken limb, finger or foot. Well, as a conversation piece it sure beats shells taken from your happy family beach holiday. Leon’s deep-seated passion for motorcycles has survived seven significant leg injuries, so you can understand a certain black humour mixed in with the masses of shiny, happy memories.

Leon would not have had his personal ride through life to this point any other way though. “Motorcycling is just pure emotion. The highs the lows, the adrenaline, obviously the excitement, the winning the losing. There are a lot of ‘down days’ and frustrations but the highs always make that a positive feeling. For me, I wouldn’t change a thing.”

Walking through his museum gives Haslam the chance to reflect on his and his father’s racing life, and life on two wheels in general. Significant elements of their ‘working’ lives hang on every wall and adorn ever surface. Behind glass, Ron Haslam’s first ever HRC Honda contract, signed in 1983. Or as Leon puts it, “the year I was born.”

A picture of Honda Motor Company founder Soichiro Honda hangs on the wall close to a framed poster of Ron when he became ‘MCN Man Of The Year’. Guess the date? 1981.

Not only that, on a table close to it is Leon’s own MCN Man Of The Year Award from 2006. “The only father and son to have won it which makes me very proud,” said Leon.

The apple never falls far from the tree, they say.

It’s a telling thing about Leon to hear him say he sometimes just looks at his father’s vast array of racing leathers to reminisce and dream of glory days, some of which happened even before Leon was born. Motorcycling, especially racing, gets under the skin of even the best of us, it seems.

And look at the photos. The almost endless wall of black and white photos.

“Photos, over the years, bring back good memories, of Suzuka 8-Hour wins and so on but especially pictures of me and my dad, after the support he has given me,” said Leon. “The pictures are always a positive thing to look back on and see what you have achieved.”

Being a paddock baby, literally, everywhere from the Grands Prix paddock to the Isle of Man TT, and all points in between, it is natural that Leon made his ‘Grand Prix’ debut at the British round of the championship, at the Haslam’s home-from-home, Donington Park.

Not in the way that many would think, as Leon was only fourteen years old, and entered in the single make Honda CB500 Cup. Designed as a cheap and very cheerful way to get into national level racing for commuter bike money, Leon was given special dispensation to race.

He won, of course, and his career path to first Grands Prix and then BSB was set. No more scooter racing or motocross. They were just for fun from now on.

His start in racing led to his BSB Championship crown, three Suzuka 8-Hours wins, and nearly being WorldSBK champion in 2010. A remarkable career, but all the way through the fascination with motorcycles in general, and the thrills that only two wheels and an engine can bring, is still front and centre of Leon’s life. Often with his dad still an enthusiastic co-conspirator.

For someone that has competed at the highest level throughout their career, Haslam does explain that he still has some ‘unfinished business’ in the world of racing.

“There's a few things that I want to tick off the list, before I hang my boots up as they say” he explains.

Currently campaigning in the WorldSBK championship with Team HRC, Haslam has a long history of competing on Honda machinery.  “I got on my first Fireblade 20-odd years ago and I've managed to ride every Fireblade since throughout its development” said Leon.

However, it is the current iteration of the Fireblade – the CBR1000RR-R Fireblade SP that has impressed him the most: “Honestly the version that we're on now, the lap time it can produce as a standard bike with the electronics, it is the closest thing to racing. It's exciting to see where the bike development is going”

Despite having the chance to ride some of the trickest motorcycles on the planet, the most refreshing, most impressive thing about the Haslams in general is that even after all that racing, they still see bikes as a way to have fun, to enjoy their passion, and to really be themselves. 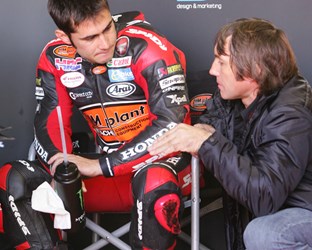 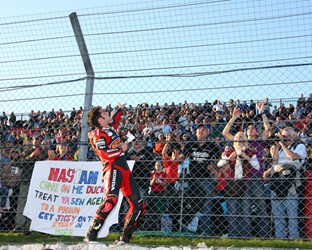