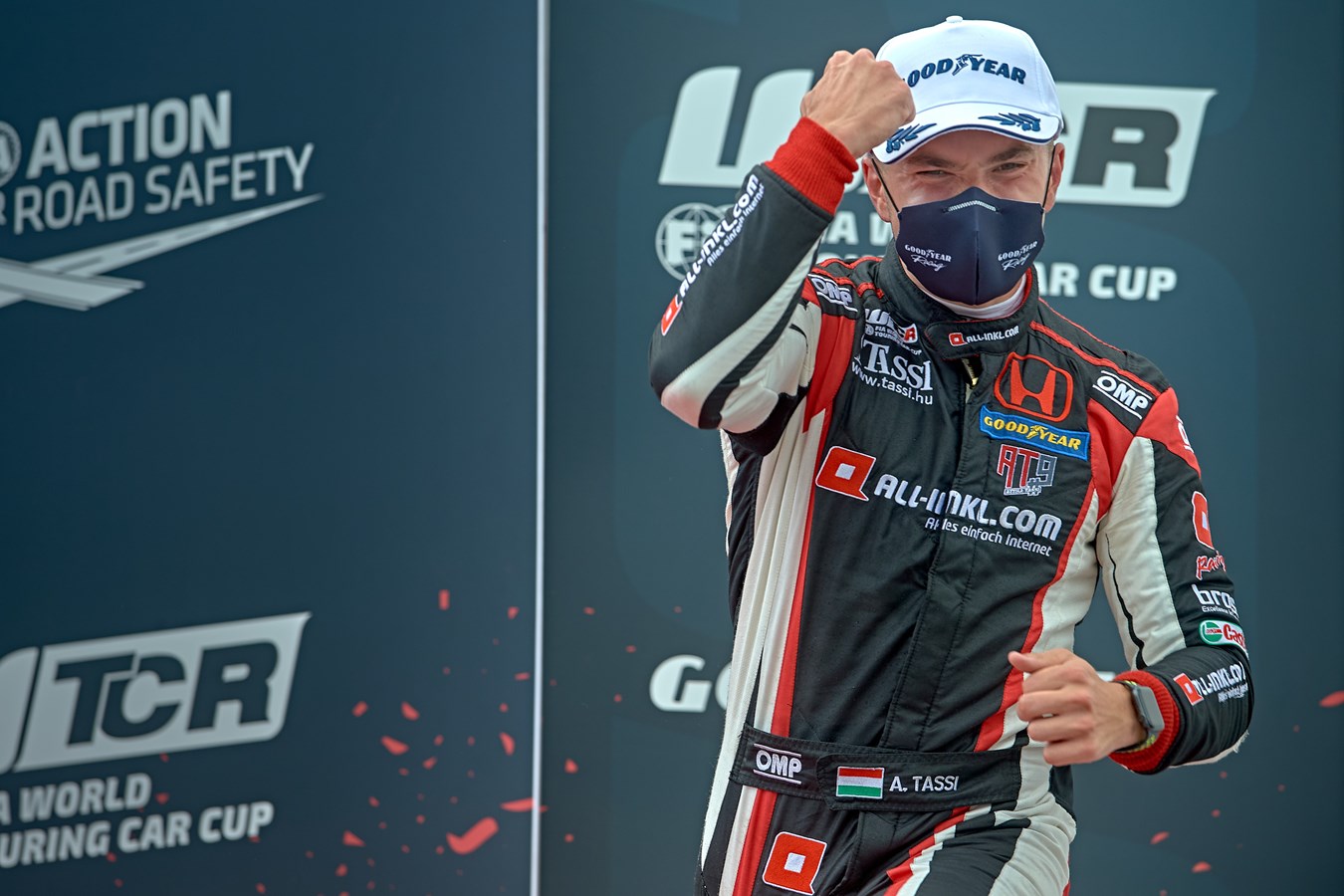 Attila Tassi scored his maiden victory in the WTCR - World Touring Car Cup with a composed drive in the second race at Estoril on Sunday to put ALL-INKL.DE Münnich Motorsport in the lead of the Teams’ Championship.

In a race where two of his fellow Honda Racing drivers might have taken top honours in different circumstances, the 22-year-old made sure he was in the right place to give the team its second win in as many race weekends at the start of the 2021 season.

Attila started the race fourth, burst into second off the line and held the position into Turn 1 despite a hit from behind, then passed his team-mate Tiago Monteiro when the Portuguese driver’s bonnet came loose before holding off a train of cars in the closing stages.

Having earlier finished seventh in Race One - in which he was also hit at the first corner - Attila was the highest points scorer in Portugal and is now second in the Drivers’ Championship, five off the leader.

The victory made up for disappointment on the other side of the ALL-INKL.DE Münnich Motorsport garage as a faultless drive in Race Two from Tiago went unrewarded.

Having raced more than three seconds clear of the pack, Tiago ceded the lead with less than six laps to go before pitting to have his bonnet strapped down, and finished the race in 18th. Nevertheless, fourth place in race one meant he ended the weekend within 10 points of the standings lead in a share of fifth overall.

Esteban Guerrieri started Race Two from pole position, but a slow getaway meant he dropped into the midfield on the opening lap. Having taken the restart following a Safety Car period in 16th, the Argentinian battled his way back through the order and eventually claimed eighth in his ALL-INKL.COM Münnich Motorsport Civic Type R TCR.

It marked the second round in a row where Esteban missed out on a bigger points haul than promised, though his eighth place in Race Two coupled with a fifth-place finish in Race One elevated him to joint-fifth in the points with Tiago.

Nestor Girolami had a tough opening race, retiring his Civic Type R TCR with front-end damage after contact under braking at the first corner.

The ALL-INKL.COM Münnich Motorsport team were forced to neutralise parc ferme conditions to repair the car for Race Two, meaning ‘Bebu’ forfeited his third place starting spot, but from the back of the grid he produced a strong comeback to finish 13th.

Attila Tassi said: “It's been a long time coming and not easy to achieve but I'm so happy with my first win. I'm of course disappointed that I was not able to stand on the podium with Tiago. After his problem, I don't know how many laps there were but it felt like the race just went on forever, and the whole thing was made even more difficult by the fact that I had a radio problem, so all I could do each lap was focus on perfecting my exit onto the two straights so the cars behind had no opportunity to pass. Thank you to ALL-INKL.DE Münnich Motorsport for their amazing work and to Honda as well. It’s an amazing feeling.”

Tiago Monteiro said: “First of all I'm really, really happy for Attila - every time it looks like we will share the podium something happens, but congratulations to him. I would have preferred it to be a different way of course, but it wasn't meant to be. It's disappointing to miss out on a win in this way, but I've had this before in my career so while it's hard to swallow at the moment tomorrow will be a new day. There are plenty of factors that will come into play, but the championship is long and we have a good package, a good car to fight with, and we are still in touch in the title fight.”

Esteban Guerrieri said: “My weekend didn't end up as good as it looked like it could have been. In Race One we gained some positions, but the main focus was on Race Two. The start was unfortunate and I accept part of the blame, but the situation was difficult because I was dealing with two things that came together at the same time. I noticed on the grid the lights were very hard to see from pole so I had to bend my head down, and there was also an issue with the revs. By the time I tried to get my head down the lights were already off and I got swamped. Still, I had a lot of fun - I made some nice overtakes and felt the car was really hooked up - there is just a bit of a sour taste of not being able to capitalise on our poles. But we are still in the fight and have Attila's victory to celebrate; congratulations to him.”

Nestor Girolami said: “Unfortunately in Race One I made a mistake at Turn 1 and locked up my tyres, which cost me the possibility of scoring points. That also meant I had to start race two from the back because there was not enough time in parc ferme only to repair my car, but finishing 13th after a clean race and some good fights was a good recovery, even if it meant our Sunday was quite a way from the target. I'm sorry Tiago missed out on winning his home race, but I'm happy for Attila because he deserved that win and drove really well. I hope to come back stronger at Aragon; it will be tough for us because we're likely to have maximum compensation weight, but we will push hard and work together as always to get the cars in the top 10.”

Dominik Greiner said: “There are mixed feelings, but of course we are very happy about Attila scoring his first win. He fully deserves this and has done a great job all weekend - he was on the pace in qualifying, and then he made his fortune by getting into second at the start of Race Two. We can only be sorry for Tiago because he built a very strong lead and would have deserved a victory at his home race. With Nestor, bad luck in Race One meant he was in a bad position for Race Two but he made a strong recovery and gave the mechanics a reward for their work to get the car ready, and obviously it's a shame Esteban couldn't convert his pole into a win. Now we look forward to Aragon and trying to score more good points.”

Mads Fischer said: “We have to start by congratulating Attila on his first victory in the WTCR - he's an extremely talented driver and it's fantastic to see this rewarded, particularly after such a mature and composed performance in Race Two. The big disappointment is that he was not able to share the podium with Tiago, who drove perfectly after taking the lead at the start. It's a shame as well that for different reasons Esteban and Nestor were not able to take advantage of their qualifying positions, but having seen good pace from the Honda Civic Type R TCR this weekend we can at least leave satisfied that the end result was a win.” 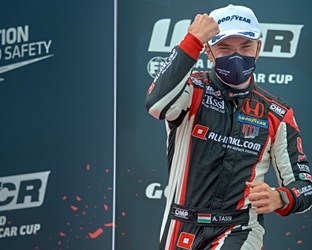