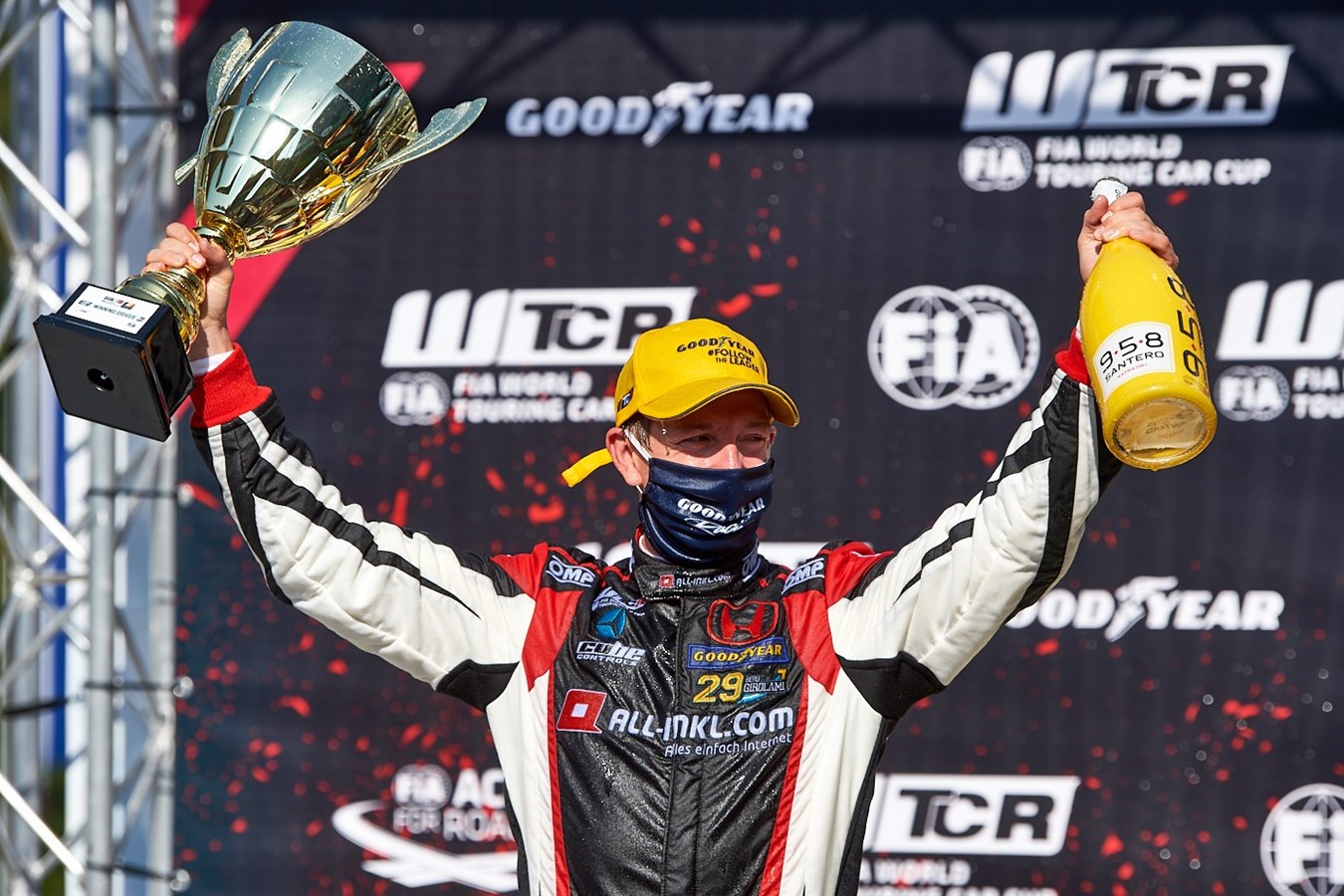 Nestor Girolami opened the 2020 WTCR - FIA World Touring Car Cup season with a victory, on a day of triumphs in the face of adversity for the ALL-INKL.COM and ALL-INKL.DE Münnich Motorsport teams.

'Bebu' led from lights to flag in Sunday's 13-lap opening race to claim his fourth WTCR win at the wheel of the JAS Motorsport-built Honda Civic Type R TCR.

After making a fine getaway from pole position, the Argentinian never looked like ceding the lead and clinched a comfortable victory - an excellent result made even better by a first podium in the WTCR for ALL-INKL.DE Münnich Motorsport driver Attila Tassi.

That, coupled with a measured drive to fifth in race two, means Nestor holds an early second place in the Drivers' Championship after the first of this season's six rounds, seven points behind the series leader.

Things were less serene on the other side of the ALL-INKL.COM Münnich Motorsport garage for Nestor's compatriot Esteban Guerrieri.

Having made an excellent start to the opening race, as he advanced from 11th on the grid to eighth, Esteban retired after two laps as a result of radiator damage - a fate also suffered by ALL-INKL.DE Münnich Motorsport driver Tiago Monteiro.

Unfazed by the task in hand, both operations completed engine changes in less than two hours before the start of race two, with both drivers rewarding that hard work with points finishes.

From 21st on the grid - a consequence of the team working on the cars in parc ferme conditions - Esteban made up seven places on the first lap alone, recovering to 13th at the finish.

Tiago - who like Esteban had also made an excellent start to race one before his issue; climbing from 17th on the grid to 14th before he stopped - made similar ground, advancing from the back of the grid to finish 15th, only to drop to 19th after a post-race penalty was applied.

Attila's drive to third in race one was one that oozed maturity, as the 21-year-old balanced hounding the car ahead for second with defending his place on the podium. A maiden WTCR rostrum was no less than he deserved.

He would likely have been on for a top-five finish in race two as well but, having climbed a position to sixth at the start, contact at the Thierry Boutsen chicane sent him to the back of the field.

Undeterred, he staged an improbable comeback to join the fight for the final points positions. He crossed the line in 16th, though was also handed a penalty and eventually classified 20th.

The Honda Civic Type R TCR drivers now face a quick turnaround before heading to the Nurburgring Nordschleife for the second round of the season in under a fortnight.

Nestor Girolami said: "To get a victory and be second in the Championship is an excellent way to start the season, particularly as it was a tough weekend for us. In race two I maximised the opportunity we had at the start; it was really important to overtake two cars, because we saw in race one that it's so difficult to overtake. In our case, we minimized the damage this weekend because it wasn’t easy for any of us. It's a shame for my team-mates that they had issues, but I think everyone in the ALL-INKL.COM Münnich Motorsport team did the maximum possible and I want to congratulate all my crew and the team again for turning out the four cars; it’s not easy, but they managed to do it very well."

Esteban Guerrieri said: "I’m very thankful to the ALL-INKL.COM Münnich Motorsport guys that they were able to get my car ready for the start of race two after the disappointment of race one. In the second race I got a good start to gain quite a few positions and took advantage of some situations before the safety car. If I’m honest, I thought the restart was a little bit too early, so I was not prepared. I lost the train in front a little bit and had to repass a car, so I lost a bit of time. But it was at least good to get a couple of points from the weekend, and of course I’m happy for Nestor for his victory and Attila for getting a podium, and for the team as well because we got a good result at the end of a complicated weekend."

Attila Tassi said: "I’m very happy to start with a podium, which was one of my aims heading into this new season - it’s a great way to begin this new chapter with ALL-INKL.DE Münnich Motorsport, and I’m grateful for their support. Unfortunately race two was not ideal. I had a good start and overtook one car, and then was involved in a fight with Thed Bjork; it was clean, and even under braking for the chicane we didn’t touch, but then when we turned in we made contact and unfortunately immediately my car snapped straight into the tyre barrier. It’s a shame because we could have collected more points, but there are still a lot of races in the championship - even though it is not as long as usual.”

Tiago Monteiro said: "First of all, the guys did such an amazing job to repair the car in such a short time after race one. We had roughly two hours, and it's not an easy task, so congratulations to them. We started last, so it was really a matter of recovering as many places as possible. I had a lot of fun with a number of drivers, and it was good to fight with many of them, but some are more fair play than others, and some of them need to get used to how we play. It’s definitely not the weekend we wanted, that's clear, but we never give up. Of course we have to understand what went wrong - there were a few things in qualifying, and the performance overall was not exactly as we wanted."

Dominik Greiner, Munnich Motorsport Team Manager said: "We are very happy with Nestor’s performance, he did a brilliant job with his victory, and it was also a good drive from Attila to score his first podium. We have frustration for Tiago and Esteban in race one, but it was an absolutely perfect job by the mechanics to get two engines changed in less than two hours - a mega job, particularly as it was also hot today, so we can be very proud to have such great mechanics in the team. It's still not the result we expected for the season opener; it's a very short season and every weekend is much more important than normal, and you need to score in every race, so a zero is very tough to recover from. But we keep going, we won't give up, and I think all four drivers are still in good positions to score good points."

Mads Fischer, TCR Project Leader, JAS Motorsport said: “The Münnich Motorsport guys did a great job in managing to get both cars ready in time for race two and out with no problems after the difficulties of race one, so that was already a big victory. And of course, Bebu had a good weekend and got good points in the bank. Overall it’s a good start; we have to catch up a little bit, but it’s going to come. Turning to the Nurburgring, it’s going to be a tough weekend, but we will get over this one also. The drivers like it, so if we can manage to get some speed in the car in the old part of the circuit like we had last year, then I think it should be a good race for us there.” 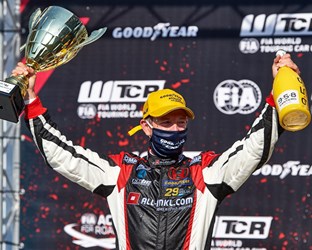