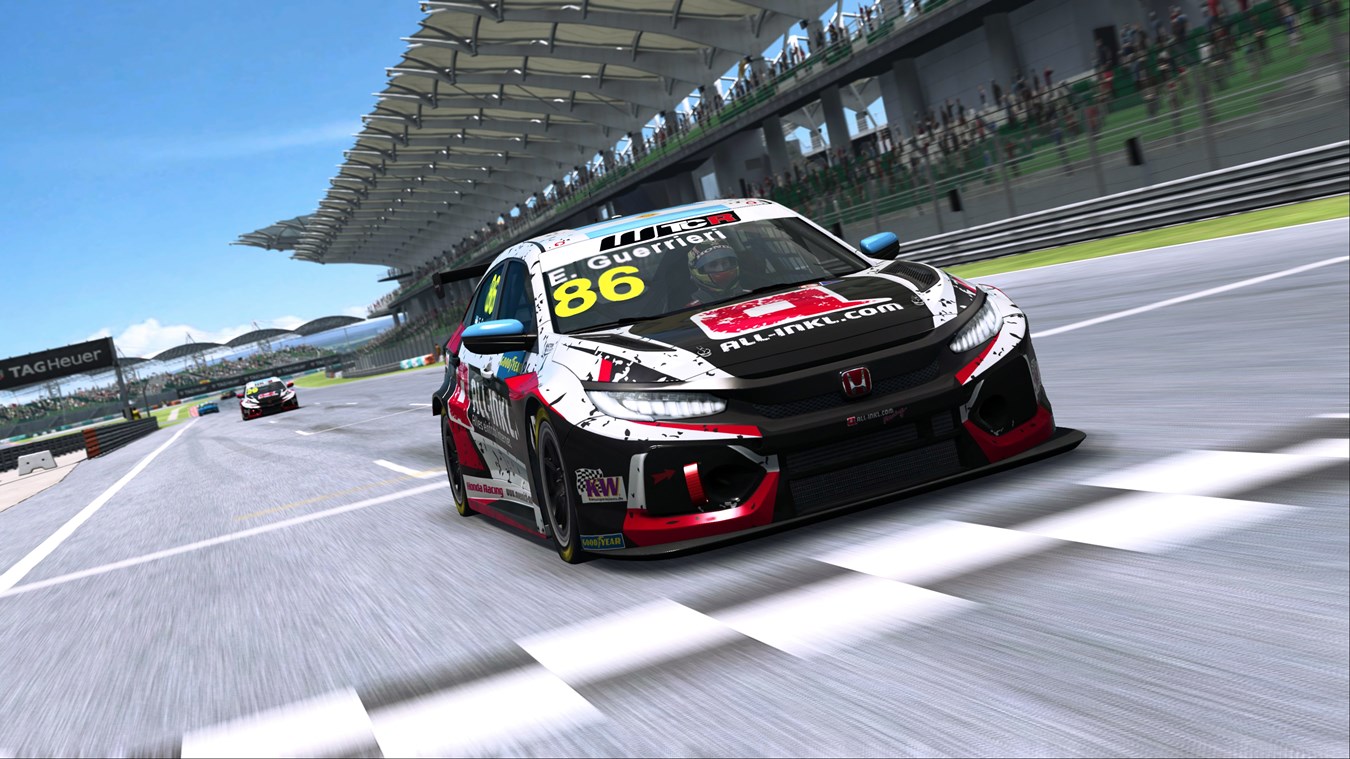 Esteban Guerrieri claimed an impressive hat-trick of pole position, victory, and a fastest lap as he narrowly missed out on the WTCR - FIA World Touring Car Cup's Pre-season Esports Championship title at the virtual Sepang.

Despite his near-miss, Esteban's results - which also included a second-place finish - brought Honda Racing drivers’ highly successful participation in the series to a triumphant conclusion.

Esteban was fourth in the opening part of qualifying, but put in an unbeatable lap in the superpole session to claim his second pole position of the six-round season.

The Argentinian converted pole into a lead at the first corner, at the head of a virtual Honda Civic Type R TCR 1-2 as Nestor Girolami leapt into second, and set a scorching pace as the two pulled away from the pack.

Esteban's margin over Nestor at the finish was just over a second - Nestor, who set the fastest lap of the race, sitting selflessly behind Esteban to boost his teammate’s chances of claiming the title - with 3.742s back to the third-place finisher.

From seventh on the race-two grid, Esteban charged through the pack. He made up two positions through the first sequence of corners, and with another pair of incisive moves was third by the end of lap one.

He took second with an excellent dive at the Turn 9 hairpin midway through the race, and had caught the leader by the end of the final lap, but ran out of time to challenge for the victory and claimed the runner-up spot, having also set the fastest lap.

That result meant he claimed a Championship-best single-round score of 50 points, and finished third in the standings - just six points behind the champion.

Nestor backed up his second-place finish in race one with a battling drive to fourth in the finale, which marked his best points-scoring haul in the Championship.

That strong finish moved him up to sixth in the final standings, two points off a top-five finish, ahead of Attila - for whom the Sepang round was typical of his fortune in the second half of the Championship.

Having hounded the third-place car early on in race one, in pursuit of a Civic Type R TCR podium lockout that would also have boosted Esteban’s title hopes, Attila - who was fastest in the first part of qualifying - had two overtaking attempts thwarted, and was later pushed out wide while attempting to defend fourth place.

Following this, he was tapped needlessly into a half-spin and dropped to eighth, though he caught back up to the pack and finished the race seventh.

On for a fifth-place finish in race two, having worked his way forward from 10th on the grid, Attila was hit at the first corner at the start of the final lap and lost three positions, though an excellent recovery ensured he finished the finale sixth.

Tiago Monteiro was involved in an entertaining, race-long battle for ninth in race one, and led the six-car group for some time, ultimately finishing 10th - his fifth top-10 finish in the Championship.

A campaign in which sim-racing rookie Tiago demonstrated his professionalism came to an untimely end in race two, however, when he was eliminated as a result of contact on the opening lap.

Following their participation in the Pre-season Esports contest, all four drivers will now turn their attention to preparations for the real-life 2020 WTCR season, which is due to begin at the Salzburgring on 12-13 September.

Esteban Guerrieri said: "I said before this round that I could only focus on my results, so I am proud I was able to record pole position, a race win and a second place, even though we came up just short in the Championship. I felt really comfortable all throughout the event and, having taken pole, it was brilliant to lead Nestor in a 1-2 in the first race. This is a great result, and one for Honda, ALL-INKL.COM Münnich Motorsport, and all the team to enjoy! Of course there are no mechanics here, but hopefully they're at home watching. This was another great initiative from WTCR and from RaceRoom, so thank you to them. Now our focus turns to hopefully being back on track soon with the same competitiveness we have shown here."

Nestor Girolami said: "Even though I started with a small chance to become champion, realistically my hope was to finish in the top five. Qualifying third was good, and then at the start of race one I did a very bold overtake at Turn 1 to get second. I knew Esteban was fighting for the title so I didn't want to disturb him, so doing this 1-2 for Honda, for ALL-INKL.COM Münnich Motorsport, was an amazing way to mark the final round of this Championship. As a general point on our participation, between the four of us we were playing really, really well as a team. This was a very good opportunity to show to the others that we are going to play the same way during the real season, because we are one team and we want only one goal - for Honda to become world champions.”

Attila Tassi said: "I had a very good cooperation with Bebu in the first part of qualifying, which helped me to set the fastest time, but my lap in the superpole session wasn't especially good; the first sector was fastest of all, but then in sector two I made a mistake when the car got a bit of oversteer and in the last corner I locked up and I missed the apex. As for the races, I was pushed out a couple of times and it was a bit of a shame that this stopped me getting better results. But I can still be very happy with my performances and I am pleased to have contributed to Honda’s success in this Championship - I hope to carry it into the real season."

Tiago Monteiro said: "Although there was a lot of contact again in race one, it was a competitive fight among five or six of us scrapping for ninth. I thought I had been able to get a bit of a gap, but without anyone to follow myself and the rest of the pack behind me getting the benefit of my tow they caught me again. Even so, 10th was a decent finish. In race two I was in the pack, but then I got hit and that was it. So a mixed way to end what at times was a difficult Championship, but I’m happy with my perseverance and would like to say well done to Eurosport and RaceRoom for putting on this competition." 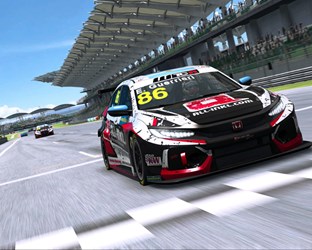