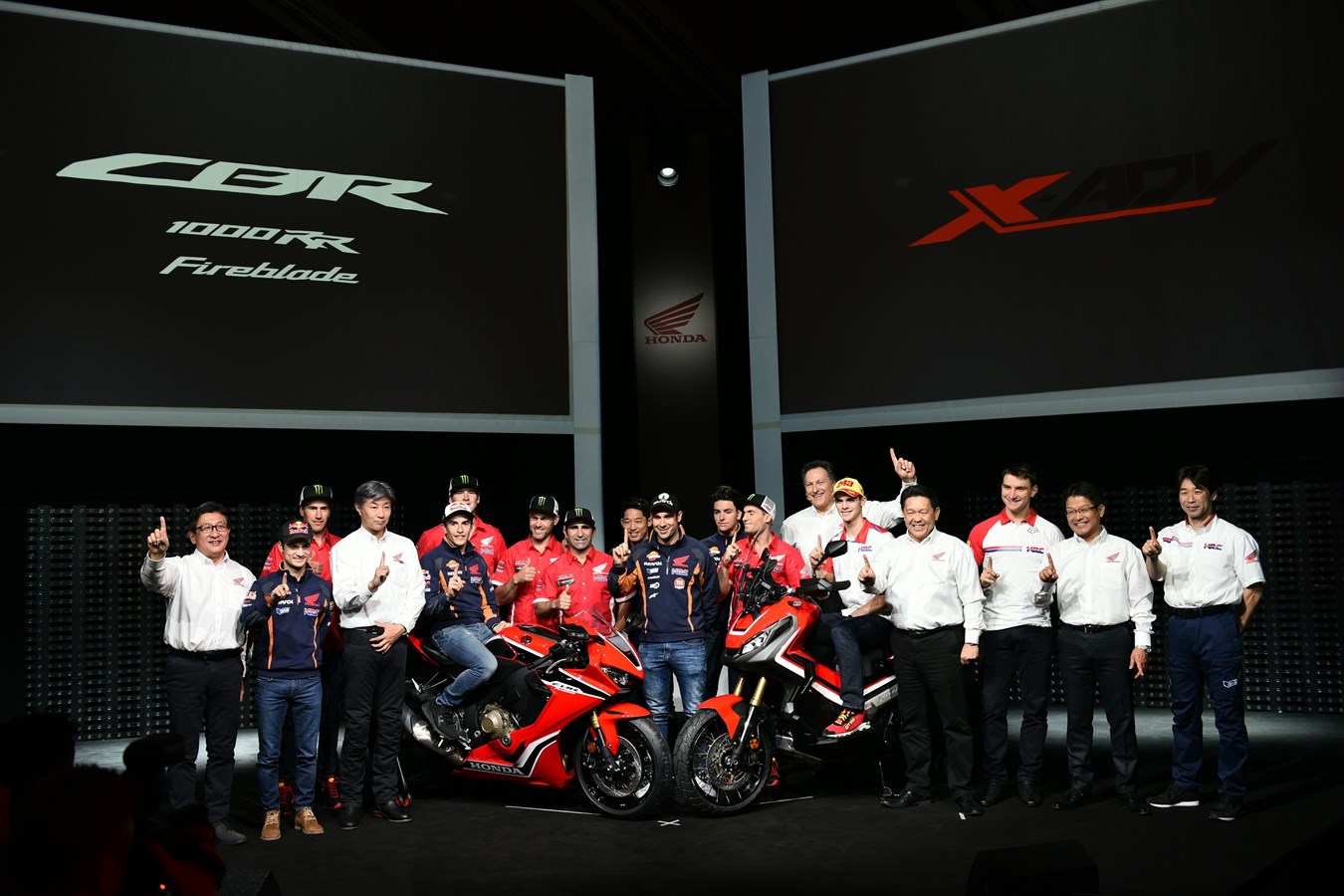 Honda today completes the reveal of its full 2017 motorcycle line up by unveiling 2 new and 6 extensively upgraded models on the eve of the EICMA show in Milan.

The X-ADV is a new breed of motorcycle, that continues Honda’s long tradition of finding innovative ways to create products that enhance and enrich its customers’ lifestyles. It mixes rugged SUV style, off-road appeal and premium specifications, thanks to a tough chassis, long travel suspension, four-piston radial-mount brakes and a torque-laden 745cc twin-cylinder engine driving through Dual Clutch Transmission*.

The CBR1000RR Fireblade joins the upgraded SP and new SP2 versions to complete a trio of Fireblades that mark 25 years since the celebrated machine re-wrote the rules of the Super Sport segment. Its relentless focus on handling and agility under the mantra of ‘Total Control’ continues, with 90% of main components revised for a 16kg weight reduction to a class-leading 195kg. Coupled with an 8kW top end power boost, it improves the new Fireblade’s power to weight ratio by 14%, to a level hitherto unseen in its history.

For 2017, the Fireblade now moves into ‘Next Stage Total Control’, with a comprehensive electronic control package featuring a new gyroscopic ABS system, Honda Selectable Torque Control, Selectable Engine Brake and Power Selector. All these parameters can be precisely adjusted with the Riding Mode Select System inspired by the RC213V-S street legal version of Honda’s MotoGP machine.

A year after the introduction of the CRF1000L Africa Twin, Honda’s off-road CRF family is further strengthened for 2017.

Every CRF contains the promise of adventure, and the promise of the special experiences that start where the asphalt ends. The dual purpose CRF250L brings that promise within easy reach of every rider. For 2017, it is now both Euro 4 compliant and more powerful thanks to a new throttle body and revised intake and exhaust systems. Its new design draws on that of the pure motocross ‘R’ models, and for 2017 it is also equipped with switchable ABS.

The CRF family now has a totally new member, inspired by the CRF450 Rally race machine – the CRF250 Rally, which offers even more off-road performance, with a 10 litre fuel tank, big front brake disk, long travel suspension and high ground clearance. The Dakar styling – together with knuckle guards and the high screen - give great weather protection, making the CRF250 Rally good to go, whether it is round the block or round the world.

The 4-cylinder naked CB650F continues the long Honda tradition of stylish middleweights with a highly-tuned balance between engine power and chassis handling. For 2017, it receives a range of updates that make it tougher and sharper, with a more aggressive streetfighter attitude.

Also updated for 2017, with more pumped-up Super Sport style, is the CBR650F. Its redesigned fairing improves aerodynamic performance; styling is more aggressive and compact, with an overall look and feel redolent of the new 2017 CBR1000RR Fireblade.

It shares a range of performance upgrades with the CB650F, from revised brakes, Showa Dual Bending Valve front fork, LED head and taillights to a more powerful engine - with a louder sound track.

The Vision now benefits from the use of Honda’s eSP – enhanced Smart Power – engine, which improves torque and power throughout the rev range. A bigger floor, repositioned foot pegs and new grab rails improve comfort, while brakes and suspension have also been upgraded. A complete restyling gives the Vision a more contemporary look.

Europe’s best-selling premium 125 scooter, the Forza 125, has its premium specifications and performance enhanced even further with the use of the Honda Smart Key system, more progressive rear suspension, and new Michelin City Grip tyres.

The big-wheel, flat-floored SH125i – Europe’s best-selling 125 scooter in 2016** – also adopts the Honda Smart Key system for 2017. A new design and LED head and taillight give an even more sporty, elegant look, and practicality is improved with a charger socket and increased storage space.

In addition to these new and upgraded models, several of Honda’s most popular models will be available in new colours. All Honda’s 2017 line-up meet the stringent new Euro 4 regulations, under which the allowable limits for exhaust tailpipe pollutants, such as carbon monoxide, hydrocarbons and nitrous oxide, are approximately half of those for Euro 3.

CRF1000L Africa Twin – new Candy Prominence Red colour for Honda’s full size ‘Go Anywhere’ adventure machine, which has sold over 10,000 units since its return to the market in 2016.

Integra, NC750X and NC750S – All three of Honda’s New Concept series will be available in Candy Prominence Red for 2017.

CB500X – New Sword Silver Metallic, Nitric Orange and Candy Rosy Red for the twin cylinder A2 licence-friendly adventure machine. It is also Euro 4 compliant for 2017, as are the CBR500R and CB500F.

* Over 60,000 customers have bought a DCT-equipped machine since its introduction in 2010. In 2016, 51% of customers have chosen the DCT version of models where it is available as an option. 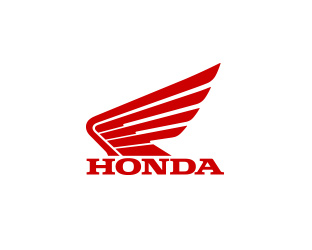 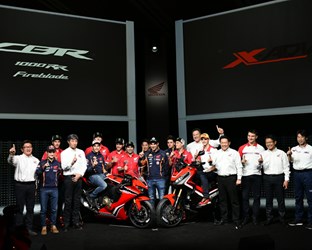