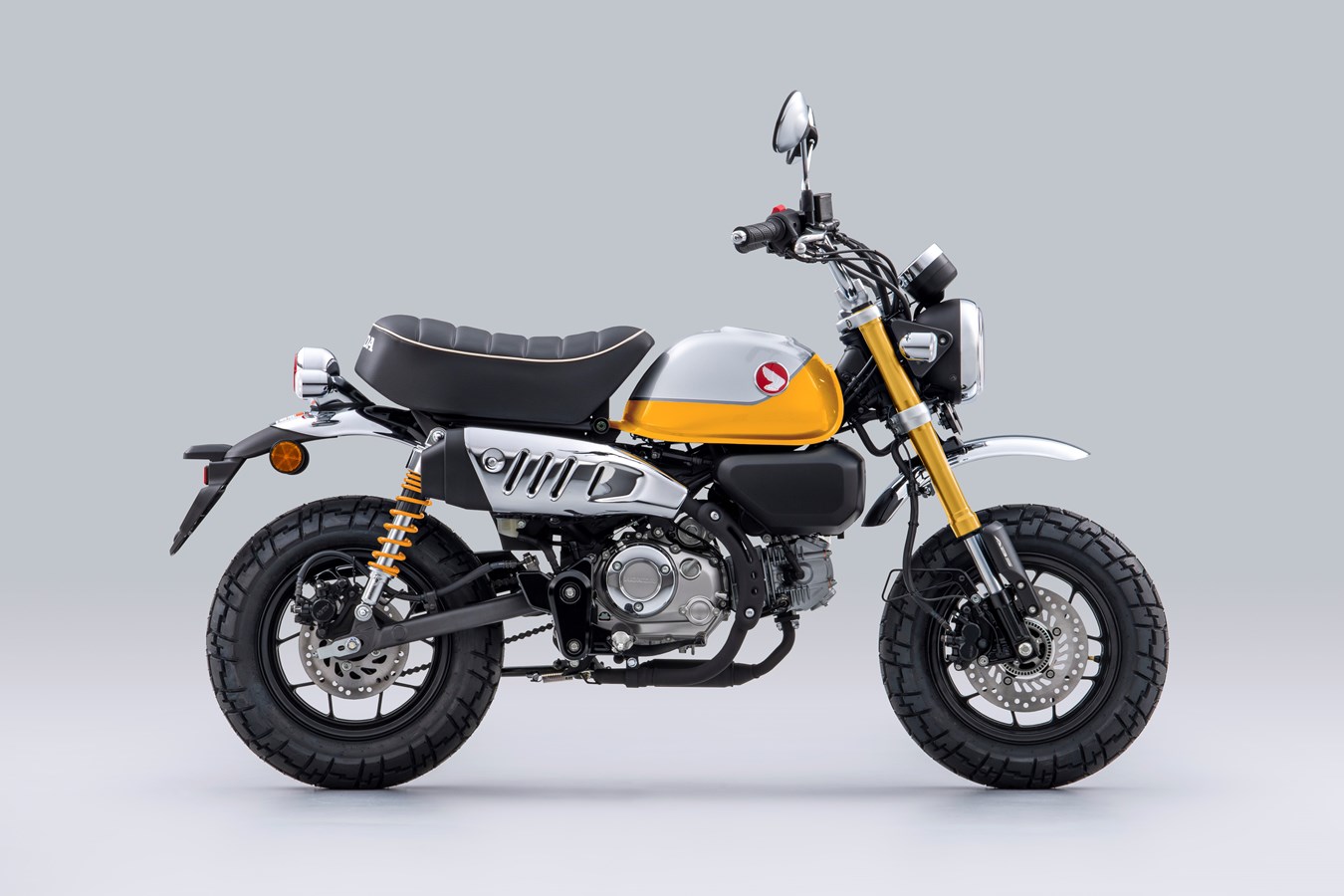 Model updates: After its popular re-introduction in 2018, Honda’s iconic Monkey gets a brand-new air-cooled engine for 2022, with 5-speed gearbox and EURO5 compliance. Two-stage springs for the dual rear shocks smooth the ride and a tubular steel rack is available as an official accessory.

Its popularity was based on a cute, instantly-likable design, tiny dimensions and ultra-light weight – which made it a whole load of fun around town. By 1969 its wheels had increased to 8-inch in diameter and from 1970 it gained even greater popularity, when the addition of quick-detach forks meant it would fit into the trunk of a small car.

By 1978 – a point that marked the start of real prime time for the Monkey – the bike had been re-styled with a teardrop style fuel tank, and became hugely popular with legions of RV (Recreational Vehicle) drivers in need of convenient transport to use once they were parked up. And this is where and when the cheeky Monkey really cemented its place in millions of hearts; with its 3-speed gearbox and centrifugal clutch (which needed no ‘traditional’ motorcycle skill to operate) it gave thousands of riders their first experience of twisting the throttle on a powered two wheeler.

In 2018, the Monkey’s time came around once again. Inspired by the original (but also as a usefully fun 125cc motorcycle fit for the 21st century) a brand-new Monkey cheered up the roads of Europe. Now, for 2022, the Monkey gets an engine upgrade, a larger gearbox,  refinements to the suspension, a brand new colour and detail improvements, further widening its ‘smile’ factor and building-in extra day-to-day usability

And it’s an even easier Monkey to ride and have fun on. A new correcting plate manages the path of fresh air drawn in and feeds an intake duct inlet and connecting tube redesigned to smooth airflow. The shape of the airbox has also been revised to further support smooth airflow, promote torque output and improve drivability. For EURO5 compliance the revised catalyser, while smaller, deals with spent gasses efficiently. The downpipe length has been altered to match the intake changes, while the muffler goes from a three-chamber to one-chamber design to improve performance and create a characterful exhaust note.

The Monkey’s steel backbone frame is tuned for a suitable balance between rigidity and supple feel – perfect for the wide variety of conditions the machine is designed to be ridden in. Oval in cross-section, the swingarm echoes the circular design theme that runs through the bike.

Wheelbase is set at 1,145mm with rake and trail of 25°/82mm and a minimum turning radius of just 1.9m. Wet weight is 104kg, with a seat height of 775mm. The plush seat is made of high-density urethane for maximum comfort.

Classic Monkey style (mini-ape handlebars, chromed mudguards, upswept exhaust with stamped heat shield, chunky tyres, padded seat and ‘peanut’ tank) pays loyal homage to the original and provides all the cues required to chime both with those of a certain age, and a much younger generation.

Older riders connect to a certain ‘70s irreverence – maybe matched to a memory of their first feel of motorcycling freedom – innate in the design while newer riders, already turned on to all things retro, get both that and something undeniably funky to set them apart from their friends. One thing that unites everybody, whether riding a Monkey or simply passing one by, is the ‘smile’ factor. It’s that sort of bike.

For 2022 a fittingly stylish tubular steel rear carrier is available as an official accessory – usefully suitable for heavier loads of up to 3.0kg. The glossy 5.6L fuel tank, finished in the same paint colour as the frame, swing arm and rear shocks, proudly wears a historical 3-D Classic Wing design Honda logo.

The 2022 Monkey 125 will be available in three colour schemes:

Modern technology is fully present amongst the classic looks: a digital full-LCD circular meter features speedometer (which winks playfully when the ignition is turned on), odometer with two trip meters and six-segment fuel level indicator; all lighting is LED; the ‘wave’ pattern key (which also wears the Classic Wing motif) features an ‘answer back’ system that makes the lights flash at the push of a button to allow easy location in crowded car parks; the single channel ABS system operates with an IMU to mitigate rear ‘lift’ under strong braking. 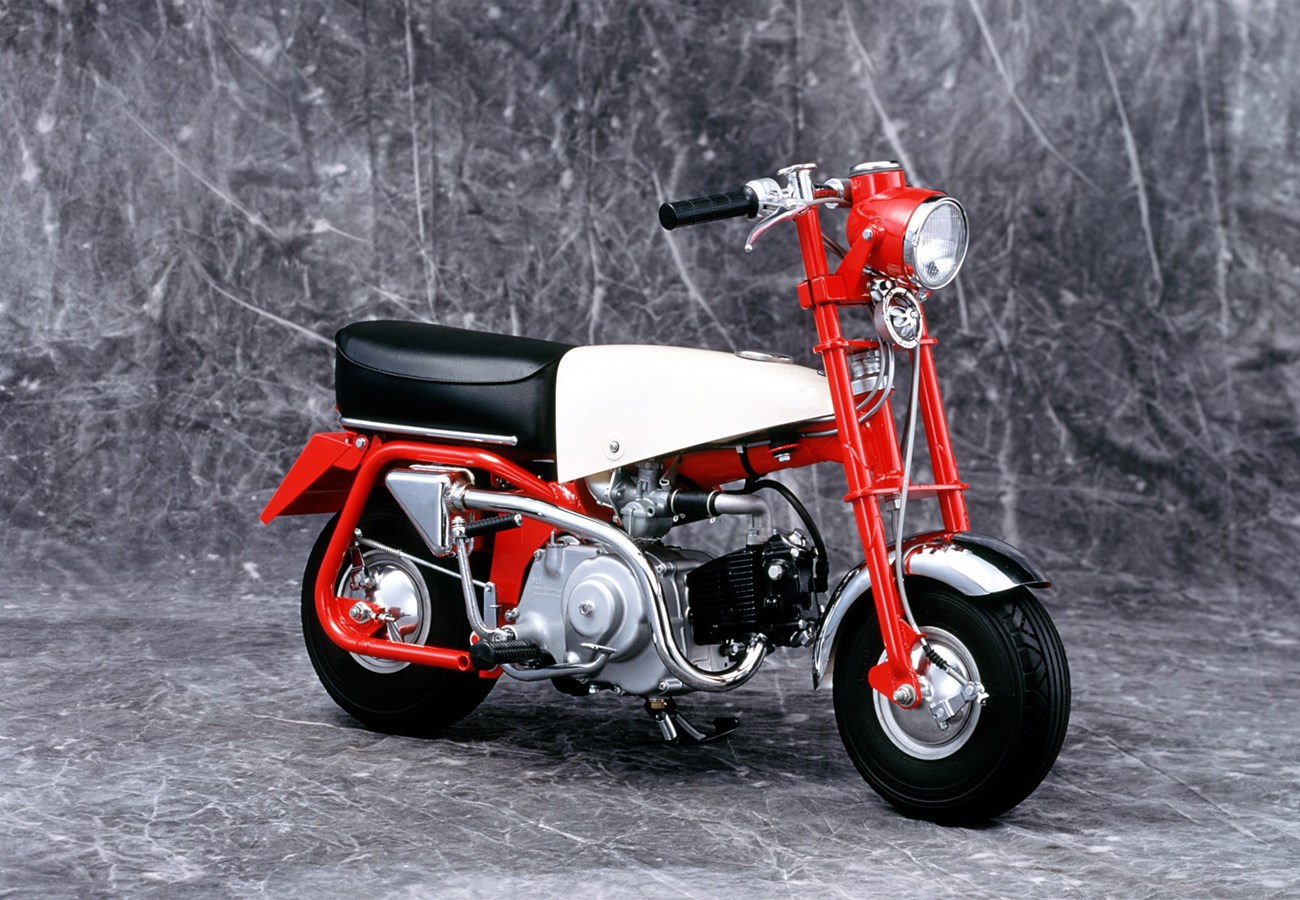 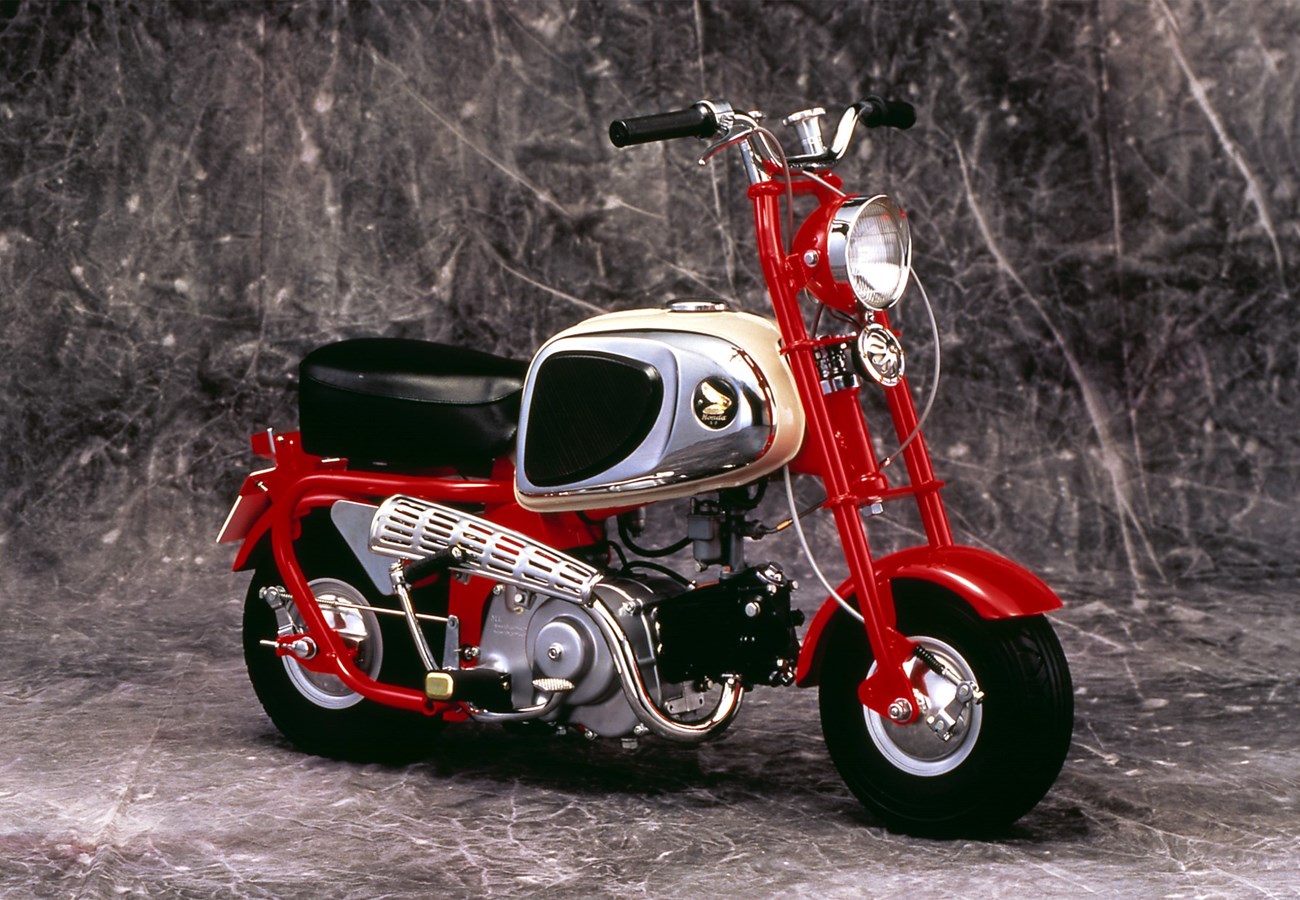 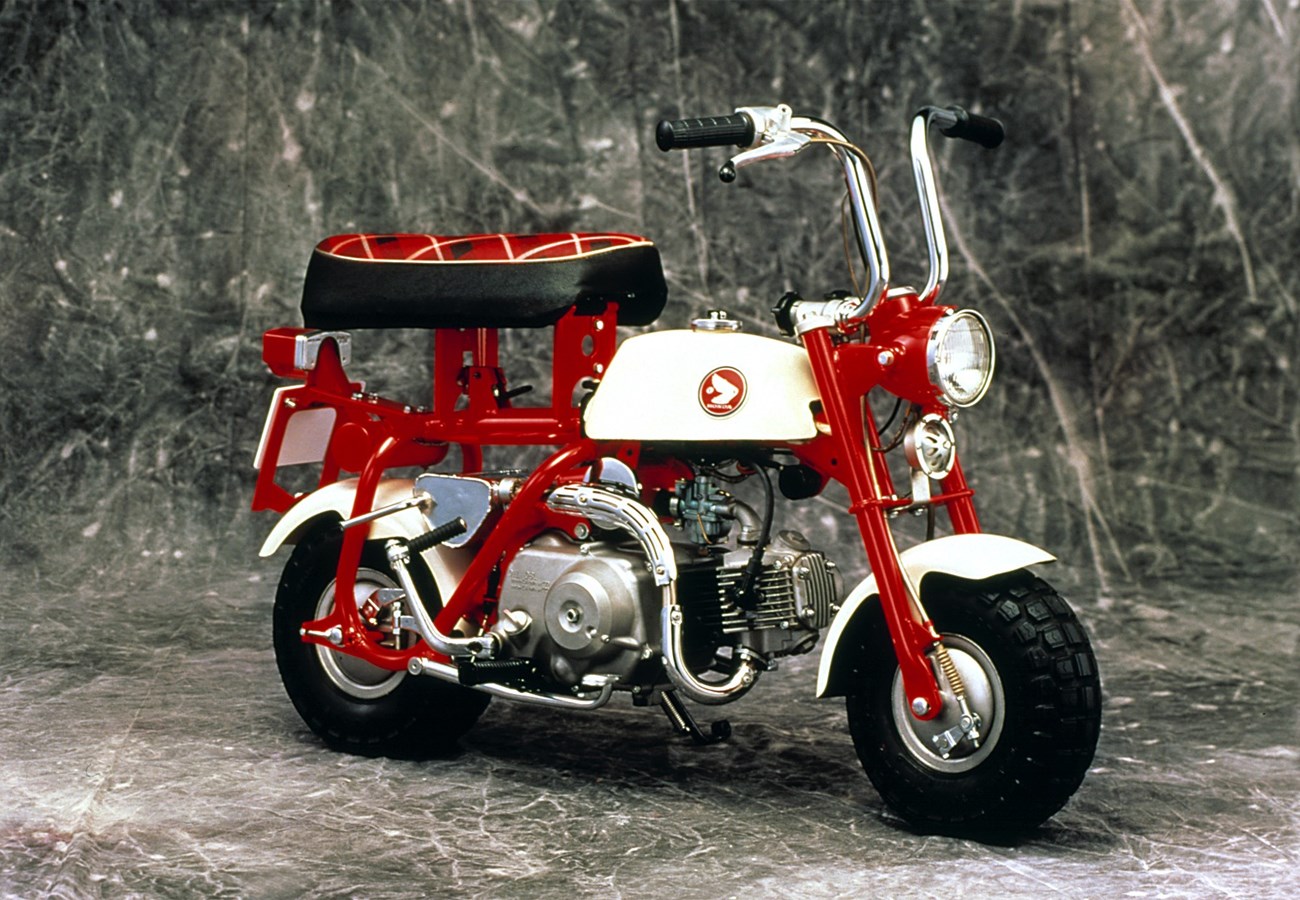 First model sold in Japan – with ‘fold-down’ seat, handlebars and pegs to fit in the back of the car (the new fuel cap also added to prevent leaks when stored on its side during transport). Centrifugal clutch. 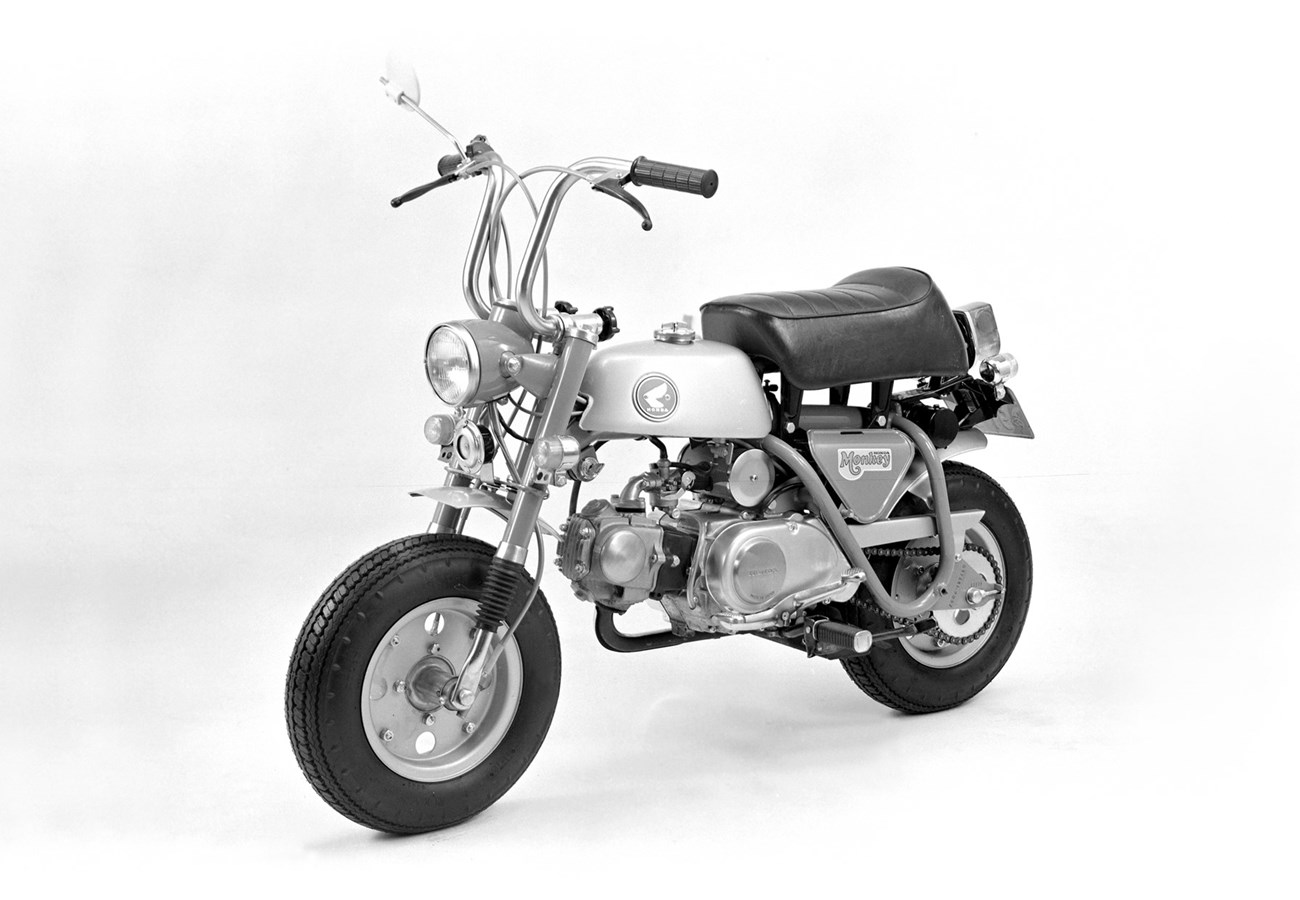 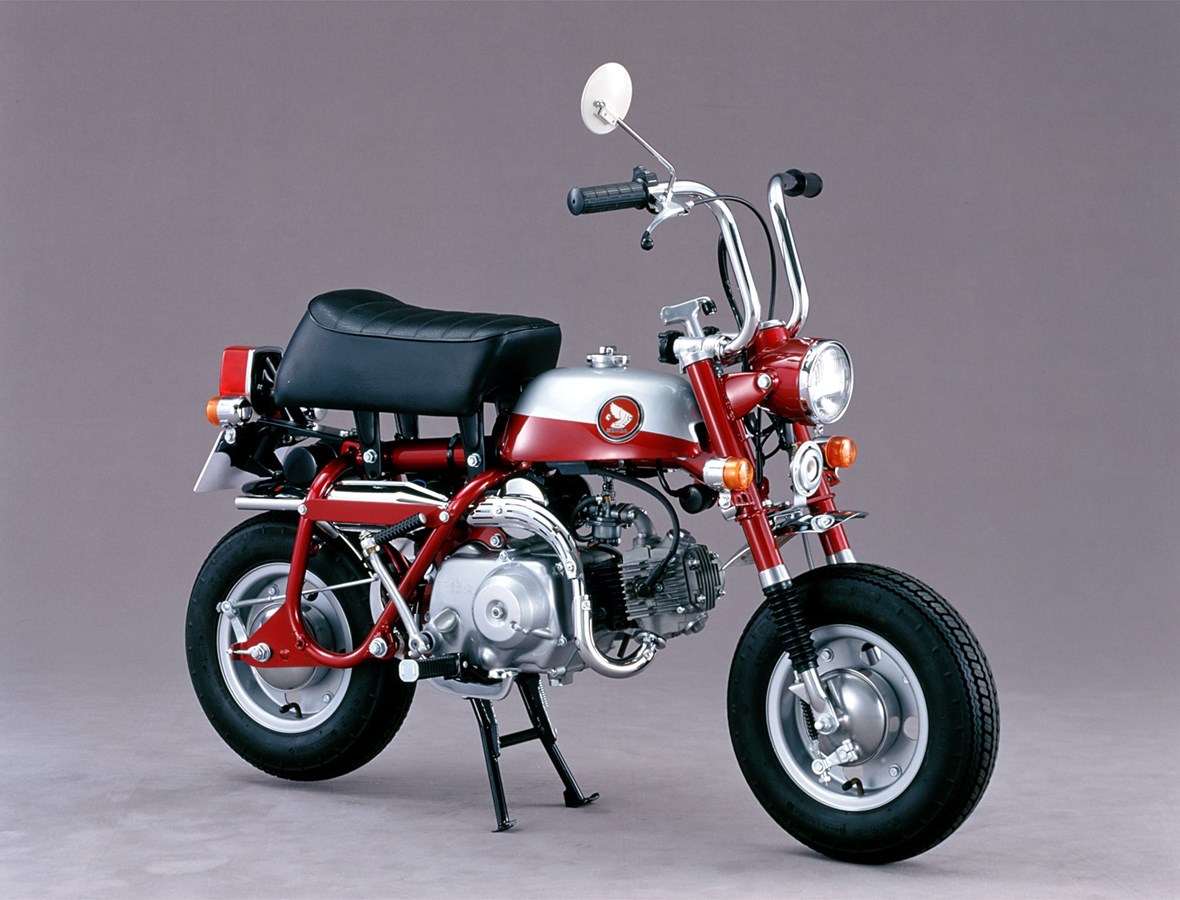 Quick-detach front suspension to make it fold down even smaller to fit in the trunk of a small car. Centre stand to support the bike during the removal of forks 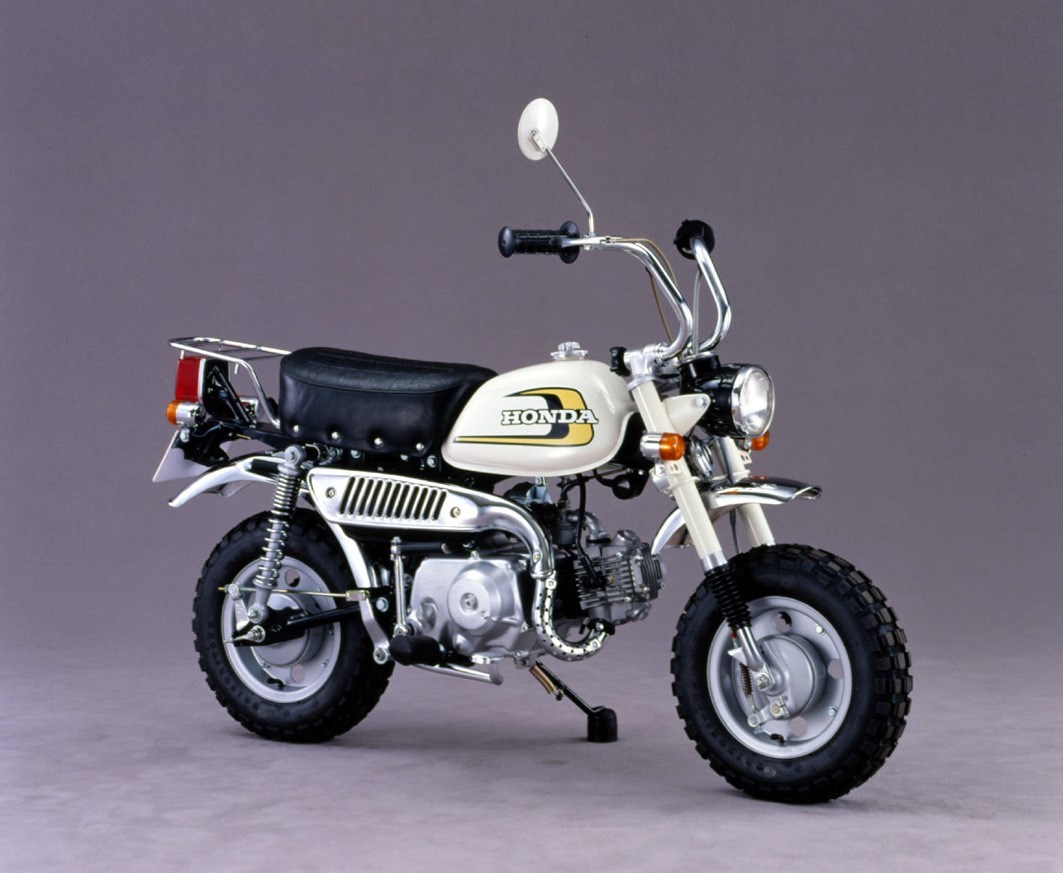 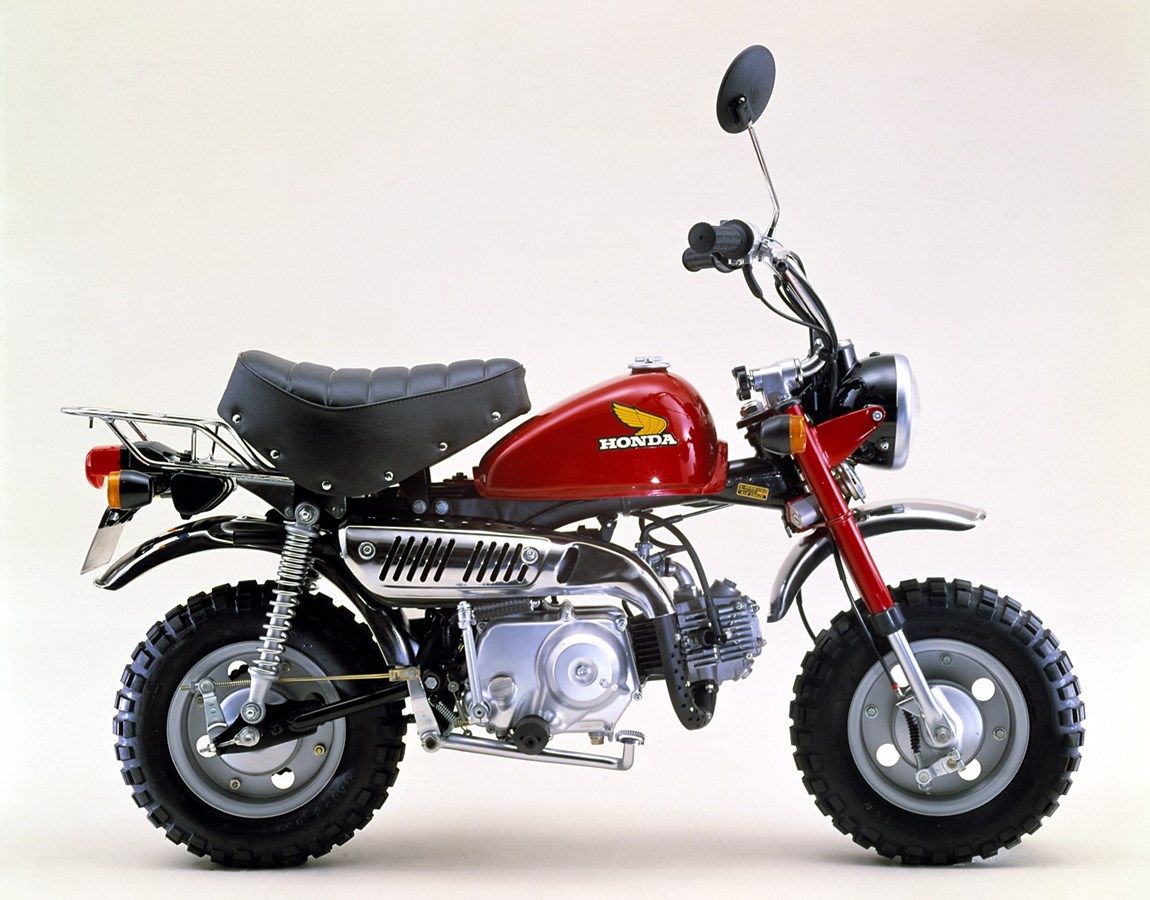 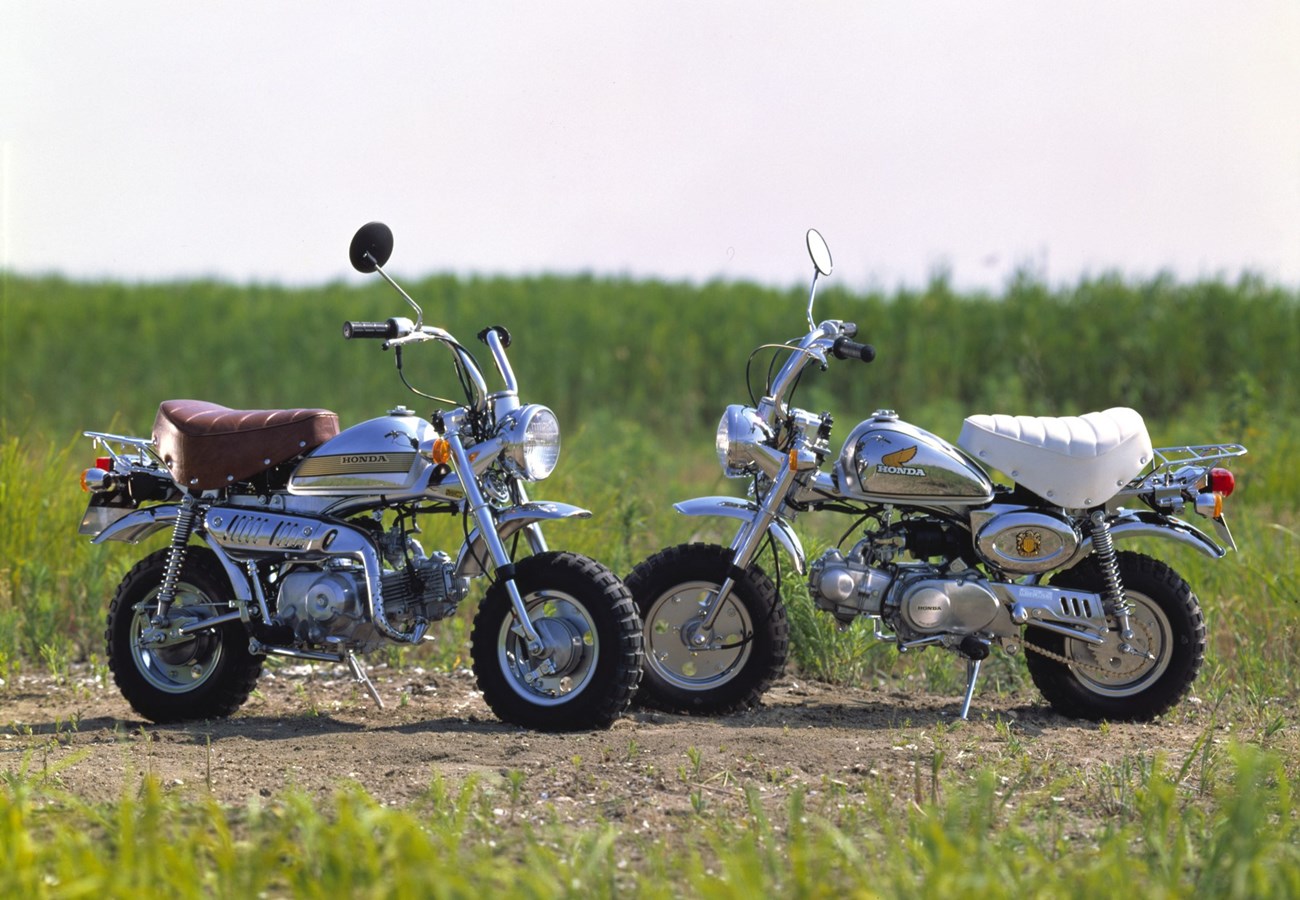 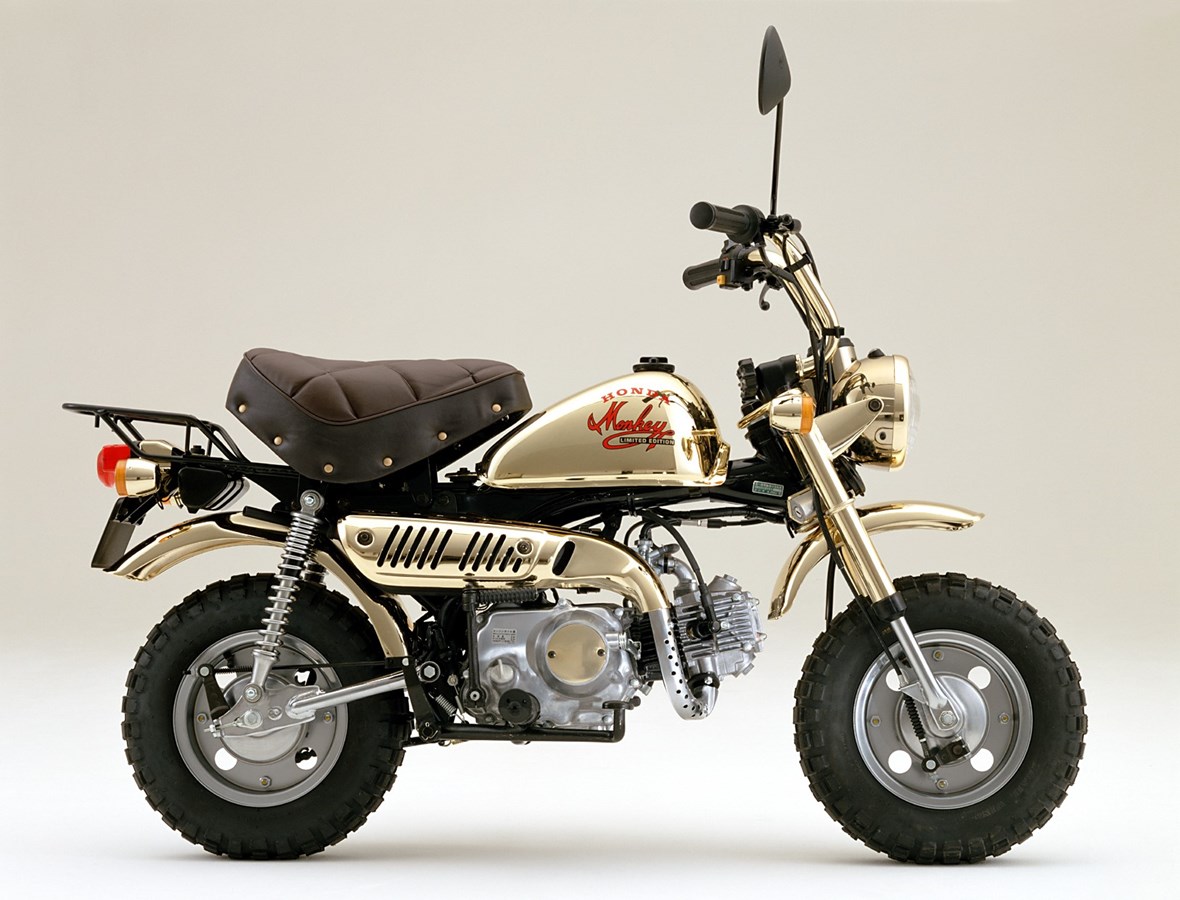 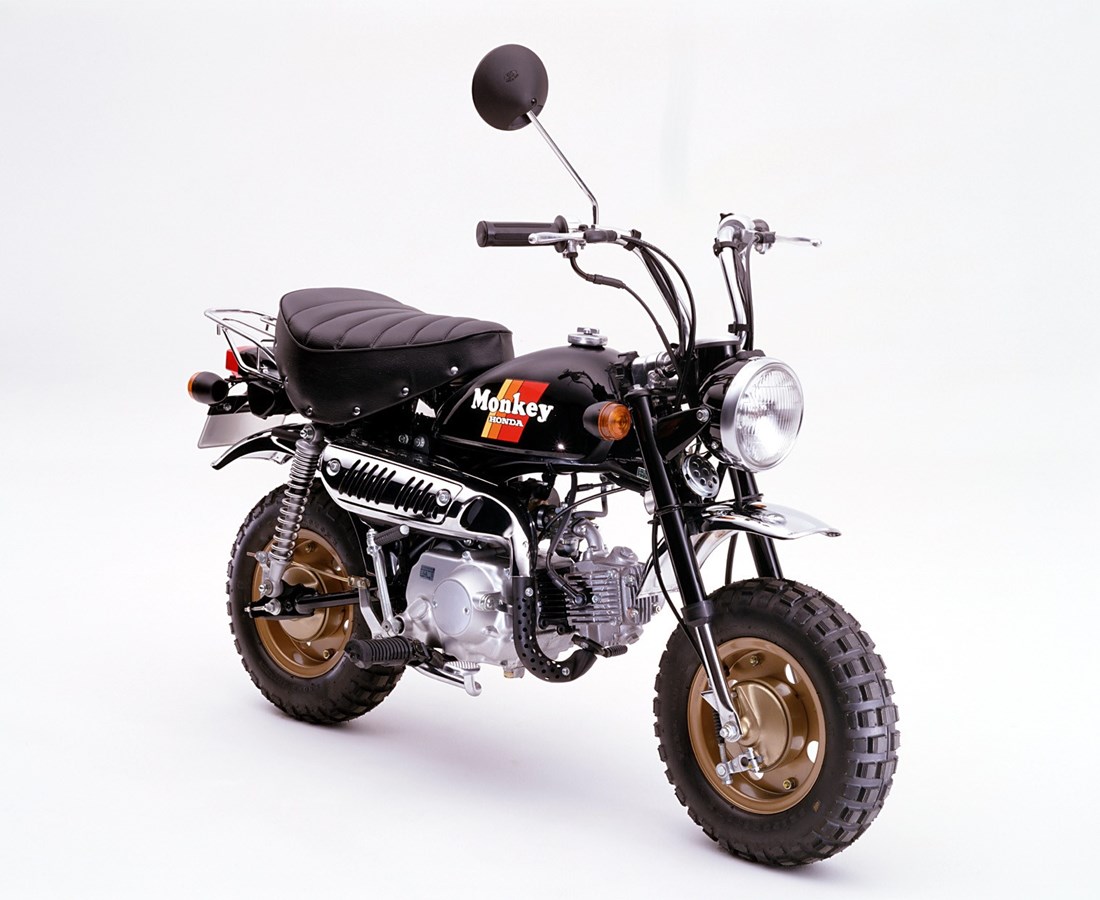 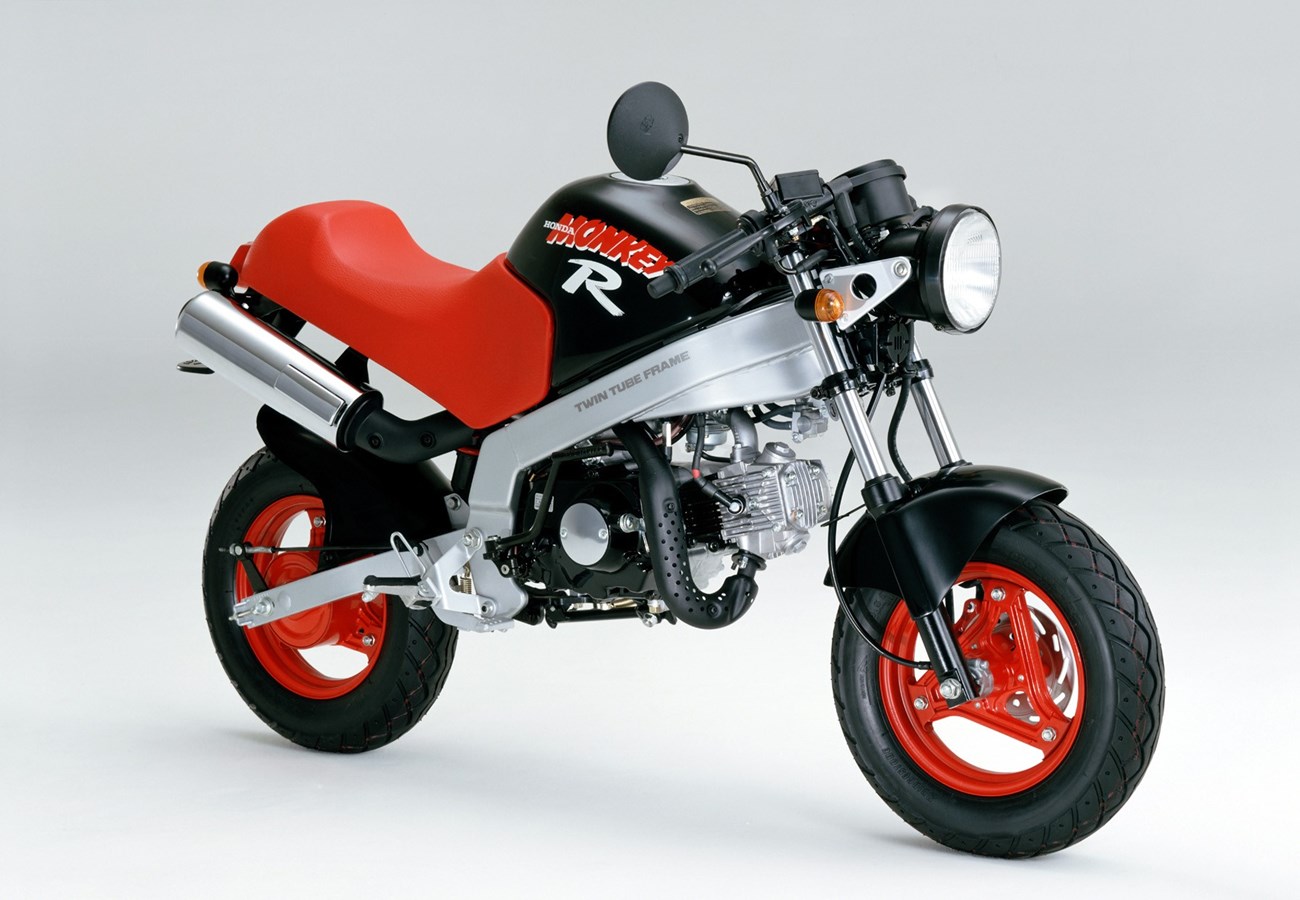 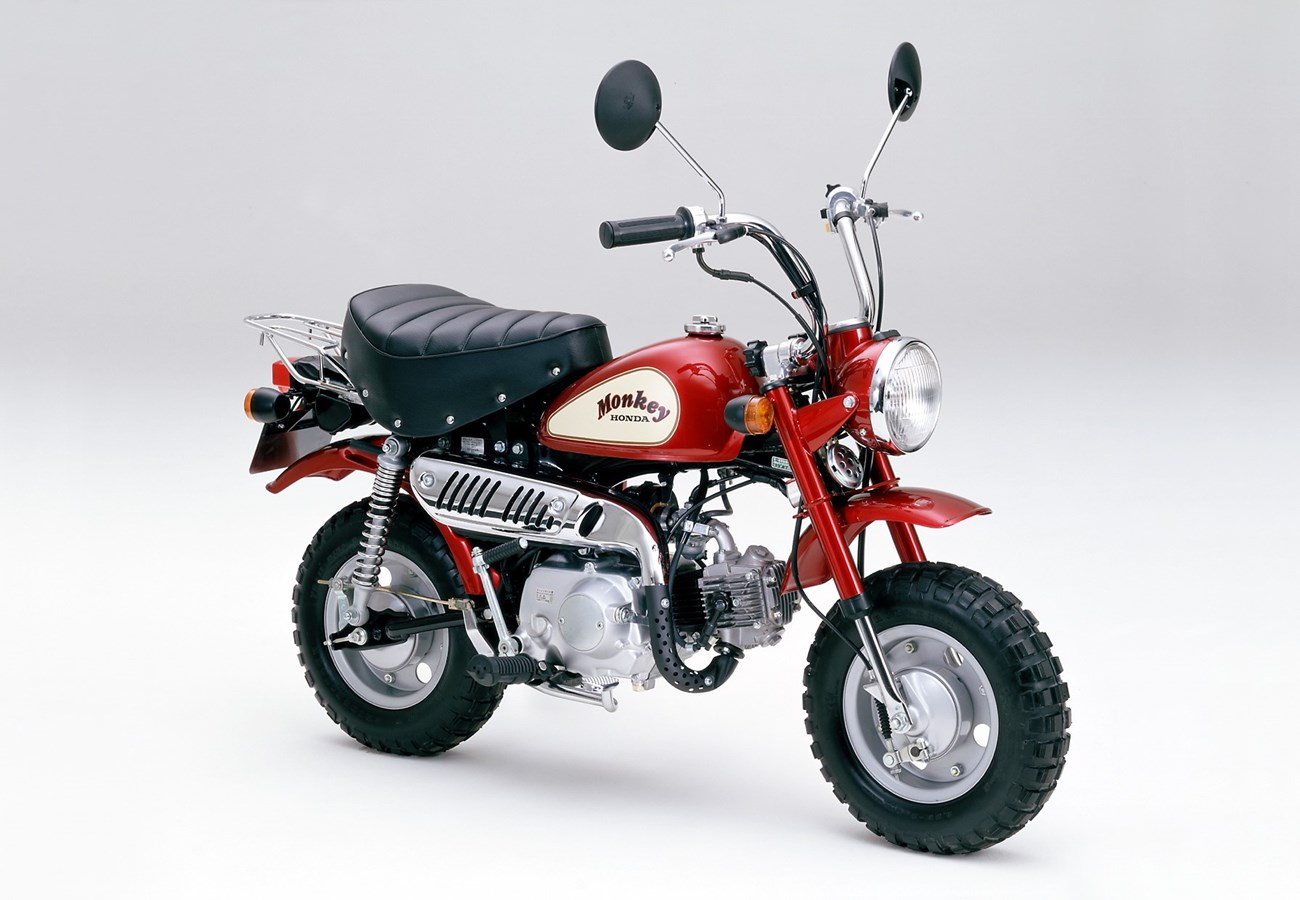 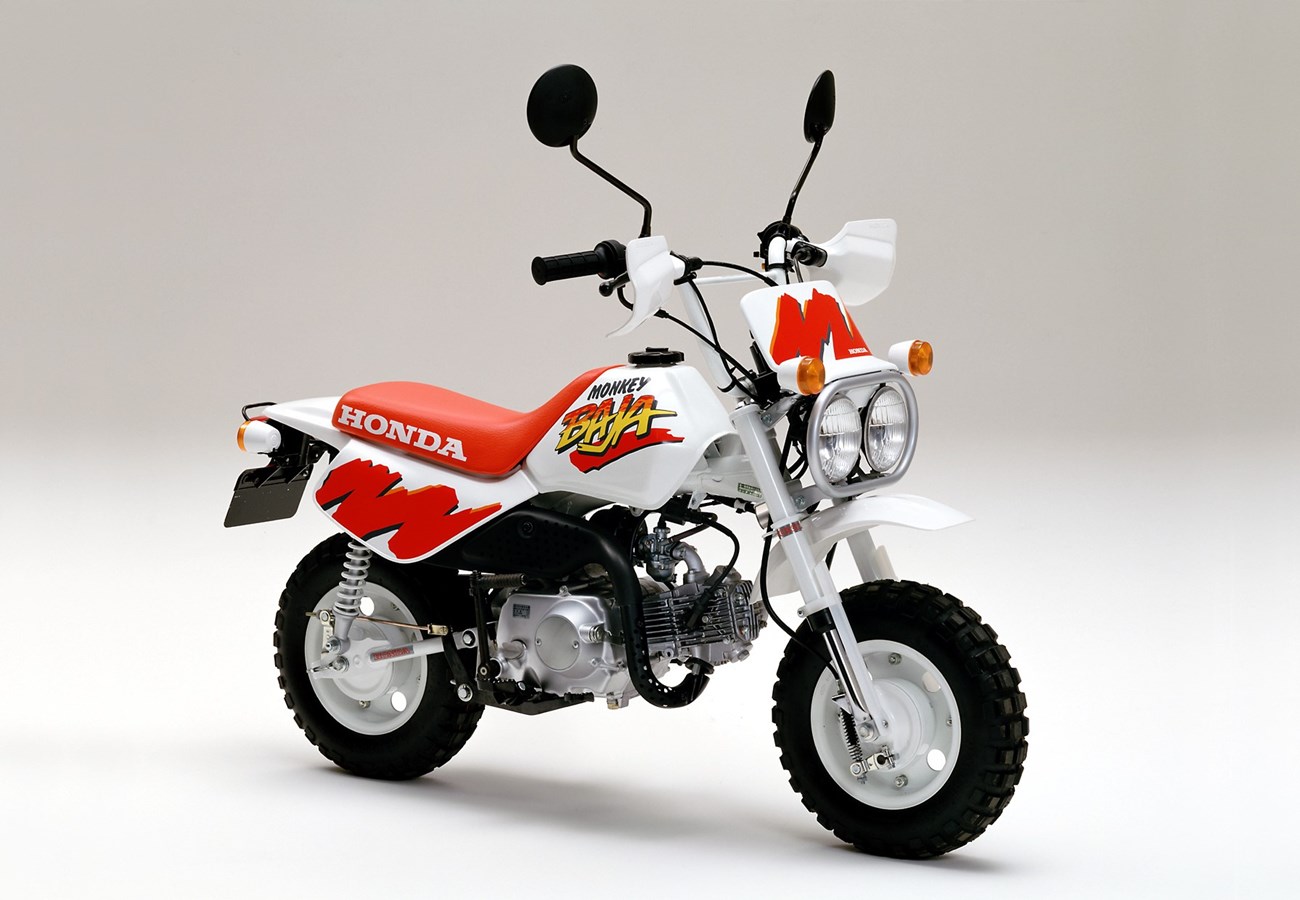 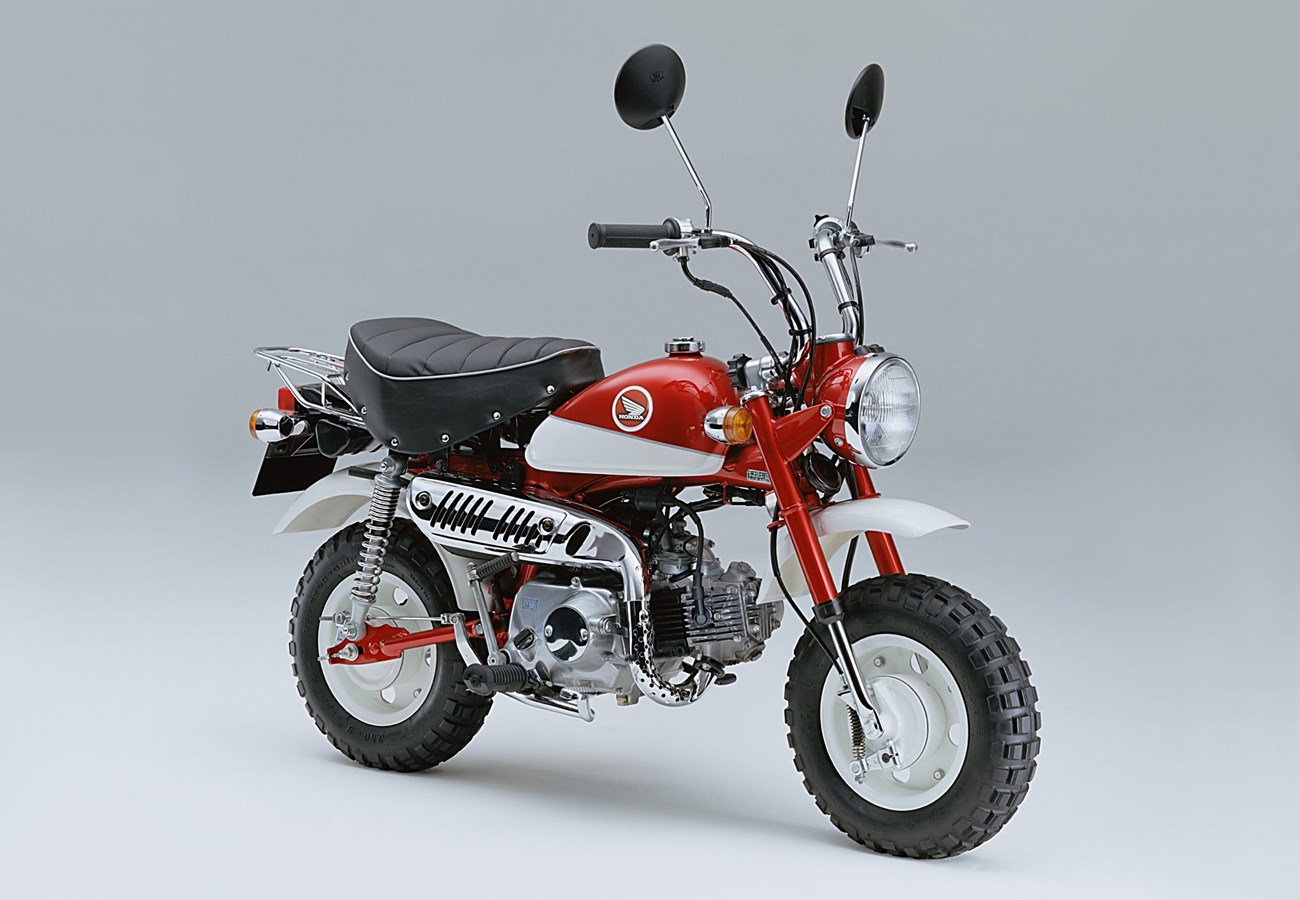 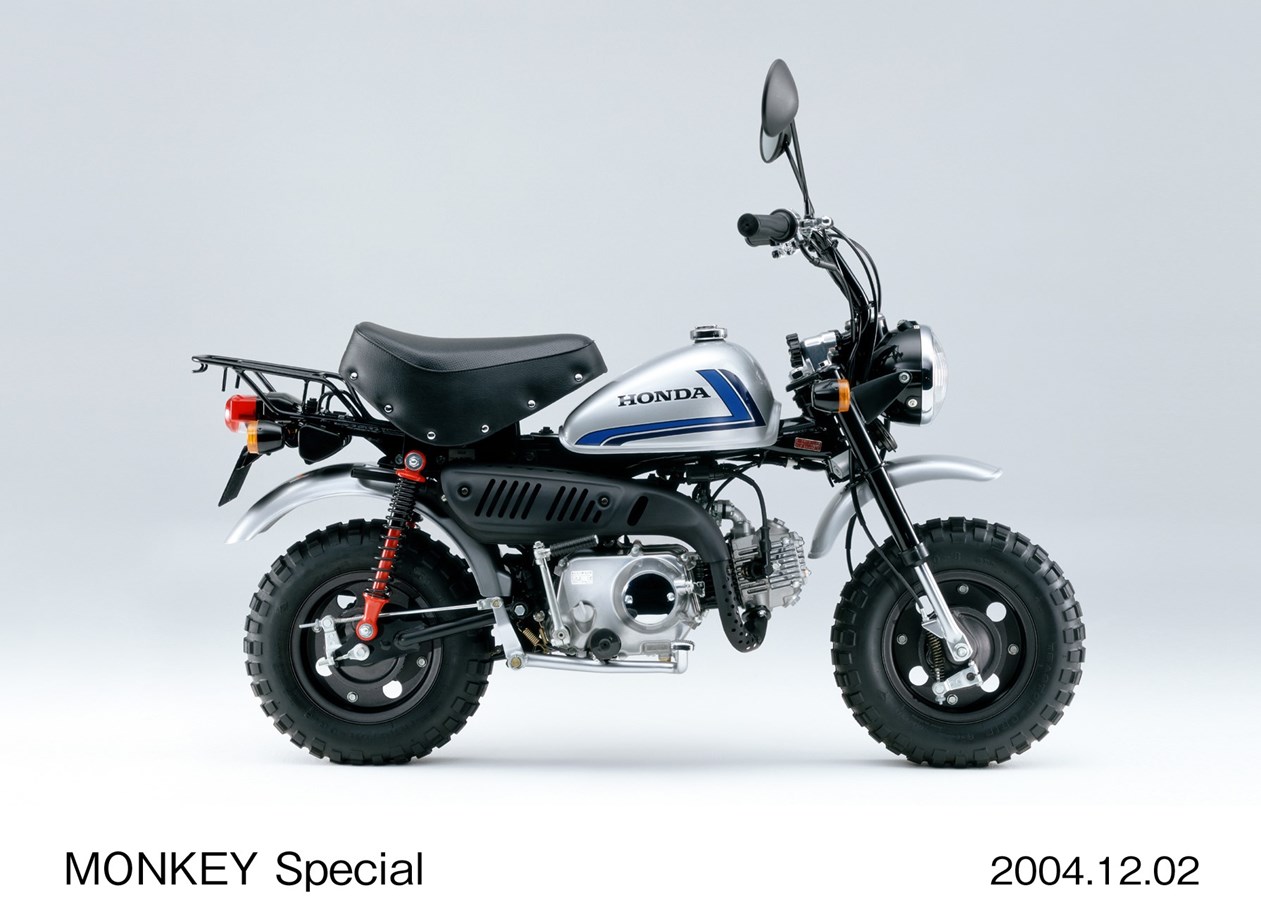 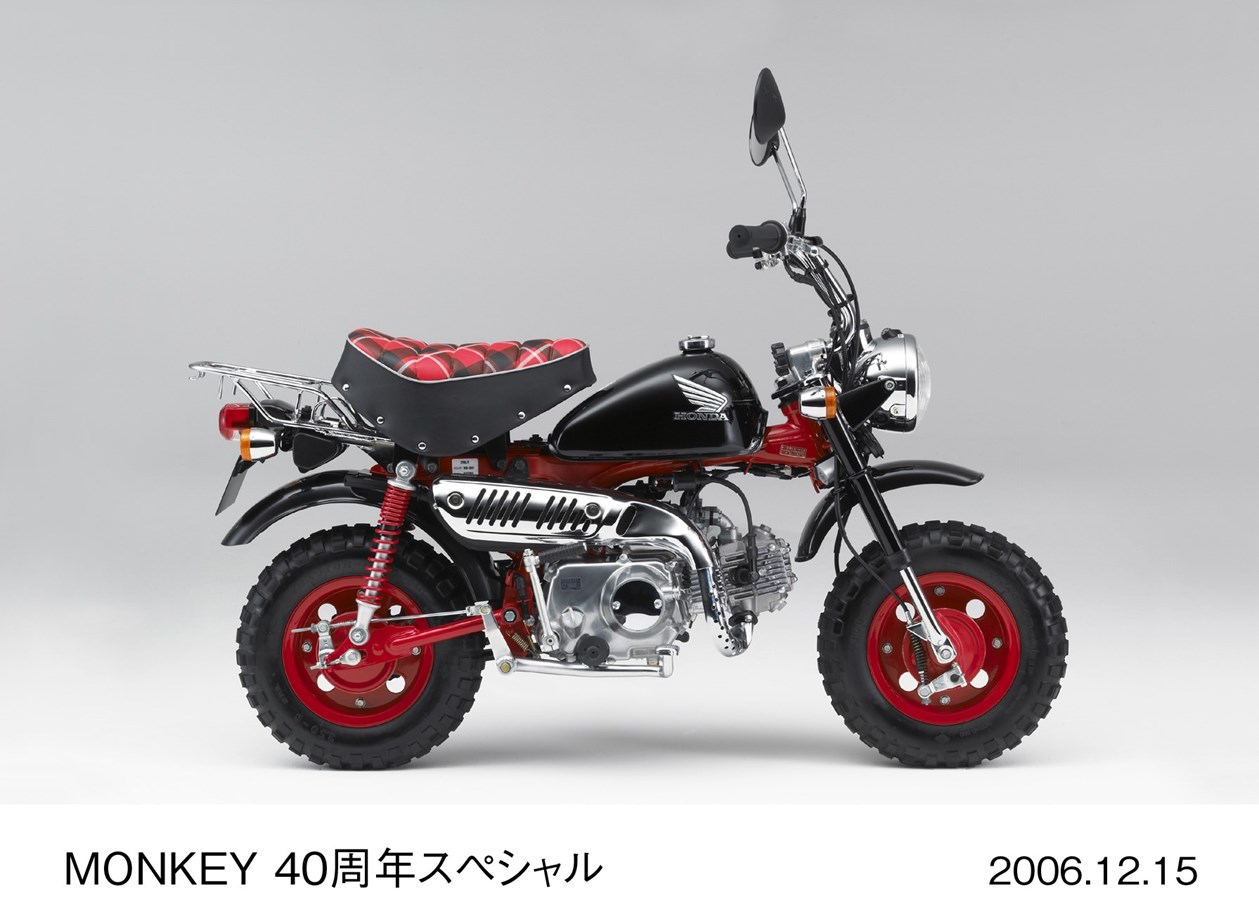 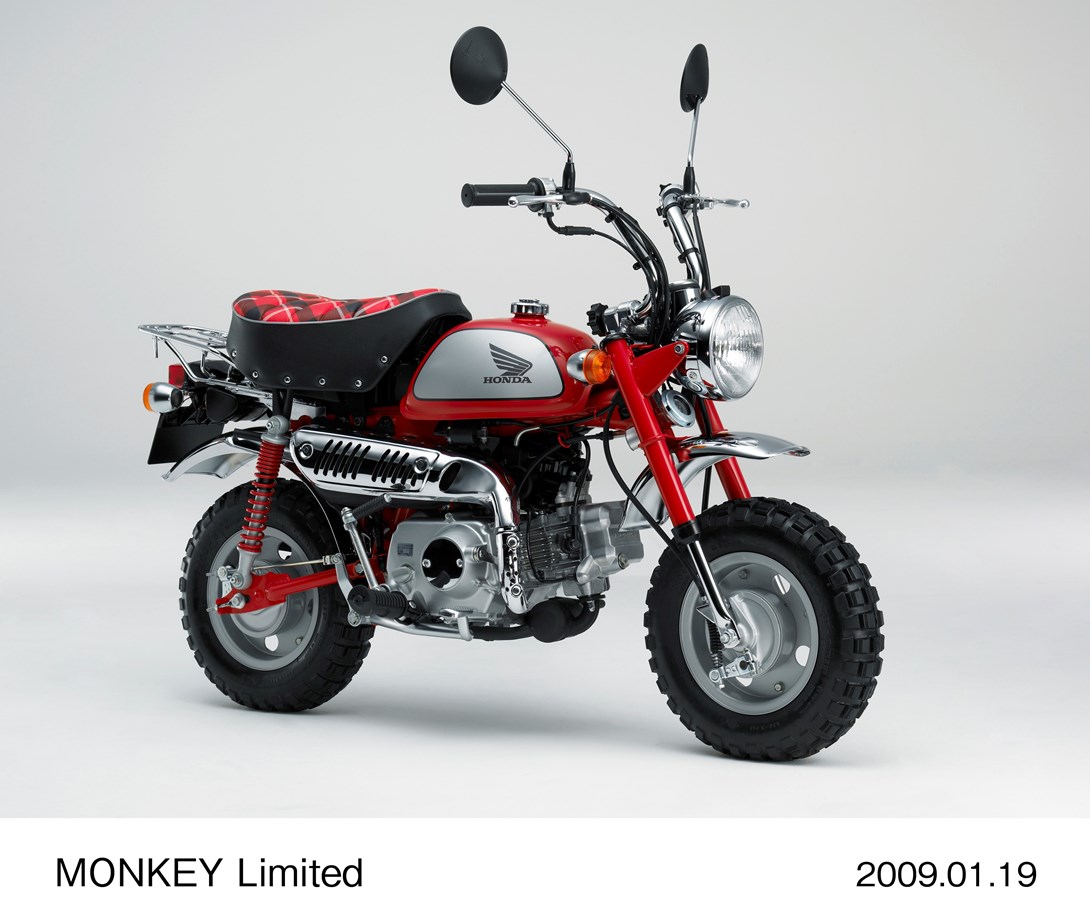 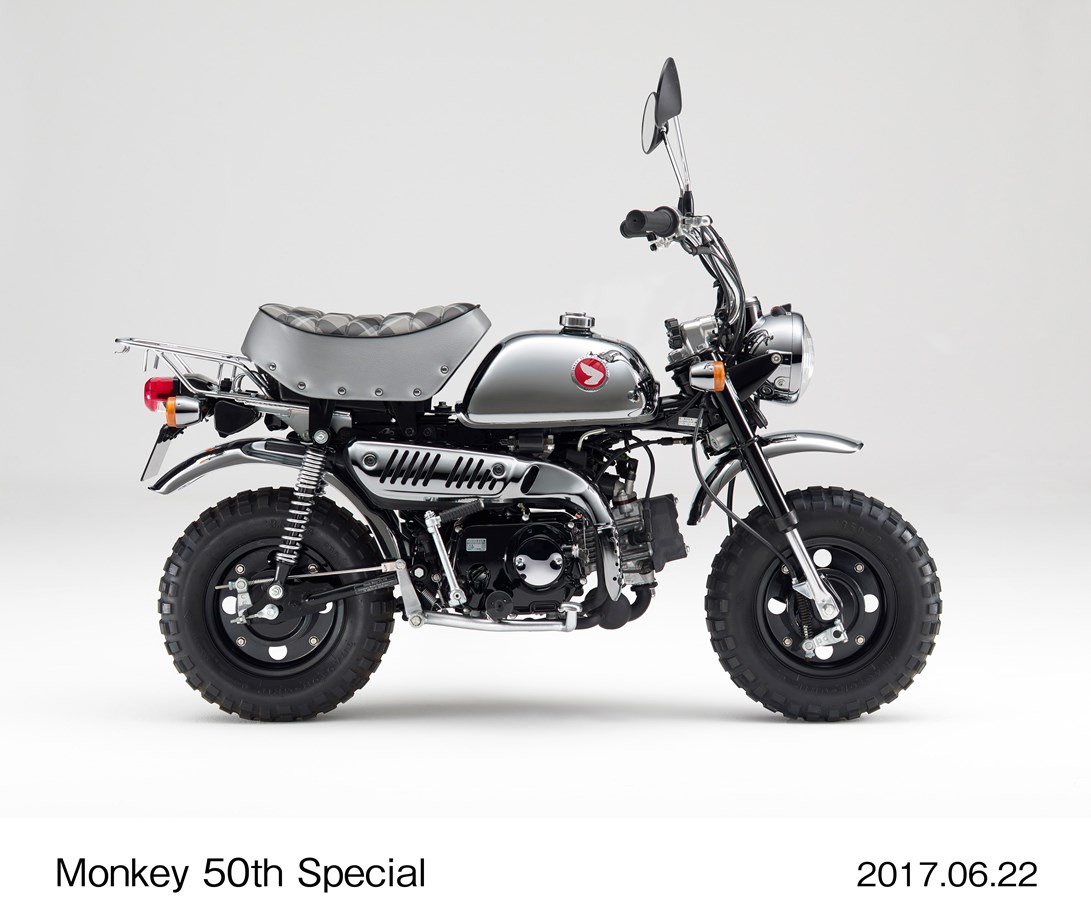 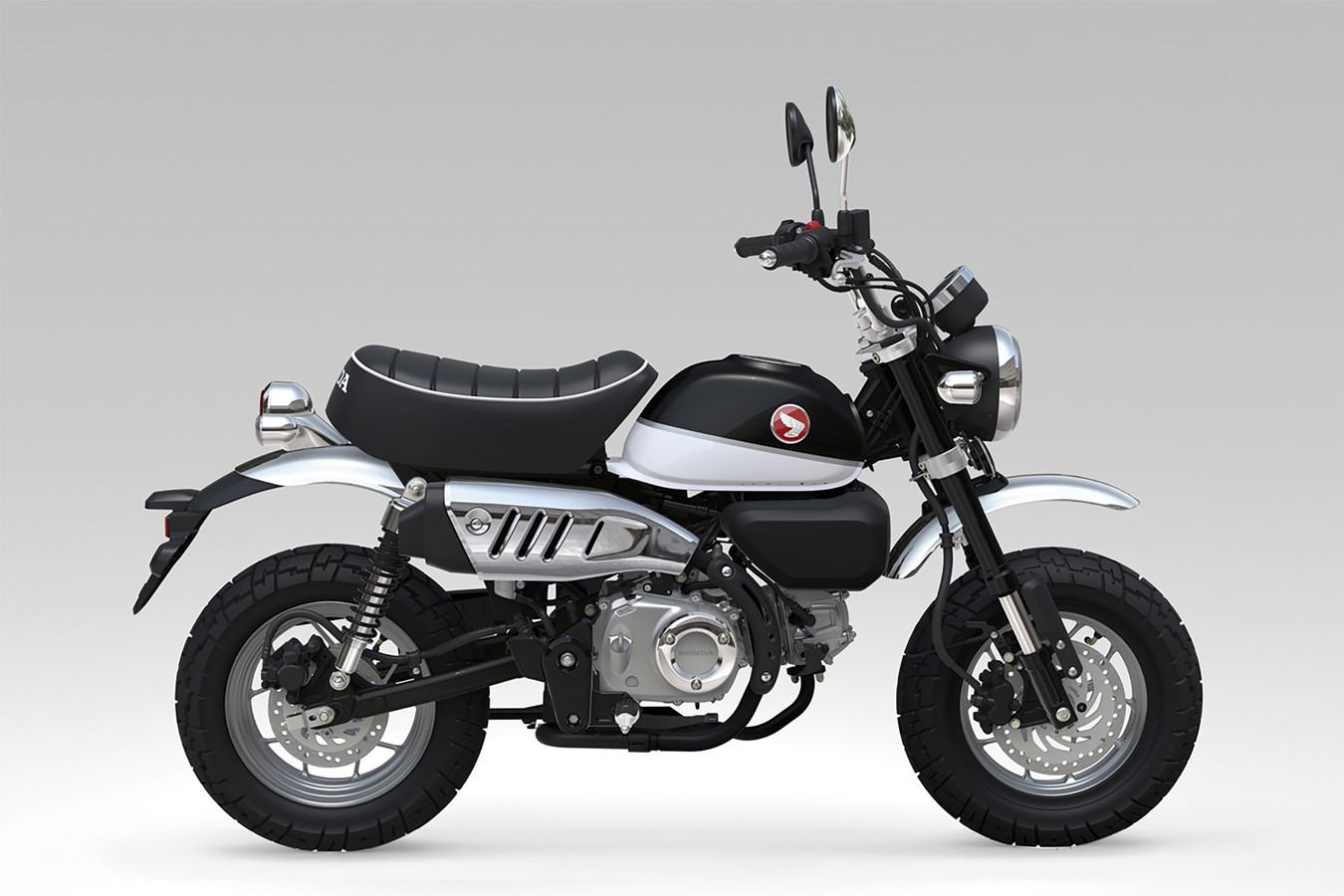 An all-new Monkey 125, re-imagined for the 21st century, takes to the roads of Europe 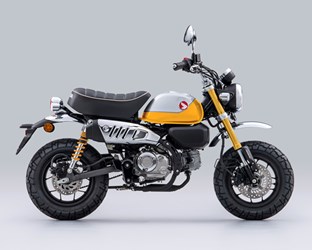 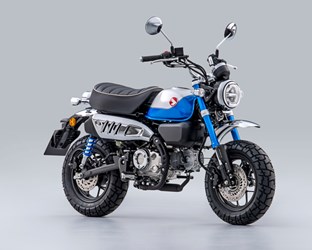