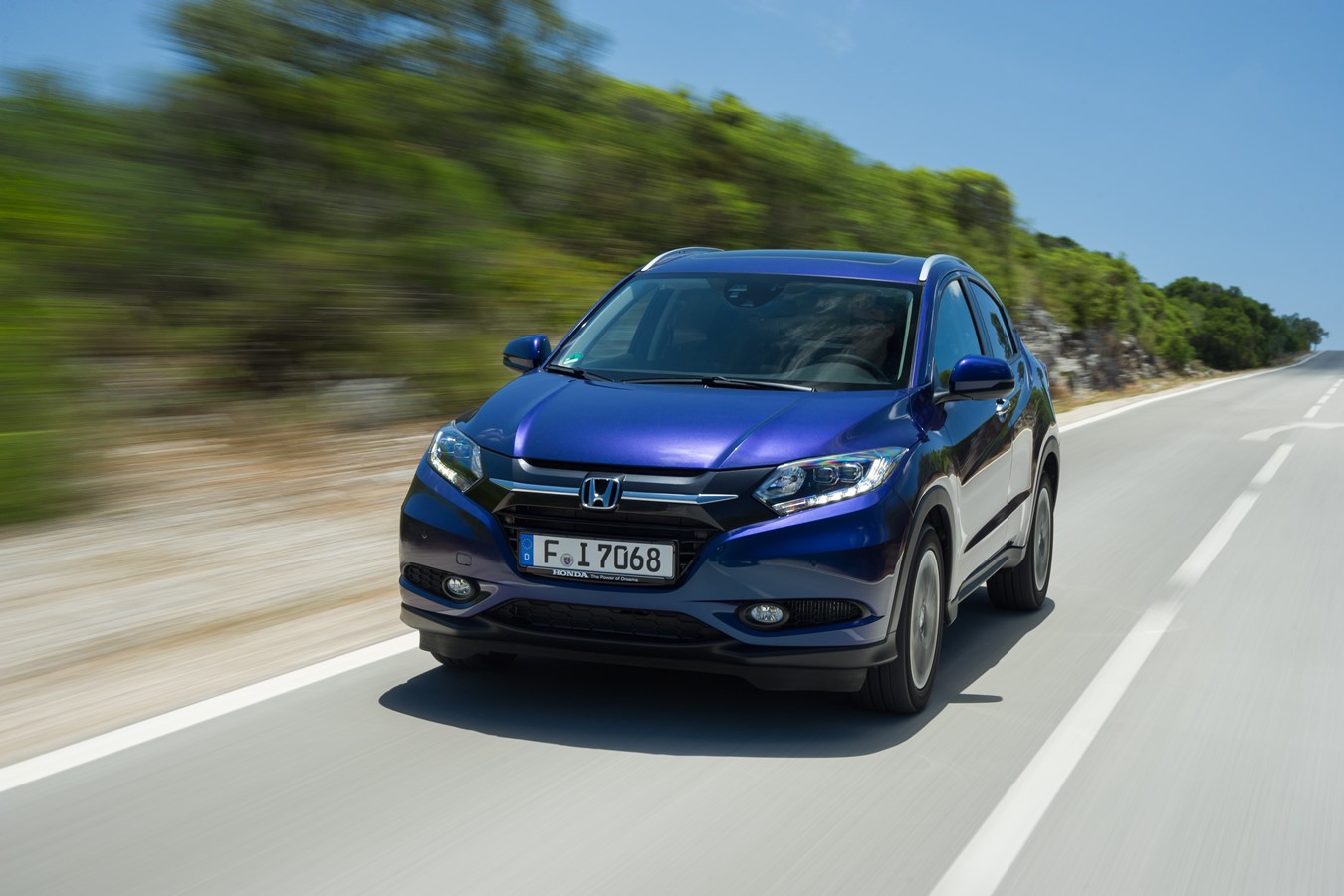 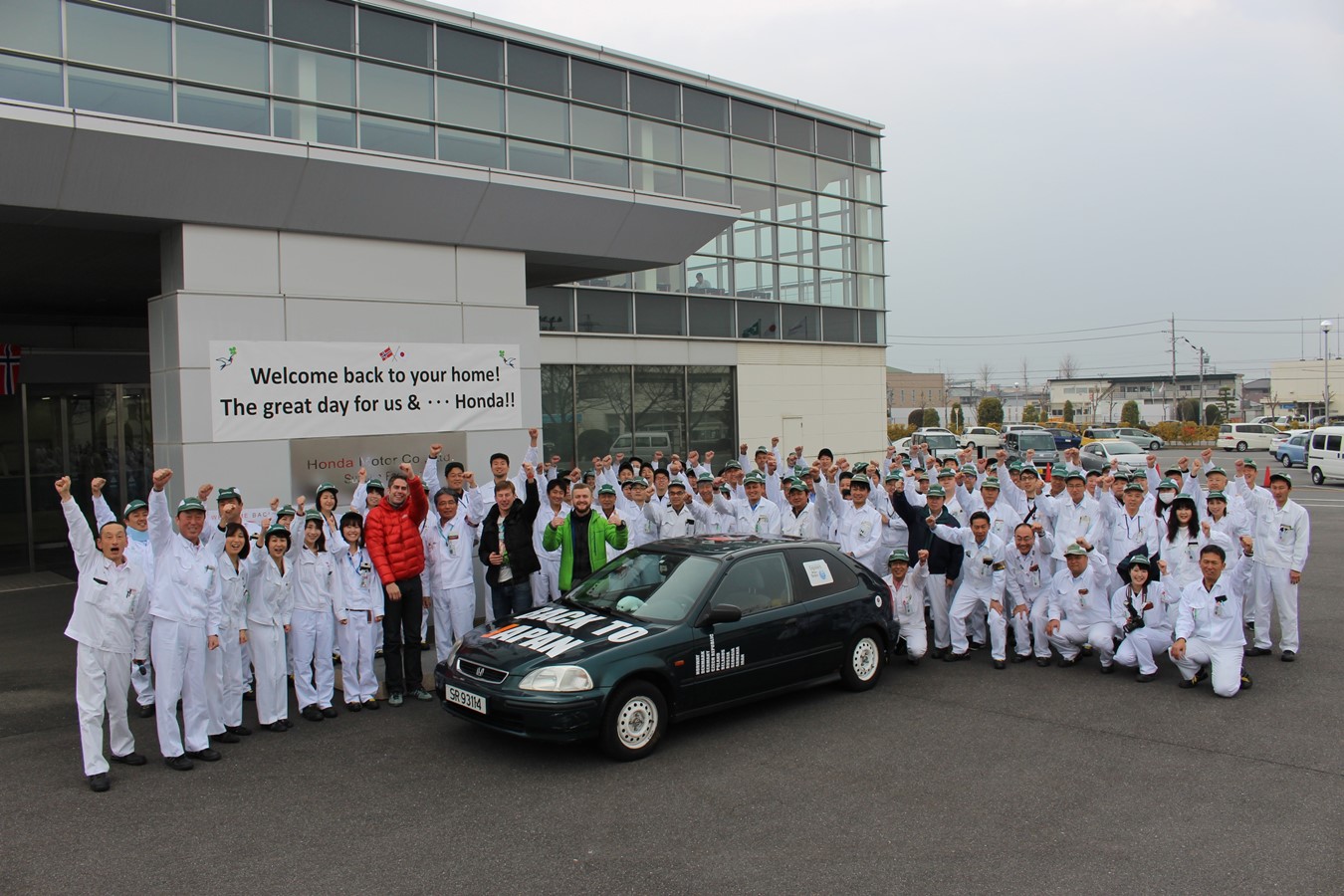 Three engineers have successfully completed a drive from Norway to Japan in their Civic, a distance of over 10,000 kilometres. L Team Productions undertook the journey to give lectures and practical demonstrations of engineering along the route. The sixth generation hatchback, named ‘Lastochka’ (‘Swallow’ in Russian), saw the team initially drive from Norway to Iran, before turning east through Kazakhstan, Mongolia, China and Korea. The team arrived at the Suzuka factory to be greeted by Honda associates.

Honda’s HR-V picked up two further awards this month, taking its tally to four since its return to European showrooms late last year.

UK publication Automotive Management (AM) awarded HR-V New Car of Year. The award was voted for by AM’s dealer audience. Philip Crossman, Managing Director of Honda UK, commented: “This is a fantastic accolade for the new HR-V to pick up and just shows how popular the car is proving with both dealers and customers alike.”

Ahead of the London Triathlon Show in February, three of Honda’s UK racing stars took part in a triathlon with a twist: a Honda-powered challenge which saw them compete in boats, on motorcycles and in cars. The race featured British Touring Car Championship driver Matt Neal alongside British Superbike Riders Jenny Tinmouth and Dan Linfoot and motorcycle journalist Jonathan Pearson. The competitive bunch fought howling winds of up to 70mph to pilot a 10 horsepower Honwave inflatable boat around a lake, followed by a circuit of the woods on a Honda CRF 250 dirt bike, before tackling a mixed terrain course in a CR-V.

To see who took home the trophy, watch the full video here. You can read more on this story here.

The Honda Civic has been named the best compact car by the DEKRA used car report. The ninth generation model was praised for its agile handling, large boot space, standard safety equipment and magic seats. The DEKRA Used Car Report is collected from vehicle-specific faults for a model over two years from vehicle testing in Germany.

Honda President & CEO Takahiro Hachigo held a press conference in Japan to share his future vision and direction for the company. The conference focused on the advancement of Honda’s six region global operation structure and the development of challenging products unique to Honda.

He went on to conclude “Honda will strive to create values which make people’s lives and life styles more enjoyable. What keeps us driving toward this end is “The Power of Dreams.” While always keeping this in mind, all Honda associates will work as one team in our respective areas while demonstrating the power of “Team Honda” to the fullest extent.” 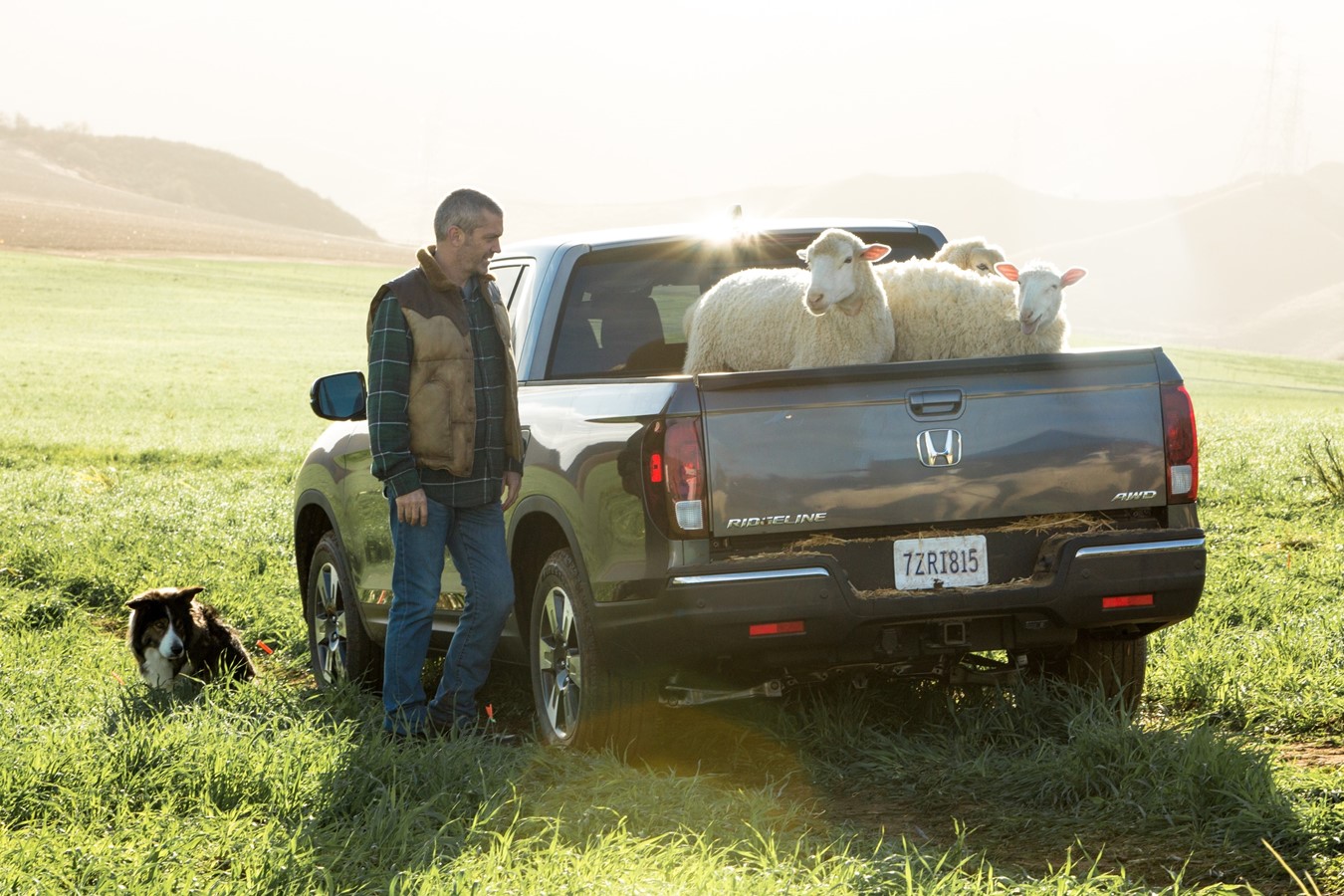 The 2017 Honda Ridgeline took centre stage in a new commercial which made its television debut during the fiftieth Super Bowl . The advert starred the new Ridgeline pickup, a skilled herding dog and a flock of sheep singing a classic Queen song, "Somebody to Love." Directed by Oscar-nominated director Bryan Buckley — dubbed "King of the Super Bowl" for his role in bringing to life more than 40 commercials for the big game — the new Honda commercial imagines how a rancher might use Ridgeline's industry-first factory fitted truck-bed audio system. The all-new 2017 Ridgeline television spot marks the Honda brand's first official Super Bowl commercial since 2014.

Honda swept the Kelley Blue Book 2016 'Best Family Car' awards with models chosen in each of the evaluated vehicle categories. The 2016 Civic, Accord, HR-V, CR-V, Pilot and Odyssey have been recognized by KBB.com's expert staff of editors for their ability to meet the needs of families, with a keen focus on safety and performance. More than 20 family vehicles were reviewed by the KBB.com editorial team before choosing their top 16 choices.

"This recognition by the experts at Kelley Blue Book of six of our core models is affirmation that Honda has the best possible choices for families of any size," said Jeff Conrad, senior vice president and general manager of sales, Honda Division at American Honda Motor Co., Inc.

Five Honda models have been honoured with six "Best Cars for the Money" awards by U.S. News & World Report. 2016 Civic picked up best Compact Car, while HR-V took best subcompact SUV. Fit took double honours, with best subcompact car and best hatchback. There were also awards for Odyssey and Pilot in their categories.

The "Best Cars for the Money" methodology combines quality and value data into a composite score. Within each of 21 award categories, the vehicle with the highest score is named the "Best Car for the Money" in that category 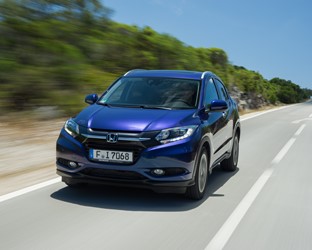