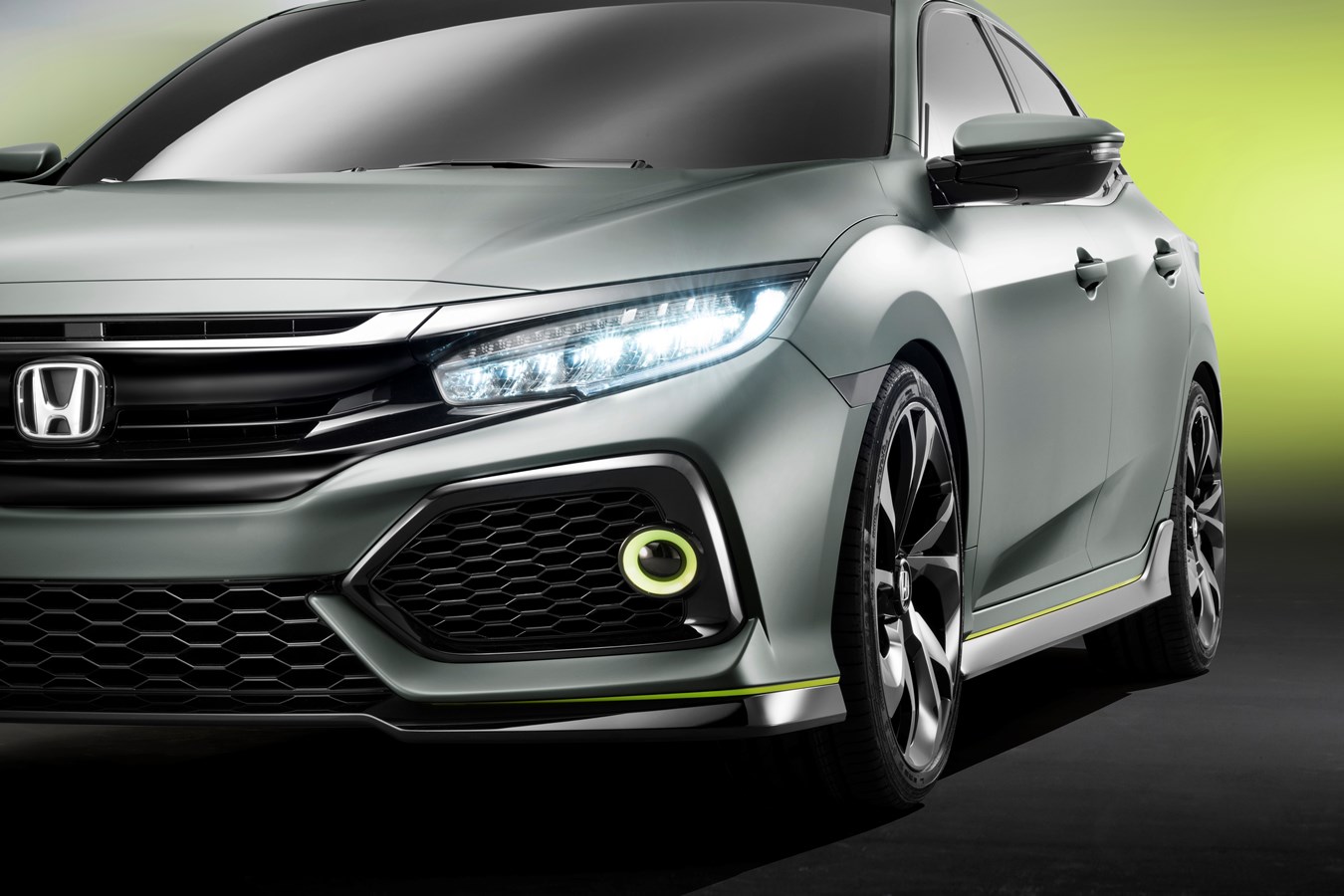 Honda unveils the next step in the renewal of its European car range at the 2016 Geneva Motor Show, including the global premiere of the Civic Hatchback Prototype.

The Civic Hatchback Prototype receives its global premiere at Geneva Motor Show, previewing the exterior design of the all-new hatchback model, scheduled for a European launch in early 2017. Produced at Honda of the UK Manufacturing (HUM), the car will be exported to global markets, including the US.

Following the announcement of the start of customer sales in the US at Detroit motor show, Honda confirms the first European customer deliveries for the Honda NSX will begin in 2016. The NSX features classic low and wide proportions married to modern and alluring surfacing, an aggressive front design, and rear lights that pay homage to the original NSX. The new hybrid supercar has an all-new mid-mounted DOHC V6 engine with twin turbochargers mated to a specially-developed nine-speed DCT.

Inheriting the “go anywhere” spirit of its celebrated predecessors, the all-new CRF1000L Africa Twin packs an innovative and powerful parallel twin-cylinder engine into a lightweight, agile chassis ready for true adventure both on and off road, whether crossing continents or commuting.

The next-generation Civic hatchback makes its global debut in prototype form at the 2016 Geneva Motor Show. The design of the prototype heralds a significant step-change from previous versions of Honda’s core European model, focusing on provocative design and rewarding driving dynamics.

Jean-Marc Streng, General Manager of Honda Motor Europe, Automobile Division, commented: “The Civic is a core model for Europe with a strong sales and manufacturing heritage in the region. For many European customers, Civic is synonymous with the Honda brand. The all-new Civic hatchback continues this tradition, and we hope will continue to be a key volume pillar for the European business. We are excited to be developing this next generation model and look forward to its introduction in early 2017.”

A distinctive design and sportier Civic

The all-new Civic hatchback will be 30 mm wider, 20 mm lower and 130 mm longer than the current generation. New larger and wider wheels and tyres give a feeling of an assured stance, while the long wheelbase, short overhangs and sleek cabin area further add to the dynamic feel of the exterior.

At the front of the car, a short overhang with large air intakes presents a sharp and aggressive interpretation of Honda’s family face. LED headlights and daytime running lights flow from beneath the boldly sculpted bonnet into accentuated wheel arches.

The sleek and swept-back body lines continue along the side of the car with a swage line that incorporates front and rear door handles before culminating in the distinctive C-shaped LED rear lights. A second, lower character line extends from behind the front wheels up through the doors and meets the rear wheel arches, emphasising the car’s dynamic forward-leaning stance. At the rear, the bumper incorporates angular creases and vents, designed to echo the aggressively styled nature of the rest of the car.

Daisuke Tsutamori, Project Leader for the styling of the Prototype provides an insight into how the distinctive design was conceived and realised: “We knew that we needed to create a striking and stand-out exterior design that challenged conventional European compact styling while staying true to the original Civic’s core values. The result is a marriage of distinctive and sporty design, rewarding driving dynamics and versatile practicality.”

The all-new Civic Hatchback will feature a range of three powertrain options: 1.0-litre and 1.5-litre VTEC TURBO petrol engines, and a revised 1.6-litre i-DTEC diesel unit. Civic will be the first European model to feature the two all-new petrol engines.

The all-new engines are part of Honda’s growing Earth Dreams Technology range and aim to deliver a combination of dynamic performance, a class-leading output for their displacement and excellent fuel economy.

Based on a completely new engine structure and harnessing newly developed turbo systems, the petrol engines feature variable valve motion technology to reduce friction and achieve class-leading output and environmental performance. A turbocharger with a low moment of inertia and high responsiveness, together with direct injection technology seek to achieve an optimum balance between high output and torque, above those of conventional naturally-aspirated engines.

Honda’s European production facility, Honda of the UK Manufacturing (HUM), will become the global production hub for the 10th generation Civic hatchback. Honda has confirmed investment of €270m in new production technologies and processes to prepare for the new model, which will be exported around the world, including the US. The investment is part of a long-term vision for the European plant in Honda’s global operations.

Jason Smith, Director of HUM, commented, “By establishing HUM as a global production facility for the all-new Civic hatchback, Honda is demonstrating its long-term commitment to manufacturing in the UK and Europe.

This is incredibly important for HUM and is a reward for the commitment and effort put in by Honda associates in recent years. As a global production facility for the Civic hatchback we look forward to making the most of the opportunity to export this model not only to our European customers, but also to key global markets.”

Following the clamour and excitement of its official launch in the US, Honda today announced further European launch details for the all-new Honda NSX.

Customer order books will open in April, with prices starting from approximately £130,000(UK) and €180,000 (Germany). Interested customers can learn more by going to Honda’s website, where an NSX landing page will provide more information.

Honda has confirmed that Europe will be the leading export region for sales of NSX, and will be sold through a limited network of authorised dealers in key European locations.

Deliveries of the first NSX in Europe are to commence during Autumn 2016.

* Approximate pricing confirmed for UK and Germany. Pricing in other European markets will be confirmed closer to launch and will reflect local taxation

About the Honda NSX

Specifically created to bring a “New Sports eXperience” to the supercar segment, the NSX challenges prevailing beliefs about supercars as much as the first generation did a quarter of a century ago. The NSX features classic low and wide proportions married to modern and alluring surfacing, an aggressive front design, and rear lights.

At its heart is an all new longitudinally mounted twin-turbo V6 engine that is mated to an all-new, Honda developed 9-speed DCT with an electric motor that applies its torque directly to the crankshaft for higher output with immediate power delivery to the rear wheels.

The NSX will be manufactured exclusively at the Performance Manufacturing Centre (PMC) in Marysville, Ohio, where approximately 100 highly-skilled low-volume production specialists will conduct full body construction, paint, and final assembly.

Packaging of the Clarity Fuel Cell is inspired by Honda’s guiding design principle of man maximum, machine minimum. By minimising the space used by the powertrain, Honda has achieved a level of interior space that is comparable to fossil fuelled sedans. The size of the fuel cell stack and the power generation unit have been reduced through Honda’s advanced technologies to a size comparable to a V6 engine.

Despite the reduced size of the fuel cell powertrain, Honda has ensured world-leading fuel cell stack performance. Honda’s original wave flow channel separators are more advanced than ever, while the cells now feature a higher output and a more slender shape thanks to a 1 mm (20%) reduction in the thickness of each cell. These advances combine to make the fuel cell stack 33% more compact than the stack used in the original FCX Clarity. This improvement is highly impressive as it has been achieved in parallel with an increase in maximum output to 130 kW (177ps) to 100 kW and a power density increased by 60% to 3.1 kW/L, providing a perfectly smooth acceleration anywhere from zero to maximum speed.

The Clarity Fuel Cell, coupled with its efficient powertrain and reduced energy consumption can deliver best-in-class fuel cell vehicle range per tank of over 700km* (435 miles). Refuelling time of the Clarity Fuel Cell is comparable to that of a petrol powered car and takes up-to 3 minutes, providing further everyday convenience customers have come to expect with their petrol or diesel powered cars.

More information about the Clarity Fuel Cell can be found at: http://hondanews.eu/eu/en/cars/media/pressreleases/64954/honda-unveils-clarity-fuel-cell-at-the-2015-tokyo-motor-show

Honda has supplemented its CR-V SUV range with a new Black Edition for 2016. The Black Edition adds exterior and interior design elements to present a sporty and premium twist on the SUV. It will be available on 4WD models only, with a choice of 2-litre i-VTEC petrol or 1.6-litre i-DTEC diesel engines. The diesel can also be specified with a nine-speed automatic transmission.

The exterior of the CR-V Black Edition features running boards, a tailgate spoiler, 19” black alloys, a gloss black front grille and skid plates on the front and rear.

The 2016 Geneva Motor Show will see the debut of Honda’s new Jazz ‘keenlight’ Concept model. The new concept aims to attract customers who are looking for more emphasis on style, using sleek design elements and accessories in a custom copper colour called ‘keenlight’.

The keenlight theme extends to the interior with accents on the steering wheel, dashboard, and doorstep garnishes. Other interior accessories include customised floor carpets and leather upholstery.

Overall, the new concept aims to highlight the strength of Jazz for personalisation, and shows a vision for a potential future Jazz special edition.

Honda showcases two special editions of its Civic at Geneva Motor Show. First announced in January 2016, the Civic X* limited edition adds extra specifications to the car with no additional cost including colour-coded front bumper, rear skirt cover and wheel arches. Inside, the X is specified with the Honda Connect infotainment system. Civic X customers can also specify Garmin satellite navigation or a CD player for their limited edition cars.

The Civic Tourer “Style” adds 17” sport alloys, privacy glass, cargo net and a stainless steel loading edge cover. The cargo net can be positioned behind the rear seats to keep loads in place or behind the front seats when the rear seats have been folded flat.

Following its 1964 debut, Honda’s Formula 1 team started the 1965 season with fresh ambitions, a new single-seater (RA272) with a redline of 14,000 revs, and a very experienced driver in American Richie Ginther. After finishing 6th twice, the American gave Honda its first victory in Formula 1 at the Autodromo Hermanos Rodriguez in Mexico, in what was only the team’s ninth race. It was obviously the first victory for a Japanese single-seater in the entire history of the Grands Prix, and a wake-up call to more established teams from Europe.

The essential features of an adventure motorcycle – strong engine, tough chassis with long travel suspension, upright riding position and wide handlebars – ensure its usability whatever the terrain. This practicality has been key to the popularity of these machines: they are easy to ride, comfortable and adaptable, at home on the road whether touring mountain passes and highways or filtering through jammed city streets. And when the desire for a true adventure takes hold, they’re capable of traversing great swathes of distance after the tarmac runs out.

Inheriting the “go anywhere” spirit of its celebrated predecessors, the all-new CRF1000L Africa Twin packs an innovative and powerful parallel twin-cylinder engine into a lightweight, agile chassis ready for true adventure both on and off road, whether crossing continents or commuting. In addition to the standard model, two further versions are available: the first with switchable rear ABS and multiple mode Honda Selectable Torque Control (HSTC), and the second equipped with Honda’s unique Dual Clutch Transmission (featuring new off-road functionality), switchable rear ABS and HSTC.

For more information, go to: http://hondanews.eu/eu/en//media/pressreleases/62945/16ym-honda-crf1000l-africa-twin 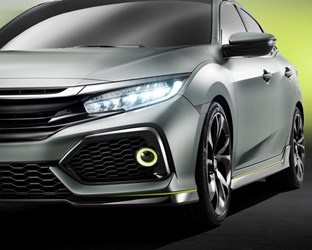 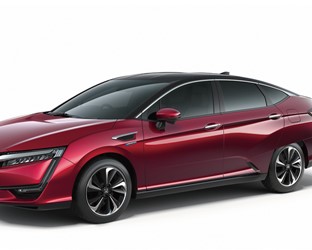