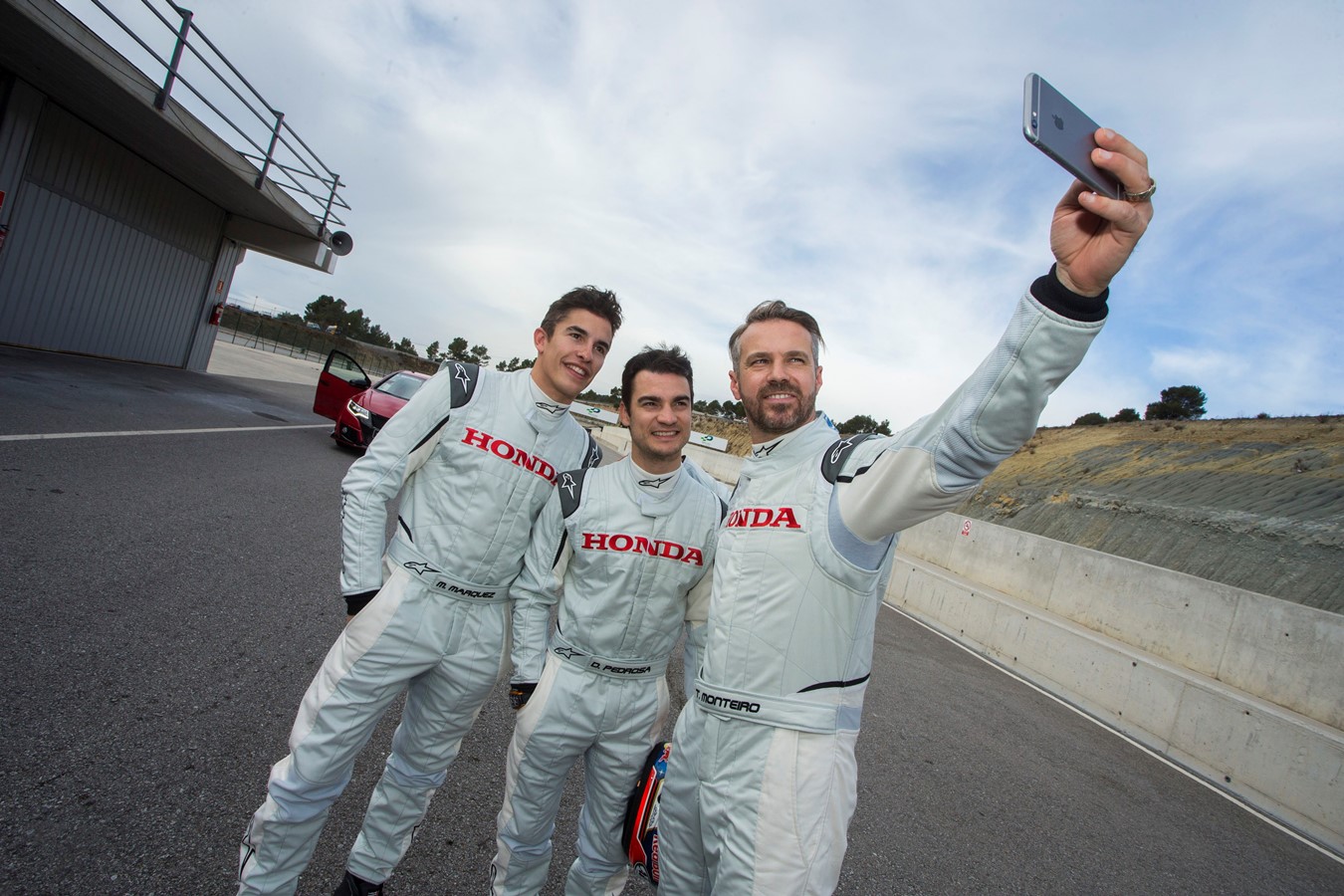 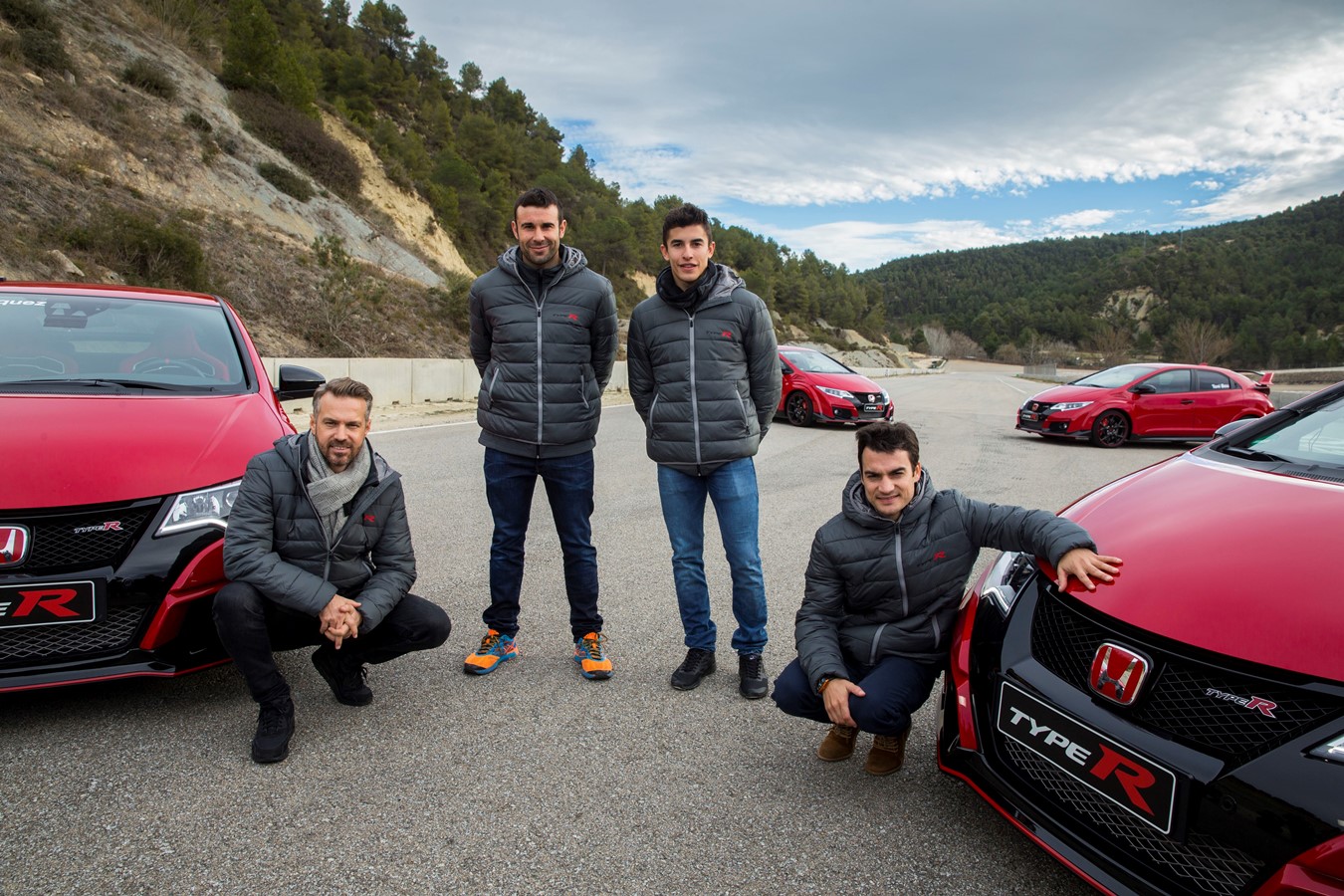 Honda’s motorsport stars from two and four wheels demonstrated the capabilities of the latest road going Civic Type R at the Castelloli Circuit near Barcelona. Castrol Honda WTCC driver Tiago Monteiro was joined by MotoGP riders, Marc Marquez and Dani Pedrosa and Repsol Honda trials legend, Toni Bou. Marc Marquez commented on the performance of the car saying “It's amazing that a car designed for road use can provide a sporty driving experience like the Type R does”. At the end of the day, Marquez, Pedrosa, Bou and Monteiro were given the keys to their own Civic Type Rs, which they will have at their disposal throughout 2016.

The Honda Civic Type R has been announced as a finalist for the World Performance Car of the Year 2016. Honda’s race car for the road has already captured such awards as ‘Sportscar of the Year’ from French magazine Echappement and a ‘Sport Auto’ award in Germany. The award is voted by a jury of 73 international automotive journalists, with the winner announced at the New York International Auto Show on March 24.

The all new Honda Jazz has been awarded Euro NCAP’s Best in Class Supermini 2015, following the attainment of a 5-star rating back inNovember. Jazz won the title from a field of nine competitors, thanks to the standard specification of a range of active safety technologies, including Honda’s City Brake Active system (CTBA). For more information, click here. 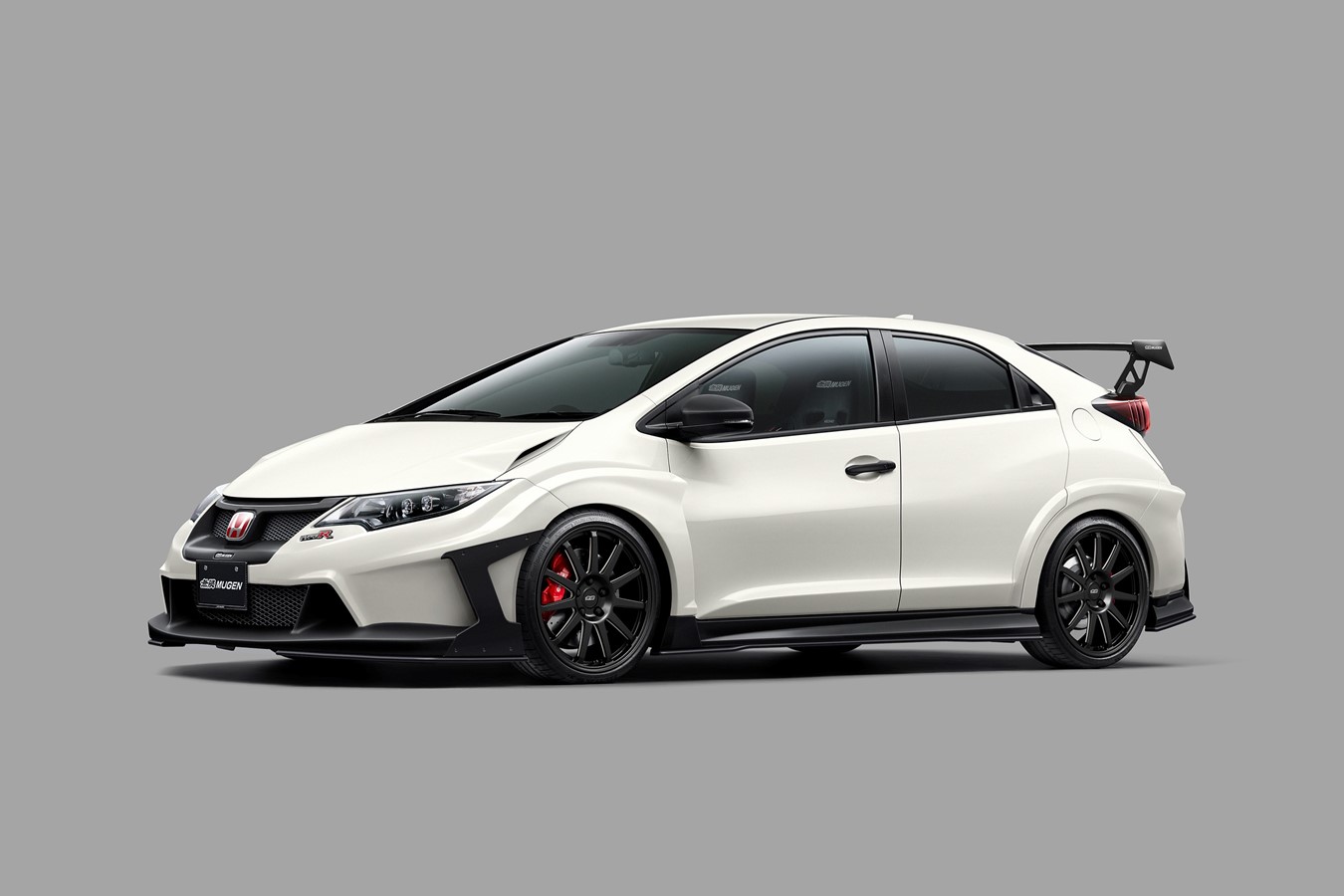 At the world’s largest customised automobile show, Tokyo Auto Salon, tuners have turned their attention to the new Civic Type R to give their unique twist on the race car for the road. Both Mugen and Modulo revealed Civic Type R concepts, adding even more aggressive body styling than the standard car. Honda Racing exhibited a range of its challengers from 2015, including the McLaren Honda MP4-30, the Super GT GT500 NSX CONCEPT-GT and Honda’s entry in the Japanese Super Formula series.

Honda Cars India Ltd. has announced the line up for the Delhi Auto Show which will start in February. Making its national premiere will be the all-new seven seat Honda BR-V. The Honda Project 2&4 powered by RC213V will be on the stand following its debut at Frankfurt Motor Show back in September. Away from Honda’s automobile range, the world’s most advanced humanoid robot, ASIMO will also be on display.

The Delhi Auto Expo will be held at the India Expo Mart and will be open to the public 5th-9th February 2016.

The all-new Honda Civic sedan has been awarded the North American Car of the Year award. The win is the second for the model in the award's history, following a maiden win in 2006.. In total, eleven Honda models have been named "finalists" for NACOTY awards since their inception in 1994, the most of any brand outside of the Detroit Big 3 automakers. The award was presented at the opening of the North American International Auto Show in Detroit and recognises the most outstanding car of the year based on factors including innovation, design, safety performance, handling, driver satisfaction and value.

Ludacris will perform to an expected capacity crowd at the 2016 Honda Battle of the Bands (HBOB) invitational showcase in his hometown of Atlanta. Talented student musicians from the nation's Historically Black Colleges and Universities (HBCU) will once again provide a unique display of showmanship, high-energy music and carefully curated choreography. The eight bands were selected through a process that included online fan voting, as well as feedback from band directors, HBCU presidents and American Honda representatives. In addition to a $20,000 grant from Honda to support their music education programs, each participating HBCU student will receive travel and accommodation to the Invitational Showcase in Atlanta.

Honda Racing has announced their refreshed World Touring Car Championship team for 2016. British driver and 2012 FIA World Touring Car Champion Rob Huff will be joining the Honda team. Talking about joining the team he said “Over the past couple of seasons, I’ve become very used to seeing the Civic WTCCs in front of me, so it’s terrific to have the chance to race one this year. I won’t be happy to finish my career as only a one-time World Champion, and there’s a tremendous opportunity with Honda and JAS to correct that statistic.” Tiago Monteiro will remain at Honda for a fourth season after having his best WTCC campaign in 2015 as he finished fifth in the championship. Norbert Michelisz will become the team’s third driver after racing a Civic WTCC for Zengo Motorsports for the past three seasons. 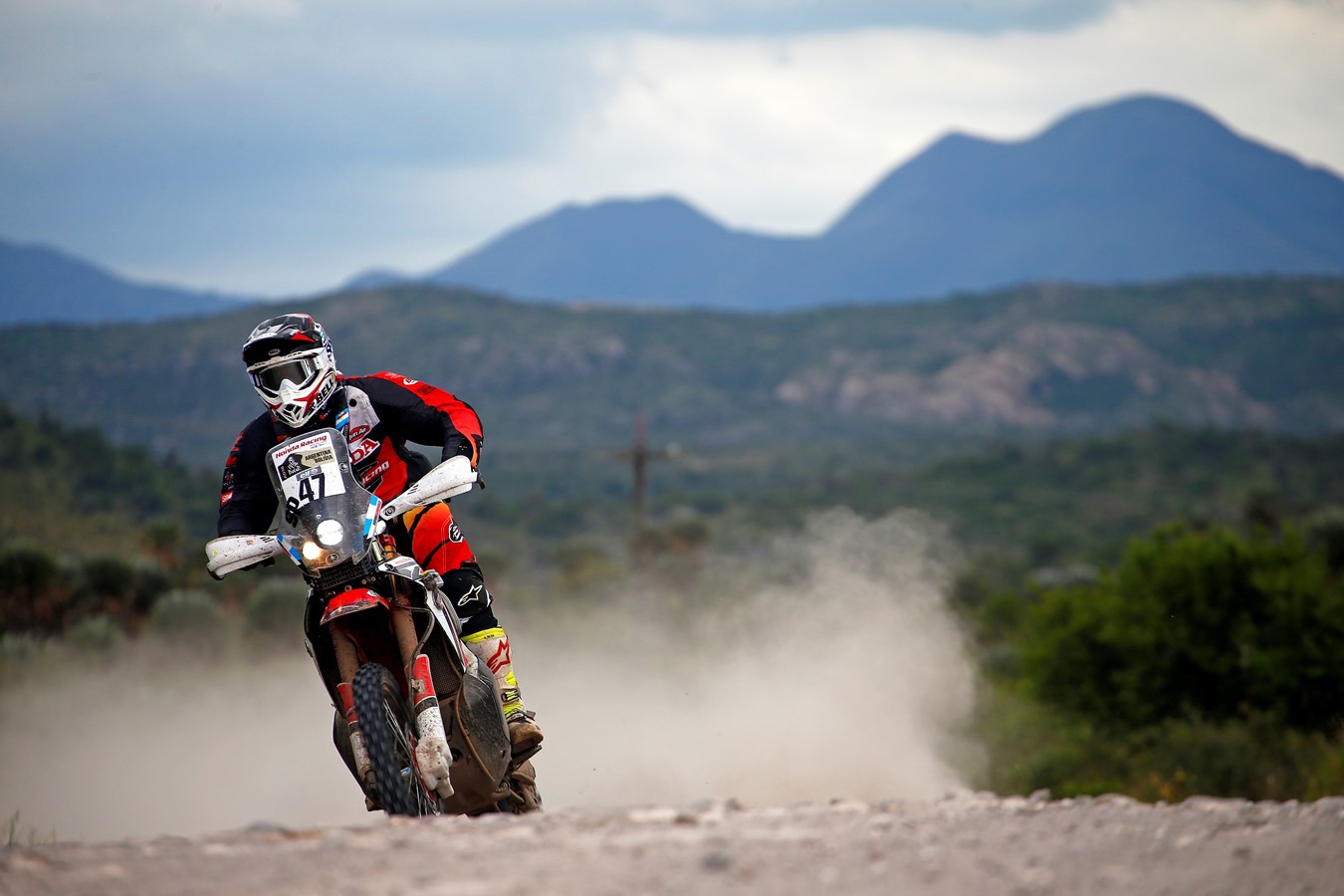 Team HRC concluded the Rally Dakar 2016 thinking what might have been. Lead rider Joan Barreda was fighting for the lead before succumbing to a hand injury. Paulo Goncalves, after leading the rally for three consecutive days, had to be airlifted to hospital due to a serious crash.

On a more positive note, Dakar rookie Ricky Brabec finished in ninth place overall, and was the lead HRC rider.

Meanwhile, the Honda South America Rally team were the best of the other Honda powered entrants with two finishers in the top 15 (Kevin Benvides, 4th and Adrien Metge, 11th) 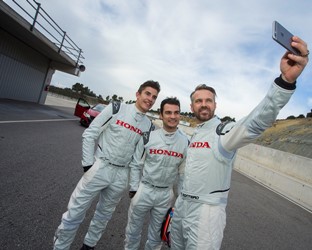